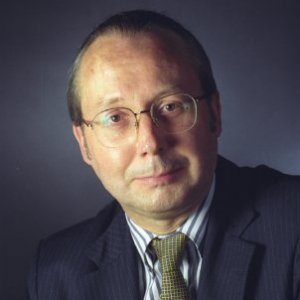 Mr. Vigouroux's most recent role was with the Saudi Industrial Development Authority (NICDP) for which he was in charge for 5 years of conducting and coordinating the creation & development of a full Automotive Value Chain in Saudi Arabia, ranging from the manufacture of parts, components and modules all the way to the full local assembly of automotive vehicles. The long-term objective being to develop a Saudi Automotive Zone constituted of several global OEMs assembling over 500,000 cars/yr, along with the industrial eco-system required to support these operations, i.e. Tier1/Tier-2 Suppliers and support services & businesses. The Section he was leading operated in direct interface with global automotive OEMs and global Tier-1 or Tier-2 automotive Suppliers.
Many major industrial projects came out of this activity, including some which were reported by the international Press, e.g. Isuzu Motors, Jaguar-Land Rover, etc...

Prior to this current role, he served as the Managing Director, France and Key Executive of Magneti Marelli Powertrain, a major Tier-1 automotive supplier belonging to the FIAT Group (2005-2007), where he was responsible for final P&L performance of the France Operations (about $180m/yr. with 360 people across 3 sites), profitable business growth and the overall relationship with all Customer OEM's.

Previously, he worked as a Global Customer Manager for Key Accounts at Delphi Automotive Systems Europe from 1996 to 2005. There, he was responsible for all OEM Business for Climate Control Systems & Interior Systems and grew overall business from $20m to $250m/yr. Prior to that, he worked as Business Development Manager - Europe at General Motors France from 1989 to 1996, for GM's Automotive Components Group (ACG), spearheading significant conquest sales at major European OEMs.

In addition, he worked at General Motors Corp. in USA for almost 5 years in various operating & managerial assignments in key functions such as Advanced Purchasing, Quality Assurance, Manufacturing and Global Program Management (1985 to 1989).

Didier holds a Master's Degree in Materials Sciences & Engineering from the University of Paris (1975) and an Executive MBA from INSEAD (1999). He now has over 30 years' experience in the Automotive Industry.

A renowned 6-week, on-campus, intensive mini-MBA program for high-potential in-position Executives sponsored by their current employer and designed to prepare them to Senior Management responsibilities & functions in multinational companies.

From: Mitali.Khanwani@synovate.com Sent: Wednesday, June 01, 2011 2:13 PM To: Didier J. Vigouroux Cc: JaeJin Lee (JaeJin.Lee@synovate.com) Subject: Hyundai Marketing Executive Round Table 2011 Dear Mr. Vigouroux, On behalf of Synovate, I would like to sincerely thank you for your participation and attendance at the Hyundai Executive Marketing Round Table 2011. I’m pleased to say that the event was very successful and enjoyed by all attending parties. Your expertise in the automotive industry was truly inspiring and enlightening contributing in great part to the success of the event. We hope to keep in touch with you for further co-operation in any upcoming Round Tables. Best Regards, Mitali Khanwani Research Executive

Member of the Expert Panel covering Hyundai's 2011 Executive Marketing Round Table seminar (Grand Hyatt Hotel, Dubai, 24-25 May 2011). All themes were related to the evolution of the automotive market in the GCC region and the greater Middle East, the approach of various governments towards the Auto industry (import vs. Manufactuirng) and Hyundai's opportunities to grow its presence and its market share versu its main regional competitors.