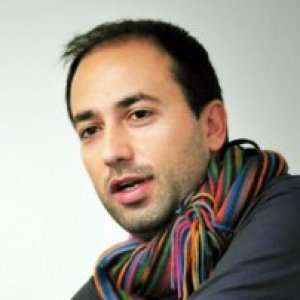 
Dr. Xygalatas' research focuses on ritual, sports, bonding, and the things that make us human.

Dimitris Xygalatas is an anthropologist and cognitive scientist at the University of Connecticut. His research interests include some of the things that make us human, including ritual, sports, music, cooperation, and the interaction between cognition and culture. His work on those topics involves an interdisciplinary approach that combines lab and field methods. He held positions at the universities of Princeton, Aarhus, and Masaryk, where he served as director of the Laboratory for the Experimental Research of Religion (LEVYNA). At UConn, he directs the Experimental Anthropology Lab, which develops interdisciplinary methods and technologies for studying behavior in real-life settings. He has conducted several years of fieldwork in Southern Europe and Mauritius. His research has been published in numerous journals across various fields, including anthropology, biology, psychology, religious studies, and general science. He is the author of the monograph The Burning Saints, and coeditor of the volume Mental Culture: Classical Social Theory and the Cognitive Science of Religion. He is the President of the International Association for the Cognitive Science of Religion.

Institute of Cognition and Culture, School of History and Anthropology

2014
US Department of Homeland Security 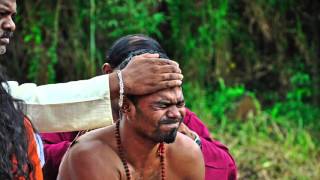 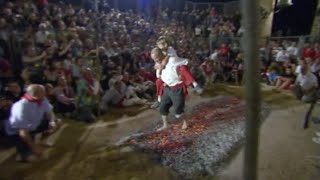 Summer camp is passed down over generations in some families

Returning to the same camp over generations is an ideal way to enhance family connections, said Dimitris Xygalatas, a professor in the departments of anthropology and psychological sciences at the University of Connecticut in Storrs. Family traditions ``provide a feeling of continuity, and this is very important for our sense of collective identity and unity,” he said. “When we do things the way our ancestors have done them, we feel that we are continuing their heritage.”

What to Expect When You’re Expecting Gender-Reveal Backlash

It makes sense that a new ritual devised for pregnancy would be full of balloons and cake, rather than prayers and blessings. That’s in keeping with the trajectory of modern American society, in which atheists are one of the fastest-growing religious groups. “As society becomes more secular, we do turn to more nonreligious rituals,” says Dimitris Xygalatas, an anthropologist and cognitive scientist at the University of Connecticut.

For many families, ’tis the season for matching jammies

Matching clothing is a way for families to strengthen their bonds and announce their connectedness, says Dimitris Xygalatas, an anthropology professor who studies rituals at the University of Connecticut. As families become more far-flung, dressing alike at the holidays may be a way to make the annual gatherings more fun and more over-the-top, he says.

Anthropologist Dimitris Xygalatas records the ritual of Sufis in Istanbul to see how the physical experience affects their bodies.

Dimitris Xygalatas, an assistant professor of anthropology at the University of Connecticut, is intrigued by communal activities that involve pain or the possibility of it. He has looked in detail at the Thaipusam festival as practised in Mauritius, and also at fire-walking rites in Greece and Spain.

Anthropologist Highlights The Importance Of Rituals

"We often don’t realize how full of rituals our lives are," anthropologist Dimitris Xygalatas said. "We tend to think this is something early societies might have done more. But actually, today we have just as many rituals as ever."

An anthropologist explains why we love holiday rituals and traditions

Ritual marks some of the most important moments in our lives, from personal milestones like birthdays and weddings to seasonal celebrations like Thanksgiving and religious holidays like Christmas or Hanukkah. And the more important the moment, the fancier the ritual.

The Perennial Power of Ritual

Rituals soothe, excite, and unite people throughout the world. But how exactly do they work, and what makes them so meaningful?

The Psychology of Ritualized Suffering

Human ritual behavior poses an intriguing conundrum. Throughout recorded history, people in all times and places around the world have spent great amounts of time, resources, and energy in organizing, performing, and attending collective ritual practices that, at first glance, offer no obvious benefits to their performers. In fact, certain cultural rituals even involve physical and psychological pain and suffering – think of practices like genital mutilation, piercing, cutting and self-flagellation, walking on burning embers or shoes made of nails, and other gruesome activities. Why do so many cultures have such extreme rituals that seem to go against some of our most basic instincts, such as the avoidance of pain and harm?

What Happened to the Ice Bucket Challenge?

If the success of the challenge had come at the expense of other charities, ambivalence might be justified. But there’s almost no evidence that this was the case. According to Giving U.S.A., individual donations in the U.S. rose almost six per cent in 2014, which doesn’t suggest any cannibalization effect. Indeed, it’s likely that the very nature of the challenge, which belongs to a category known to anthropologists as “extreme ritual,” made people more openhanded. Dimitris Xygalatas, an anthropologist at the University of Connecticut who has studied the effects of such rituals, ran a fascinating experiment with people who were undergoing kavadi—a Hindu ritual that commonly involves piercing the skin with sharp objects and then making a long procession while carrying heavy objects. Xygalatas found that people who did kavadi, and even people who just joined in the procession, donated more to charity than people in a control group. And those who gave the most painful descriptions of the experience donated the most. As a result, Xygalatas has suggested that the Ice Bucket Challenge, far from stealing from other charities, almost certainly increased the total size of the pie.

Pain Really Does Make Us Gain

Last year, Dimitris Xygalatas, the head of the experimental anthropology lab at the University of Connecticut, decided to conduct a curious experiment in Mauritius, during the annual Thaipusam festival, a celebration of the Hindu god Murugan. For the ten days prior to the festival, devotees abstain from meat and sex. As the festival begins, they can choose to show their devotion in the form of several communal rituals. One is fairly mild. It involves communal prayer and singing beside the temple devoted to Murugan, on the top of a mountain. The other, however—the Kavadi—is one of the more painful modern religious rituals still in practice. Participants must pierce multiple parts of their bodies with needles and skewers and attach hooks to their backs, with which they then drag a cart for more than four hours. After that, they climb the mountain where Murugan’s temple is located.

Why people need rituals, especially in times of uncertainty The Conversation

Responding to the coronavirus pandemic, most American universities have suspended all campus activities. Like millions of people all around the world, the lives of students all over the U.S. has changed overnight.

When I met my students for what was going to be our last in-class meeting of the academic year, I explained the situation and asked whether there were any questions. The first thing my students wanted to know was: “Will we be able to have a graduation ceremony?”

The fact that the answer was no was the most disappointing news for them.

Behavioural synchronization has been shown to facilitate social bonding and cooperation but the mechanisms through which such effects are attained are poorly understood. In the current study, participants interacted with a pre-recorded confederate who exhibited different rates of synchrony, and we investigated three mechanisms for the effects of synchrony on likeability and trusting behaviour: self-other overlap, perceived cooperation, and opioid system activation measured via pain threshold. We show that engaging in highly synchronous behaviour activates all three mechanisms, and that these mechanisms mediate the effects of synchrony on liking and investment in a Trust Game. Specifically, self-other overlap and perceived cooperation mediated the effects of synchrony on interpersonal liking, while behavioural trust was mediated only by change in pain threshold. These results suggest that there are multiple compatible pathways through which synchrony influences social attitudes, but endogenous opioid system activation, such as β-endorphin release, might be important in facilitating economic cooperation.

Male parental investment can contribute to the fitness of both sexes through increased fertility and child survivorship. The level and intensity of parental investment are dependent upon ecological variations: in harsh and demanding environments, the need for biparental care increases. Moreover, when environmental pressures increase, uncertainty over paternity may lead to favoring stricter mate-guarding practices, thus directing males to invest more effort toward controlling and guarding their mates from infidelity. In this paper, we test the hypothesis that religious veiling, as a social and cultural practice which regulates and restricts sexuality, will be more important in harsher environments. Our results show that harsh and demanding environments are associated with the importance of religious veiling and the level of religiosity, providing a link between cultural practices such as religious veiling and ecological variation.

The psychology of rituals: An integrative review and process-based framework SSRN

Traditionally, ritual has been studied from broad sociocultural perspectives, with little consideration of the psychological processes at play. Recently, however, psychologists have begun turning their attention to the study of ritual, uncovering the causal mechanisms driving this universal aspect of human behavior. With growing interest in the psychology of ritual, the current paper provides an organizing framework to understand recent empirical work from social psychology, cognitive science, anthropology, behavioral economics, and neuroscience. Our framework focuses on three primary regulatory functions of rituals: regulation of (1) social connection, (2) emotions, and (3) performance goal states. We examine the possible mechanisms underlying each function by considering the bottom-up processes that emerge from the physical features of rituals and top-down processes that emerge from the psychological meaning of rituals. Our framework, by appreciating the value of psychological theory, generates novel predictions and enriches our understanding of ritual and human behavior more broadly.

The relationship between religion and social behavior has been the subject of longstanding debates. Recent evolutionary models of religious morality propose that particular types of supernatural beliefs related to moralizing and punitive high gods will have observable effects on prosociality. We tested this hypothesis, comparing the effects of diverse religious beliefs, practices, and contexts among Hindus in Mauritius. We found that specific aspects of religious belief (related to moralizing gods) as well as religious practice (participation in high-intensity rituals) were significant predictors of prosocial behavior. These findings contribute to a more nuanced understanding of religious prosociality and have significant implications for the evolution of morality.

The evolution of religion and morality: a synthesis of ethnographic and experimental evidence from eight societies Religion, Brain & Behavior

Understaning the expansion of human sociality and cooperation beyond kith and kin remains an important evolutionary puzzle. There is likely a complex web of processes including institutions, norms, and practices that contributes to this phenomenon. Considerable evidence suggests that one such process involves certain components of religious systems that may have fostered the expansion of human cooperation in a variety of ways, including both certain forms of rituals and commitment to particular types of gods. Using an experimental economic game, our team specifically tested whether or not individually held mental models of moralistic, punishing, and knowledgeable gods curb biases in favor of the self and the local community, and increase impartiality toward geographically distant anonymous co-religionists. Our sample includes 591 participants from eight diverse societies – iTaukei (indigenous) Fijians who practice both Christianity and ancestor worship, the animist Hadza of Tanzania, Hindu Indo-Fijians, Hindu Mauritians, shamanist-Buddhist Tyvans of southern Siberia, traditional Inland and Christian Coastal Vanuatuans from Tanna, and Christian Brazilians from Pesqueiro. In this article, we present cross-cultural evidence that addresses this question and discuss the implications and limitations of our project. This volume also offers detailed, site-specific reports to provide further contextualization at the local level.