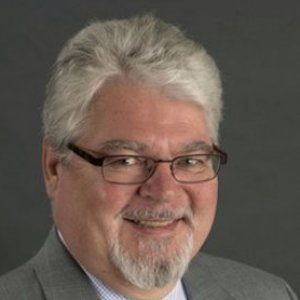 
Donald Lloyd is an expert in mental health issues, including depression, addiction and post-traumatic stress disorder.

Donald Lloyd joined in 2010; he is a social epidemiologist with training in cultural anthropology and medical sociology. He has worked on several large-scale community-based studies in Canada and Florida. To date his work has been cited in 900 refereed publications, with work on the epidemiology of social stress receiving the greatest attention. His recent work focuses on life course processes that are associated with differential risk for psychiatric illness and substance use disorders across sociodemographic groups. Dr. Lloyd's work in the Roybal Institute builds upon his research at the nexus of aging, disablement, and mental health.

Additional projects have addressed the role of lifetime cumulative exposure to major and potentially traumatic events in the risk for initial onset of major depression, post-traumatic stress disorder, alcohol dependence and drug dependence disorder. His published research documents the important distinction between proximal and distal exposure to stressful events and their independent contribution to the risk for subsequent disorder. His recent research examines trajectories of exposure to stressful events over the life course, including factors that affect the shape of the exposure profile and the health outcomes that are associated with distinct trajectories. Prior to joining the Trojan Family, Dr. Lloyd conducted a popular graduate seminar in life course epidemiology.

A common mechanism underlying premature morbidity may be accelerated biological aging as reflected by salivary telomere length (STL). This study examined the extent to which social relationships, both positive and negative, can be protective or confer risk relative to biological aging.

Work-Family Conflict and Intimate Partner Violence in the South Korean Military: Mediating Role of Aggression and Buffering Effect of a Counseling Resource Journal of Family Violence

The objective of the current study was to identify the relationship between work-family conflict (WFC) and intimate partner violence (IPV) among military personnel, and verify the mediating role of aggression and buffering effect of a counseling resource. A total of 293 married Korean Air Force personnel were surveyed using a self-administered questionnaire; their responses were analyzed with a structural equation model. The major findings were that 36.9 % of respondents have perpetrated IPV, the prevalence of verbal violence was 33.4 % and physical violence was 16.0 %. Aggression mediated the important part of the association between WFC and IPV. Also, presence of a counseling resource attenuated the relationship between WFC and aggression. The findings suggest that it is necessary for the military to build a personnel counseling system to prevent spouse abuse, develop professional counseling services, and accurately identify aggression tendencies among military personnel.

Obesity and depression often co-occur; however, the association between these conditions is poorly understood, especially among racial/ethnic minority groups. Using multinomial logistic regression and data from the National Survey of American Life, the relationships between race, ethnicity, and sociodemographic factors to the joint classification of body mass index categories and depression among African Americans, Caribbean Blacks, and non-Hispanic Whites were examined. Differential risk for the combination of obesity and depression by sociodemographic status was found. Being African American, female, young, married, or having low income or education increases the risk for obesity without depression. Risk factors for obesity with depression include being female, young, married and having a low income. Race was not a significant predictor of obesity with depression relative to normal weight without depression status. However, racial differences were observed among the non-depressed. Non-depressed African Americans were more likely than non-depressed Whites or Caribbean Blacks to be obese.