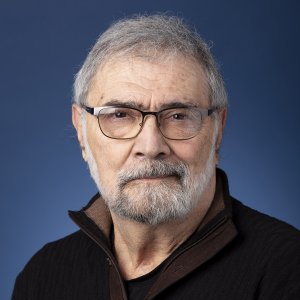 Donald Zirpola is a Professor of Film and Television Production at Loyola Marymount University. He has over 30 years of experience as a director, writer, and editor at companies such as Universal, PBS and ABC-TV. He has created award-winning documentaries, short films, and commercials.

Don was actively involved in the Academy of Motion Picture Arts and Sciences Student Academy Awards for over fifteen years as the Western Regional Coordinator. As the chair and acting director of the School of Film and Television at LMU, he developed programs to national and international prominence. He has served as the president of the University Film and Video Association and as the dean of a television and film school, which he designed for the Hong Kong Academy for Performing Arts. He received a Rockefeller Foundation Grant to support his work along with his colleagues in international distance media education.

He currently serves as the President of CILECT - the international professional association of film and television schools, headquartered in Brussels, Belgium, that represents 178 schools in 56 countries,

Don is also the enduring director of the prestigious Universal Summer Producing and Directing Workshop Program at USC. He continues to give professional workshops on international producing, directing, and advanced production.

His latest efforts are in new media creation and distribution, where he holds workshops, presentations and lectures at home and abroad.