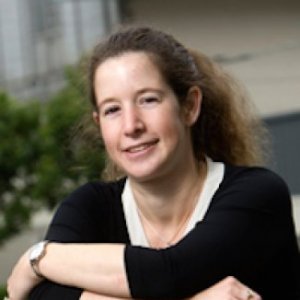 She received her Ph.D. from the Jurisprudence and Social Policy program in UC Berkeley, writing her dissertation on accountability in the liberalized telecommunications and electricity sectors in England, France and Sweden. During her studies in Berkeley she worked as a teaching assistant in ten courses, winning the Outstanding Graduate Student Instructor Award.

Professor Reiss’ research examined accountability of agencies at the state, national and international level, with agencies studied including the CPUC, the FAA, and other agencies in the United States and Europe. Increasingly, however, her research and activities are focused on legal issues related to vaccines, including exemption laws and tort liability related to non-vaccination. 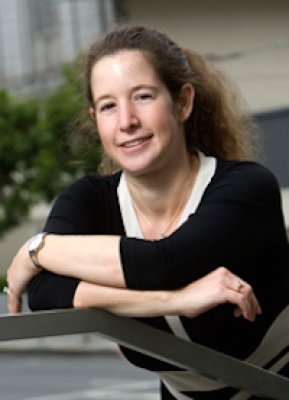 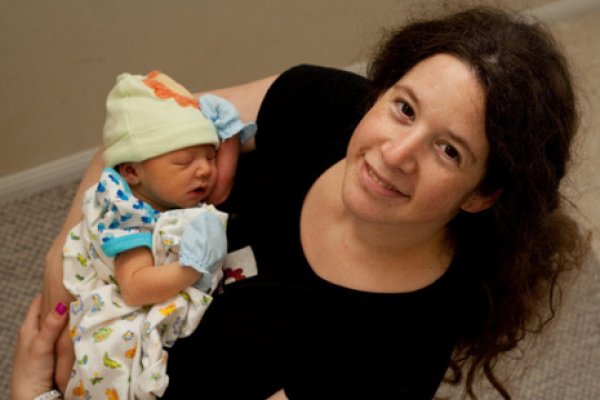 Awarded by the School of Public Policy at the Hebrew University of Jerusalem, 2003 and 2002.

Awarded by the Faculty of Law at the Hebrew University, Jerusalem.

California Approves Comprehensive Bill That Requires Vaccinations; Only Medical Exemptions Will Be Approved

O'Connor added that Brown was an "intellectual Catholic" based on his Jesuit background. Dorit Rubinstein Reiss, a UC Hastings expert on public law, also thought Brown lacked the legal power to alter the approved bill before signing it into law. "The governor doesn't have the authority to make this sort of change on his own. He simply doesn't," Reiss said. "If someone had taken him to court, that clause could have been ruled unconstitutional." Seipel and Calefati reported that under the previous vaccine bill passed in 2012, parents had to meet with a health care professional first if they wanted to exempt their children from vaccinations...

Unvaccinated Families' Addresses Should Be Made Public

Laws could permit insurers to raise the premiums of those who don’t vaccinate (right now, insurers can only set rates based on age, geography and tobacco use). A new tort could be created to permit people who incur medical and other costs because of an outbreak to sue and recover damages from the unvaccinated. I particularly like a proposal from Dorit Rubinstein Reiss, a law professor at UC Hastings, to charge a significant fee for vaccine exemptions to cover the costs of an outbreak...

We spend the hour discussing the vaccine debate and public health with three guests: Dorit Rubinstein Reiss is a professor at the University of California, Hastings College of the Law, and co-author of the report, "Funding the Costs of Disease Outbreaks Caused by Non-Vaccination"; Mary Holland is the mother of a child with regressive autism who, she believes, was injured by the MMR vaccine...

The Disneyland measles crisis: How to make negligent parents pay

Parents who choose not to vaccinate their children are almost always negligent under the law, says Dorit Rubinstein Reiss of UC's Hastings law school in a 2014 paper. One doesn't have to know that one's choice is wrong or risky to be negligent, she and her co-authors observe. In non-vaccination cases, the parents plainly should know they're making an unreasonable or reckless choice with consequences for people in the community, considering "the abundant information from reputable sources supporting immunization, and the problematic sources relied upon by those who choose not to vaccinate." ...

Vaccines and the Anti-Vaccine Movement

Recouping the Costs of Outbreaks Caused by Non-Vaccination

Responding to the Childhood Vaccination Crisis: Legal Frameworks and Tools in the Context of Parental Vaccine Refusal

In spite of vaccines’ impressive record of safety and effectiveness, some families have failed to immunize their children, denying those children protection against vaccine-preventable diseases. In the last years, rates of nonvaccination, as well as rates of partial adherence to vaccination schedules, have been increasing. Predictably, this has led to outbreaks of vaccine-preventable diseases. This article examines potential legal responses to this crisis. It sets out the legal framework governing childhood vaccination policies, highlighting the strength of governmental authority when the state’s police power to protect the public health and its parens patriae authority to protect the health of children and other vulnerable members of society converge, as they do in this context. After describing the phenomenon of nonvaccination, the reasons leading to parental refusals and the effects of those refusals, the article provides a menu of legal tools that can be used to improve vaccination rates.

Funding the Costs of Disease Outbreaks Caused by Non Vaccination

Journal of Law, Medicine and Ethics

While vaccination rates in the United States are high – generally over 90 percent – rates of exemptions have been going up, and preventable diseases coming back. 2014 is shaping to be one of the worst years for measles since 1994, with outbreaks generally starting from unvaccinated individuals and affecting primarily the unvaccinated. While pertussis is a more complex story, communities with high rates of exemptions are more vulnerable to outbreaks. Aside from their human cost and the financial cost of treatment imposed on those who become ill, outbreaks impose financial costs on an already burdened public health system, diverting resources from other areas. This article examines the financial costs of non-vaccination, showing how high they can be and what they include. It makes a case for requiring those who do not vaccinate to cover the costs of outbreak caused by their choice. Such recouping is justified because the choice not to vaccinate can easily be seen as negligent. But even if it is not, that choice involves imposing costs on others, and there are good reasons to require the actors to internalize those costs. The article proposes alternative statutory and regulatory schemes to cover the costs imposed on the public purse, focusing on no-fault mechanisms. We consider both ex ante mechanisms like a tax or a fee that will go into a no-fault fund to cover the costs and ex post mechanisms like a statutory authorization for recoupment of those costs by health officials, modeled on statutes allowing government to recoup costs of other types of harms, detailing the strengths and challenges of the various mechanisms.

Thou Shalt Not Take the Name of the Lord Thy God in Vain: Use and Abuse of Religious Exemptions from School Immunization Requirements

Compensating the Victims of Failure to Vaccinate: What are the Options?

This article asks whether parents who choose not to vaccinate their child should be liable if that child, at higher risk of infectious disease than vaccinated children, transmits a vaccine-preventable disease to another. The article argues that a tort remedy in this situation is both desirable and appropriate. It is desirable to assure compensation to the injured child and the family, who should not have to face the insult of financial ruin on top of injury from the disease. It is also appropriate to require that a family that chooses not to vaccinate a child fully internalize the costs of that decision, and not pass them on to others. The article suggests that there should be a duty to act in this situation, since non-vaccinating parents do create a risk. Even if this is seen as a classic situation of nonfeasance there are policy reasons to create an exception to the usual rule that there is no duty to act. As an alternative, it suggests adopting a statutory duty to act. It suggests that legal exemptions from school immunization requirements are not a battier to liability, since the considerations behind those exemptions are separate from tort liability. It addresses the problem of demonstrating causation, and suggests in which types of cases showing causation would be possible, and when proximate cause can be extended from an index case to subsequent cases. Finally, it addresses some of the potential counter arguments.

The Benefits of Capture

Observers of the administrative state warn against “capture” of administrative agencies and lament its disastrous effects. This article suggests that the term “capture”, applied to a close relationship between industry and regulator, is not useful – by stigmatizing that relationship, judging it as problematic from the start, it hides its potential benefits. The literature on “capture” highlights its negative results – lax enforcement of regulation; weak regulations; illicit benefits going to industry. However, this picture is incomplete and in substantial tension with another current strand of literature which encourages collaboration between industry and regulator. The collaboration literature draws on the fact that industry input into the regulatory process has important benefits for the regulatory state. Industry usually has information no one else has, and has more incentive to give that information to a friendly regulator. Furthermore, working with industry can substantially improve the impact of regulation; voluntary compliance is cheaper and can be more effective than enforced compliance, and industry can help regulators minimize negative unintended consequences. This paper suggests that instead of engaging in name-calling, we should focus on identifying when a close industry-regulator relationship will work in the public interest, and when it is likely to undermine it. That is an empirical question.