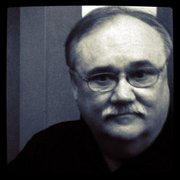 
How to Better Engage, Enlighten and Enjoy Your Business Relationships

Currently serving as VP of Marketing & Communications for United Way of Tampa Bay. This position is responsible for building brand awareness and preference in a region serving more than two million people. We are responsible for raising $24 million annually. I was also Director of Marketing for The Bar Plan, an insurance company specializing in risk management services for attorneys. As president of the Alton Regional Convention and Visitors Bureau in Alton, Illinois, I helped support tourism throughout Northern Madison, Calhoun and Jersey Counties. A graduate of the University of Missouri-Columbia School of Journalism, I have focused on integrated marketing communications. I attended the CASE Institute on Communications at Notre Dame in 1985. My career path is paved with such companies as McDonnell-Douglas, ITT, Bi-State Development and the world renowned Missouri Botanical Garden. I was chosen to represent McDonnell Douglas´ MCAUTO division in Europe in the early 1980´s, where I served as their first International Marketing Communications Representative. While at Bi-State Development, I developed the award-winning AQ Card Ozone alert promotion with KMOV (CBS-affiliate). My media relations work at the Missouri Botanical Garden put me in constant contact with such noteworthy media as the New York Times, CNN, NPR, Washington Post, Time Magazine, National Geographic and NBC resulting in hundreds of media placements throughout the nation and around the world.In addition, I have managed a number of public and private events that have included service to such dignitaries as the Emperor and Empress of Japan, the late Capt. Jacques Yves Cousteau and the Dalai Lama of Tibet, During 2009, I participated in the Tampa Chamber's Leadership Tampa program and now chair their Community Outreach committee.
Specialties

The A.U.R.A. of Communications Success