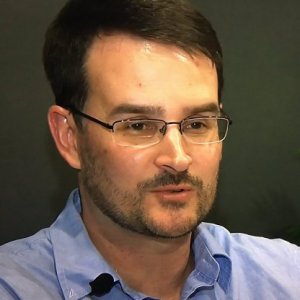 
A leading scholar of the FBI and American history

Professor Charles is an historian of the United States (broadly speaking) who researches and publishes on the history of the FBI and its intersections with gay and lesbian history, obscenity regulation, and American politics and diplomacy.

A leading historian of the FBI, he’s published three books and numerous articles and has appeared on C-SPAN, the History Channel, and in a Yahoo News documentary. He has also given talks across the United States and in Europe. Dr. Charles has been referenced in the New York Times, Le Parisien Magazine, NBC News, Yahoo News, Time Magazine, and PBS News Hour while contributing multiple OpEd and historical pieces as a public scholar to illuminate popular understanding of contemporary events. Professor Charles has won the Penn State Greater Allegheny Excellence in Research Award (2015) and was the first winner of the Penn State Commission on LGBT Equity Academic Achievement Award (2015).

"We've never seen anything like this at all," Douglas Charles, an asssociate professor at Penn State and Author of The FBI's Obscene File: J. Edgar Hoover and the Bureau's Crusade Against Smut, tells Bustle. "Never has an FBI director or a former FBI director testified against a sitting president and beyond that, outright called him a liar. It's stunning, really."...

I asked both Wittes, who’s very familiar with the current FBI’s practices, and Douglas Charles, a historian of the FBI at Penn State, what the FBI could actually do — in practical terms — to undermine and weaken the Trump presidency...

‘Comey Effect’: Where Does the FBI Director Stand as Election Dust Settles?

"I think there could be a lot of focus being directed towards Comey. That's where the national narrative will now go," said Douglas Charles, who has written three books on the FBI and is a professor of history at Pennsylvania State University...

Policing Sexuality: The Mann Act and the Making of the FBI

Communist and Homosexual: The FBI, Harry Hay, and the Secret Side of the Lavender Scare, 1943–1961

2012 With the development of the Cold War in the late 1940s and 1950s, a conflict that pitted the Communist bloc against the democratic West involving potential nuclear devastation and fears of domestic subversion, there developed in the United States two closely related, and often conflated, but distinct public phenomena. The first began in 1947 when Republicans in the Congress expressed fears of homosexuals being employed by the State Department; people, they believed, who like drunks and adulterers could be blackmailed into betraying their country's secrets and were therefore security risks...

From subversion to obscenity: The FBI's investigations of the early homophile movement in the United States, 1953-1958

Journal of the History of Sexuality

2010 For over twenty years, historians who have examined the history of the homophile movement of the 1950s and 1960s have focused primarily on the origins, development, and evolution of the Mattachine Society and, to a lesser extent, the group known as ONE, Inc.(hereafter ONE, always written in capital letters), to explain the nature of the broader movement. More specifically, there have appeared two conflicting interpretations about the Mattachine...