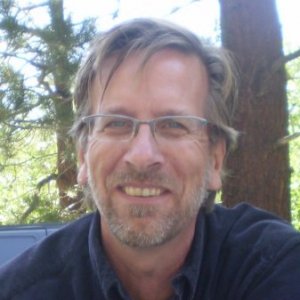 Douglas E. Christie received his undergraduate degree from the University of California, Santa Cruz, his M.A. from Oxford University and his Ph.D. from the Graduate Theological Union, Berkeley. He has been awarded fellowships from the Luce Foundation, the Lilly Foundation and the NEH. From 2013-2015 he served as Co-director of the Casa de la Mateada study abroad program in Córdoba, Argentina. His primary research interests focus on contemplative thought and practice in ancient and medieval Christianity and on spirituality and ecology. He is the author of The Word in The Desert: Scripture and the Quest for Holiness in Early Christian Monasticism (Oxford), The Blue Sapphire of the Mind: Note for a Contemplative Ecology (Oxford), and is the founding editor of Spiritus: A Journal of Christian Spirituality (Johns Hopkins). His work has appeared in The Blackwell Companion to Christian Spirituality, The Cambridge Companion to Christian Mysticism, Horizons, Cross Currents, The Anglican Theological Review, Weavings, Interdisciplinary Studies in Literature and the Environment, Cistercian Studies Quarterly, Studia Patristica, The Best Spiritual Writing, and Orion. His current work is focused on the idea of mystical darkness and the contemporary sense of exile, loss and emptiness.

The Practice of Everyday Life

The Night Office: Loss, Darkness and the Practice of Solidarity

The Theological and Ecological Vision of Laudato Si’: Everything is Connected

Routledge Handbook of Religion and Ecology

‘The Joy of Feeling Close to God’: The Practice of Prayer and the Work of Accompaniment

The Eternal Present: Slow Knowledge and the Renewal of Time