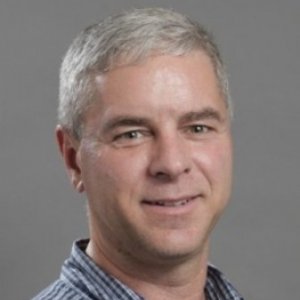 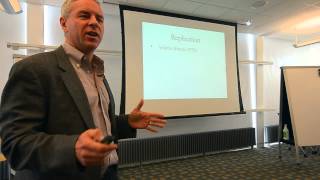 Social stratification, education, and family. Currently developing a new method for measuring school effectiveness that isolates school from non-school influences on learning. Also testing explanations for racial/ethnic differences in school performance, exploring the early determinants of inequality among young children, and assessing the consequences of family structure for children’s well-being.

A few years ago I was reading an article by Herbert Walberg that claimed that the average American 18 year-old has spent just 13% of their waking hours in school. “That’s way too low,” I recall thinking. I immediately grabbed a calculator and cranked out an estimate for the time my son (in third grade at the time) would eventually spend in school. I was surprised to come up with a similar figure. It turns out that the vast majority of American children’s waking hours are spent outside of school. Ignoring this fact ends up distorting our understanding of how schools matter. For example, one claim about American schools is widely endorsed by both the general public and most academics: schools play an important role in generating and maintaining inequality. This assumption has shaped the sociology of education literature in important ways. And it has also driven policy proposals. But my research, which takes seriously the 87% of time children spend outside of school, suggests a rethinking of this view. It turns out that inequality (in reading and math skills) grows faster when school is out versus when it is in. We didn’t know this before researchers started collecting data seasonally (that is, data separating the school and summer seasons). This surprising pattern prompts new questions about schools and inequality that are driving my research agenda. Are schools serving the disadvantaged really doing a poorer job than those serving the advantaged? And what school processes are responsible for the equalizing effect?

50 years ago, one report introduced Americans to the black-white achievement gap. Here’s what we’ve learned since.

Douglas Downey, a sociologist at Ohio State University who has conducted the most extensive work on seasonal differences in children’s growth rates, reports that “The best evidence suggests that schools reduce those [income] gaps. We observe the gaps in reading and math skills grow in the summer when students are not in school, and then those gaps don’t change much while school is in session.”

More kids in your family, less education. This pattern isn't new, but a team of researchers has studied why that educational dip occurs and found that there are exceptions to the trend.

You Actually Owe All Your Relationship Success to Your Siblings

The researchers found that for each sibling a person has (up to seven), his or her likelihood of divorce decreased by 2%. The more siblings we have, the more experience we get with dealing with others' needs. "Growing up in a family with siblings, you develop a set of skills for negotiating both negative and positive interactions," study author Doug Downey said in the American Sociological Association press release. "You have to consider other people's points of view, learn how to talk through problems. The more siblings you have, the more opportunities you have to practice those skills."

The siblings we play, argue and compete with as kids might help us stay married as adults. A nationwide study released yesterday found that growing up with brothers and sisters seems to provide some protection against divorce.

Growing up with siblings may provide some protection against divorce as an adult, a new nationwide study reveals. And the more siblings, the better: Each additional sibling a person has (up to about seven) reduces the likelihood of divorce by 2 percent. The practical difference between having no siblings and having one or two isn’t that much in terms of divorce, said Doug Downey, co-author of the study and professor of sociology at The Ohio State University. “But when you compare children from large families to those with only one child, there is a meaningful gap in the probability of divorce,” he said. One of the biggest surprises of the study was that it wasn’t the difference between being an only child and having siblings that was significant.

Growing up without siblings doesn’t seem to be a disadvantage for teenagers when it comes to social skills, new research suggests. A study of more than 13,000 middle and high school students across the country found that “only children” were selected as friends by their schoolmates just as often as were peers who grew up with brothers and sisters. “I don’t think anyone has to be concerned that if you don’t have siblings, you won’t learn the social skills you need to get along with other students in high school,” said Donna Bobbitt-Zeher, co-author of the study and assistant professor of sociology at Ohio State University’s Marion campus. Bobbitt-Zeher conducted the study with Douglas Downey, professor of sociology at Ohio State. They presented their research Aug. 16 in Atlanta at the annual meeting of the American Sociological Association. The concern that a lack of siblings might hurt children’s social skills has become more significant in recent years, Bobbitt-Zeher said. “As family sizes get smaller in industrialized countries, there is concern about what it might mean for society as more children grow up without brothers and sisters,” she said.

Ohio State Study: Many "Failing" Schools Aren't Failing When Measured on Impact Rather Than Achievement

Up to three-quarters of U.S. schools deemed failing based on achievement test scores would receive passing grades if evaluated using a less biased measure, a new study suggests. Ohio State University researchers developed a new method of measuring school quality based on schools' actual impact on learning – how much faster students learned during the academic year than during summer vacation when they weren't in class. Using this impact measure, about three-quarters of the schools now rated as "failing" because of low test scores no longer would be considered substandard. That means that in these schools mislabeled as failing, students may have low achievement scores, but they are learning at a reasonable rate and they are learning substantially faster during the school year than they are during summer vacation. "Our impact measure more accurately gauges what is going on in the classroom, which is the way schools really should be evaluated if we're trying to determine their effectiveness," said Douglas Downey, co-author of the study and professor of sociology at Ohio State University.