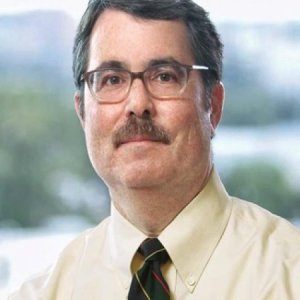 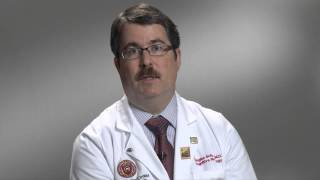 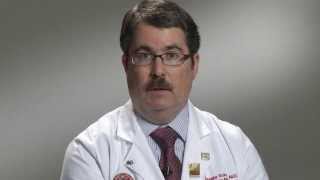 I’ve always loved puzzles and figuring out how things work. It’s what led me to study science—first physics and then medicine. There’s no bigger puzzle we’re still trying to piece together than the mysteries of the brain.

Doing clinical research in an academic setting at the Ohio State University Wexner Medical Center offers the best of both worlds for me. I can work on advancing big questions and making new discoveries in my field. But I can also make sure new information gets back to patients quickly—because early diagnosis is so critical for memory disorders like dementia and Alzheimer’s.

Memory disorders also have a unique, dramatically wide-ranging impact on a patient’s daily life. At OSU we take advantage of collaborative caregiving—from social workers to nurses to doctors—with a continuity of care that benefits patients and their families.

Treatments for these diseases are often elusive. But when we catch them early, we can help manage the effects to improve quality of life. Our most recent development is the Self-Administered Gerocognitive Evaluation (SAGE). It’s a simple yet powerful tool, and one with many benefits:

• it's easy to use—reaching people who might have otherwise been reluctant to see a doctor
• it’s efficient—requiring just paper and pen, and your primary care doctor can give the test
• it’s a minimally invasive—easing concerns and identifying when patients need care as early as possible

David Cassidy, Diagnosed With Dementia At The Age of 66: ‘A Part of Me Always Knew This Was Coming’

David Cassidy's struggle with dementia sent shockwaves to his fans from different parts of the world, especially knowing that at his age, he is still young to suffer from the condition. However, Dr, Douglas Scharre at Ohio State University said that this is not surprising at all. With a family history of dementia and Alzheimer's, people should start to becoming conscious of its risk. It is important to know the key symptoms of the condition and to monitor it as early as possible.

“You can get dementia from a head injury, a stroke, or an infection in your brain, and these things are usually not going to be genetic,” says Douglas Scharre, MD, director of the Division of Cognitive Neurology at The Ohio State University Wexner Medical Center. “But most of the degenerative dementias, the kind that occurs over time with age, are very often related to certain genes.” (Dr. Scharre has not treated Cassidy.) That doesn’t mean, however, that everyone whose mother or father has Alzheimer’s disease will inevitably develop it too. “We think it’s more polygenic—that is, multiple genes might help increase your risk, rather than just one,” says Dr. Scharre. Children can inherit these genes, he says, but it’s rare that parents pass on a 100% chance of developing dementia.

Better diagnosis is critical, said Pedon’s physician, Dr. Douglas Scharre, who recently developed a clinical profile for Lewy body dementia patients. “It’s vitally important that these patients are correctly diagnosed so that they can be prescribed the proper medications that may help slow down the course of the disease or improve symptoms,” said Scharre, director of the division of cognitive neurology at Wexner Medical Center.

Knowing that many clinicians find it difficult to correctly diagnose patients with Lewy body dementia, researchers set out to develop a clinical profile for these patients.

“What we found was that this SAGE, self-administered test correlated very well with the very detailed cognitive testing,” said Dr. Douglas Scharre of Wexner Medical Center at Ohio State University. Researchers at Wexner developed the test, which asks those who take it to state the date, name everyday objects, and make simple mathematical calculations. More than 1,000 patients took the test over five years, and nearly 30 percent showed early signs of cognitive problems they did not know they had. By repeating the test from time to time, doctors now have a cheap and easy way to monitor their patients and detect even slight changes in their cognitive ability. “If we see this change, we can catch it really early, and we can start treatments much earlier than we did without a test,” Scharre said.

Knowing that many clinicians find it difficult to correctly diagnose patients with Lewy body dementia, researchers at The Ohio State University Wexner Medical Center set out to develop a clinical profile for these patients. Their findings are published online in the Journal of Alzheimer’s Disease. The study compared 21 patients with Lewy body dementia to 21 patients with Alzheimer’s disease and 21 patients with Parkinson’s disease. The patients were carefully matched by age, gender, education, race, degree of cognitive impairment, and degree of motor (physical) impairment. Pairs were compared using cognitive, functional, behavioral and motor measures. “Many clinicians find it difficult to diagnose Lewy body dementia patients, often confusing them and misdiagnosing them as Alzheimer¹s disease or Parkinson¹s disease patients. Our study findings showed that the clinical profiles of Lewy body dementia patients can be differentiated from Alzheimer’s and Parkinson’s patients,” said Dr. Douglas Scharre, director of the division of cognitive neurology at Ohio State’s Wexner Medical Center and principal investigator of the study. “Since treatments and prognosis differ between these conditions, it’s important to correctly diagnose the patient from the start.”

The Self-Administered Gerocognitive Examination (SAGE test) , which takes less than 15 minutes to complete, is a reliable tool for evaluating cognitive abilities. Findings by researchers at The Ohio State University Wexner Medical Center confirming the feasibility and efficiency of the tool for community screening large numbers of people are published in the January issue of The Journal of Neuropsychiatry and Clinical Neurosciences. Memory disorders researchers visited 45 community events where they asked people to take a simple, self-administered test to screen for early cognitive loss or dementia. Of the 1047 people who took the simple pen-and-paper test, 28 percent were identified with cognitive impairment, said Dr. Douglas Scharre, who developed the test with his team at Ohio State.

During a five-hour surgery last October at The Ohio State University Wexner Medical Center, Kathy Sanford became the first Alzheimer’s patient in the United States to have a pacemaker implanted in her brain. She is the first of up to 10 patients who will be enrolled in an FDA-approved study at Ohio State’s Wexner Medical Center to determine if using a brain pacemaker can improve cognitive and behavioral functioning in patients with Alzheimer’s disease. The study employs the use of deep brain stimulation (DBS), the same technology used to successfully treat about 100,000 patients worldwide with movement disorders such as Parkinson’s disease. In the study, researchers hope to determine whether DBS surgery can improve function governed by the frontal lobe and neural networks involved in cognition and behavior by stimulating certain areas of the brain with a pacemaker. Dr. Douglas Scharre, neurologist and director of the division of cognitive neurology, and Dr. Ali Rezai, neurosurgeon and director of the neuroscience program, both at Wexner Medical Center, are conducting the study.

An FDA-approved study at The Ohio State University will determine if using a brain pacemaker can improve cognitive and behavioral functioning in patients with Alzheimer’s disease. Ohio State recently performed its first procedure – and the first in the United States – and will be enrolling up to 10 patients into the study. The study employs the use of deep brain stimulation (DBS), the same technology used to successfully treat more than 100,000 patients worldwide with movement disorders such as Parkinson’s disease. In the study, patients with Alzheimer’s disease undergo DBS surgery with the hope of improving the frontal lobe and neural networks involved in cognition and behavior. The deep brain stimulation implant is similar to a cardiac pacemaker device with the exception that the pacemaker wires are implanted in the brain rather than the heart. The first patient underwent a successful five-hour surgical procedure at Ohio State University Wexner Medical Center on Oct. 24 and went home within two days. The patient will be evaluated over the course of the next several months to determine the effectiveness of the technology. Dr. Douglas Scharre, neurologist and director of the division of cognitive neurology, and Dr. Ali Rezai, neurosurgeon and director of the neuroscience program, both at Wexner Medical Center, are conducting the study.