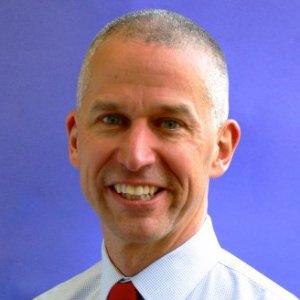 
Focused on prevention of sudden death in sport, exertional heat stroke, wearable technologies, hydration, and performance in the heat

For the past 20 years, Dr. Casa has worked toward his goals at the Department of Kinesiology, College of Agriculture, Health, and Natural Resources, University of Connecticut. During this time he has published more than 250 peer-reviewed publications/book chapters and presented more than 500 times on subjects related to exertional heat stroke, heat-related illnesses, preventing sudden death in sport, maximizing athletic performance in the heat, and hydration. Dr. Casa has successfully treated 295 cases of exertional heat stroke (with 0 fatalities). In October 2005 and 2010 the Department of Kinesiology doctoral program at the University of Connecticut was ranked number 1 in the country by the National Academy of Kinesiology (for 20005-2105). Additionally, in September 2010 the National Research Council ranked the faculty in the Department of Kinesiology number one for research productivity.

Dr. Casa is CEO of Korey Stringer Institute at UConn, and was named full professor of kinesiology in August 2010. In 2008 he was the recipient of the medal for distinguished athletic training research from the National Athletic Trainers’ Association. In 2016 Dr. Casa received the highest honor in his field when he was named a fellow of the National Academy of Kinesiology (FNAK #556). He was named a fellow of the National Athletic Trainers’ Association in 2008. He received the Sayers “Bud” Miller Distinguished Educator Award from the National Athletic Trainers’ Association in 2007 and has been a fellow of the American College of Sports Medicine since 2001. In 2011 he was inducted into the University of Florida alumni hall of fame. He has been a lead or co-author on over 15 sports medicine (ACSM, NATA) position statements/consensus statements/roundtables related to heat illness, hydration, and preventing sudden death. He is an associate editor of the Journal of Athletic Training, Journal of Science and Medicine in Sports and on the editorial board of Current Sports Medicine Reports, Journal of Sport Rehabilitation, and the Journal of Strength and Conditioning Research. Dr. Casa has worked with numerous media outlets across the country in discussing his research including the NBC Today Show, Good Morning America, ESPN, CNN, PBS, Sports Illustrated, USA Today, Wall Street Journal and the New York Times. 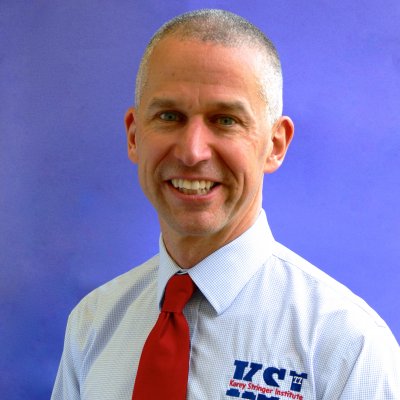 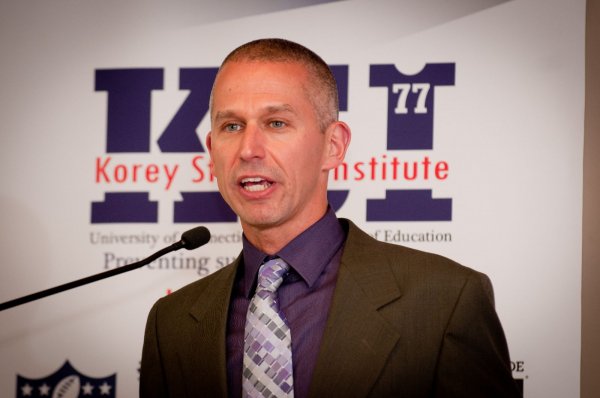 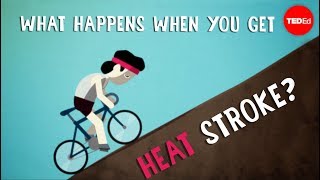 How Training In Heat Can Improve Your Performance

Douglas Casa, Ph.D., runs KSI and the heat lab. In his office, surrounded by memorabilia from organizations he’s worked with, including the NCAA and the NFL, he explains to me how it works.

During a standard gym workout, your skeletal muscles and heart both require extra blood. If the gym’s AC were to break on a hot day, “suddenly your skin needs a lot more blood too,” Casa says. “That’s how you cool yourself down—you send hot blood right to the skin’s surface so you can sweat the heat out.”

As a heat wave continues across much of the country this week, the NFL continues its work to further prepare clubs to address heat-related illness. Thanks to the University of Connecticut’s Korey Stringer Institute, the NFL distributed a video to its clubs that reviews best practices for treating exertional heat stroke.

In the video, Dr. Douglas J. Casa, PhD, CEO of the Korey Stringer Institute (KSI) and Professor of Kinesiology at the University of Connecticut, provides step-by-step guidelines designed by KSI to prevent, identify, assess and treat exertional heat stroke – a severe condition characterized by a body temperature above 105 degrees and signs of central nervous system dysfunction.

'Shoes will melt.' Hot turf may pose risk for athletes

The Korey Stringer Institute at the University of Connecticut ranks states based on their high school sports safety policies. The institute gets its name from the Minnesota Vikings player who died after suffering from heatstroke during training camp. Colorado, California, Wyoming, Iowa and North Dakota were among the lowest-ranking states, and they all lacked mandated heat modification policies.

"It's very sad," said institute CEO Douglas Casa. "Some of the most simple things you can imagine states don't have to protect athletes."

It was 95 degrees and sticky in Orlando but 30 degrees cooler inside air-conditioned Orange County Convention Center. A crowd of more than 6,000 gathered in late spring for the annual meeting of the American College of Sports Medicine, the largest such gathering in the world.

Heat-related topics have become a staple of these meetings, and about 200 people — athletic trainers, doctors, researchers, physiologists and performance coaches among them — gathered in Room 303 for a presentation focused on next summer’s Olympics. Doug Casa, head of the Korey Stringer Institute who serves on a commission dedicated to heat-related issues for the Tokyo Games, offered the crowd a brief history lesson.

Collapse and Confusion: The Death of a Juco Football Player

Dr. Douglas J. Casa, who is the CEO of the Korey Stringer Institute at the University of Connecticut, echoed Eichner’s statement. According to Casa, patients whose temperature gets under 104° through cold water immersion within 30 minutes have survived in all known previous cases. From 2000 to '09, there were 30 heat stroke deaths in high school and college sports. Casa estimates there have been around 35 deaths in the decade since, with one more summer season to go. While those numbers include athletes from all sports, football and cross-country account for about 90% of the fatalities.

How to Prevent and Treat Heat Stroke

"The key thing for people’s outcome is the number of minutes their temperature is over 105 degrees,” says Douglas Casa, CEO of the University of Connecticut’s Korey Stringer Institute, named after the Minnesota Vikings offensive lineman who died of heatstroke during an August 2001 training camp. Survival is highly likely if the core temperature is brought below 104 degrees within 30 minutes. Here are Casa’s tips on prevention and treatment.

Douglas Casa of the Korey Stringer Institute at the University of Connecticut, which aims to prevent sudden death in athletes, helped craft a statement about treating sickle cell emergencies for the National Athletic Trainers’ Association. He said people with the trait can endanger themselves during high stakes physical tests, such as the 1.5-mile run Navy recruits must conquer in a set time to graduate from boot camp (women in their late teens, for example, have to finish in less than 14:45).

“If someone’s really struggling, no one should be pushing or screaming at them to continue,” he said. “They should stop and be protected. We really have to ask if (the 1.5-mile run) is the best way to evaluate the fitness of someone with sickle cell trait.”

Doug Casa, chief executive officer of the Korey Stringer Institute at the University of Connecticut, named for the Minnesota Vikings offensive tackle who died of heatstroke at the NFL team’s preseason training camp in 2001, estimated cases of heatstroke are underreported “by a factor of 10,” he said.

3 Simple Things I Do to Make Winter Running More Enjoyable

“Running in the cold is massively easier on the body,” says Doug Casa, Ph.D., professor of kinesiology at the University of Connecticut. He explains that with the warm weather, you have to cool yourself down and your body works to bring a massive amount of blood supply to the surface of the skin to avoid overheating. In cooler temperatures, you don't need to sweat much. Therefore, your blood can be conserved for the muscles and your heart. The outcome? You may find you can reach a faster pace with the same amount of effort.

What You Need to Know About Heat Stroke

The length of time that heat stroke affects someone is highly variable, says Douglas Casa, chief executive officer of the Korey Stringer Institute at the University of Connecticut in Storrs, Connecticut. The institute is named after a Minnesota Vikings offensive lineman who collapsed and died of heat stroke after a practice in July 2001. If a heat stroke victim's core body temperature is brought below 104 degrees Fahrenheit within 30 minutes, he or she typically will recover completely and resume normal activities in two to four weeks, Casa says. If the core body temperature isn't cooled down quickly enough, a heat stroke victim could suffer long-term complications such as cognitive problems, like memory loss; an intolerance and inability to cope with heat; muscle damage; and kidney and liver problems.

Quick science lesson: When you start to exercise, experts say your core body temperature can reach 102 degrees Fahrenheit or higher within minutes. Sweating, a process of evaporation, is how the body cools itself down. "When a sweat droplet evaporates, it lowers your skin temperature, which helps pull the heat out of your body more efficiently," says Doug Casa, Ph.D., CEO of the Korey Stringer Institute, which provides research on exertional heat stroke prevention.

That's not a sign of how hard you're working. That's just a physical reaction—one you're just as likely to experience during a HIIT workout or during a stroll on a hot summer day.

But what if your body didn't have to cool itself down during exercise? You'd actually perform better, says Casa.

"Casa notes that progress is slow because most states only make a change after a tragedy. But he stresses that the policies KSI promotes are not difficult to adopt." (...)

Korey Stringer's death lingers on a final trip to Mankato

"The big thing is that we know death from heat stroke is 100 percent preventable," said Douglas Casa, the CEO of KSI and a professor of kinesiology at the University of Connecticut. (...)

Participation in organized sport and recreational activities presents an innate risk for serious morbidity and mortality. Although death during sport or physical activity has many causes, advancements in sports medicine and evidence-based standards of care have allowed clinicians to prevent, recognize, and treat potentially fatal injuries more effectively. With the continual progress of research and technology, current standards of care are evolving to enhance patient outcomes. In this article, we provided 10 key questions related to the leading causes and treatment of sudden death in sport and physical activity, where future research will support safer participation for athletes and recreational enthusiasts. The current evidence indicates that most deaths can be avoided when proper strategies are in place to prevent occurrence or provide optimal care.

Biomarkers in Sports and Exercise: Tracking Health, Performance, and Recovery in Athletes The Journal of Strength and Conditioning Research

Biomarker discovery and validation is a critical aim of the medical and scientific community. Research into exercise and diet-related biomarkers aims to improve health, performance, and recovery in military personnel, athletes, and lay-persons. Exercise physiology research has identified individual biomarkers for assessing health, performance, and recovery during exercise training. However, there are few recommendations for biomarker panels for tracking changes in individuals participating in physical activity and exercise training programs.

A 15-year-old football player collapses during practice on a day when the heat index is 114 degrees F.
Bystanders move the patient to the shade and EMS is called. Upon arrival, paramedics jump in to assist the bystanders, who are removing the boy's pads, uniform and equipment.

The transport of the patient to the hospital took 15 minutes. In the ED, the patient's Glasgow coma scale was 5, and his rectal temperature was 107.3 degrees F. He is cooled with IV fluids and cool water misting.

The patient died on the fourth day of hospitalization as a combined consequence of the effects of an exertional heat stroke (EHS), including, hepatorenal failure, sepsis, coagulopathy, and cardiopulmonary collapse.