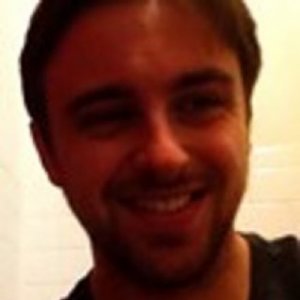 Dr Adam Lynes is a Senior Lecturer in Criminology at Birmingham City University, where he has taught since 2012, covering topics from criminological theory to organised and violent crime.

He has published research focusing on violent crimes from serial murder to family annihilation, and recently was an author on a new book on driving as an occupation of choice for serial murderers. He is also the lead for the Crime, Culture and Contemporary Media research cluster for the Centre for Applied Criminology.

A top homicide expert has revealed the traits of a psychopath are the same as those of a CEO and surgeon. Criminologist Adam Lynes says serial killers are psychopaths - but most psychopaths are not serial killers. He outlined the key traits of a psychopath as a lack of empathy, superficial charm and pathological lying. He also said men are more likely than women to be serial killers and revealed sexual motivation is very often the driving force. "A serial killer with regards to the UK definition is an individual who kills three or more victims in a period greater than 30 days," Dr Lynes said. "One of the main reasons it is so difficult to catch serial killers is because their victims are normally strangers. "In most murder cases the victim knows the perpetrator but because that is removed it is much more difficult for police to establish motive."

So, you want to study criminology?

So, you want to study criminology? Are you considering studying criminology at university? Do you want to know how you can make yourself stand out from the crowd? Crimiknowledge spoke to Dr Adam Lynes, Lecturer in Criminology at Birmingham City University to find out what qualities he looks for in prospective students. In this 11-minute video, learn about why criminology is so popular, what books you should read prior to studying criminology, how to impress with your personal statement and the do's and don'ts of university life! LESS

2018 This article seeks to develop criminological theory with the application of a literary device known as the ‘flâneur’ – an individual described as a ‘stroller’ – to serial murderer Levi Bellfield. With this application of the ‘flâneur’ to the phenomenon of serial murder, this article provides a fresh theoretical ‘lens’, and specifically sheds light on how particular serial murderers operate and evade detection in modern society. The importance of modernity to the phenomenon of serial murder is also considered utilizing Ultra-Realist theory, resulting in both a micro and macro examination into how the modern urban landscape has subsequently created an environment in which the serial killer both operates and comes to fruition. This synthesis between the application of literary devices, criminological theory and socio-cultural concepts not only raises important and previously neglected questions pertaining to serial murder, but also assists in forming the more sinister relative of the flâneur: the ‘dark flâneur’.

Ride to die: masculine honour and collective identity in the motorcycle underworld

2018 Purpose: The purpose of this paper is to discuss the nature and extent of violent practice in the motorcycle underworld. It does this by considering the murder of Gerry Tobin, and then uses the biography of the founding member of the Hell’s Angels motorcycle club (HAMC) for a critical analysis. The authors are interested in understanding the role of masculine honour and collective identity, and its influences in relation to violence – namely, fatal violence in the motorcycle underworld. The authors argue that motorcycle gangs are extreme examples of what Hall (2012) considers “criminal undertakers” – individuals who take “special liberties” often as a last resort. Design/methodology/approach: The methodological approach seeks to analyse the paradigm of “masculine honour”, and how the Outlaws MC (OMC) applied this notion when executing the seemingly senseless murder of Gerry Tobin. So too, the author triangulate these findings by critically analysing the biography of the founding member of the Californian chapter of the HAMC – Sonny Barger. Further to this, a case study inevitably offers “constraints and opportunities” (Easton, 2010, p. 119). Through the process of triangulation, which is a method that utilises “multiple sources of data”, the researcher can be confident that the truth is being “conveyed as truthfully as possible” (Merriam, 1995, p. 54). Findings: What is clear within the OB worldview is that it can only be a male dominant ideology, with no allowance for female interference (Wolf, 2008). Thus, Messerschmidt’s (1993) notion of “hegemonic masculinity” fits the male dominated subcultures of the HAMC and OMC, which therefore provides the clubs with “exclusive” masculine identities (Wolf, 2008). For organisations like the HAMC, retaliation is perceived as an alternative form of criminal justice that is compulsory to undertake in order to defend their status of honour and masculinity. Originality/value: Based on our understanding, this is the first critical think piece that explores a UK case of homicide within the context of the motorcycle underworld. It also provides a comprehensive understanding of violent practice with the motorcycle underworld from criminological and sociological perspectives. This paper will inform readers about an overlooked and under researched underworld culture.

2016 This article explores websleuthing, a phenomenon widely discussed and debated in popular culture but little-researched by criminologists. Drawing upon a review of existing literature and analysis of news media representations, we argue that websleuthing is much more diverse than previously thought. Encompassing a wide range of motives, manifestations, activities, networked spaces and cases, websleuthing has a variety of impacts upon victims, secondary victims, suspects, criminal justice organisations and websleuths themselves. We conclude that websleuthing is the embodiment of true crime infotainment in a ‘wound culture’ (Seltzer, 2007, 2008) and as such, is deserving of more criminological scrutiny than has been the case to date.