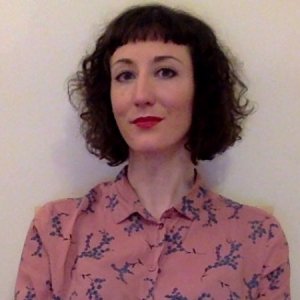 Charlotte Godziewski is a political sociologist interested in health promotion and the political determinants of non-communicable diseases.

Charlotte is a political sociologist interested in health promotion and the political determinants of non-communicable diseases.

Her interest in the politics of health developed while working as a dietitian in Nepal between 2012 and 2014, where she established and led a nutrition department in Dhulikhel at the Kathmandu University Teaching Hospital. After coming back to Europe, she worked as a policy intern for Food and Agriculture at the European Public Health Alliance.

Charlotte's research focuses on macrosocial determinants of noncommunicable diseases. Her interests include the impact of economic governance on public health, the role of commercial actors in shaping public health policymaking, as well as the relationship between research and policy in those areas. She has explored these issues with an empirical focus on the EU context, reflecting upon 'health promotion mainstreaming' as a site of tension between the social and economic logics of EU integration. More recently, she has grown interested in 'degrowth' and health determinants.

Evidence and Power in EU Governance of Health Promotion: Discursive Obstacles to a “Health in All Policies” Approach

This article explores the relation between the meaning of what constitutes ‘evidence’ in the European Commission (EC) and the Health in All Policies (HiAP) concept. Since the 2006 Finnish EU presidency, HiAP is regularly referred to by the Commission, but has not yet been implemented as an overarching political vision. While there is a growing literature on technical implementation of HiAP, little work has delved into the political obstacles to HiAP.

Is ‘Health in All Policies’ everybody’s responsibility? Discourses of multistakeholderism and the lifestyle drift phenomenon

In relation to health promotion, the lifestyle drift is a phenomenon whereby health policymakers begin with a recognition of the social, political and economic determinants of health (‘distal’ determinants of health), only to drift back into designing policies targeted largely at modifying individual behavior (‘proximal’ determinants of health). Looking at the ‘Health in All Policies’ (HiAP) agenda in the European Commission (EC), this article investigates the discursive construction of the lifestyle drift. It starts by analyzing why, in the EC context, HiAP is interpreted as inherently about multistakeholder engagement.

The World Health Organization, Corporate Power, and the Prevention and Management of Conflicts of Interest in Nutrition Policy

The World Health Organization’s (WHO’s) draft Decision-Making Process and Tool to assist governments in preventing and managing conflicts of interest in nutrition policy marks a step-change in WHO thinking on large corporations and nutrition policy. If followed closely it stands to revolutionise business-government relations in nutrition policy. Ralston and colleagues outline how the food and beverage industry have argued against the decision-making tool.