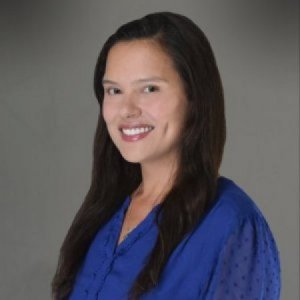 
Dr. Christine Bojanjowski is an expert on pulmonary diseases and critical care medicine. 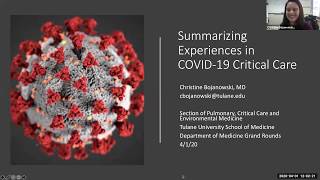 Since her research fellowship at the National Institutes of Health, Dr. Bojanowski has co-authored over 50 abstracts and papers and was appointed to the T-32 training grant at UCSD during her Pulmonary and Critical Care fellowship. Her primary research interests are in lung immunology and innate host response. Her clinical interests in addition to critical care include chronic transitional pediatric to adult lung disease including cystic fibrosis, non-cystic fibrosis bronchiectasis, and rare lung disease. She joined Tulane faculty as an Assistant Professor of Medicine in 2018 and is particularly excited to join the Tulane Adult Cystic Fibrosis Center as Associate Director.

A new study published in the Journal Cell Physiology shows that e-cigarettes have toxic effects on neutrophils function, making them a threat to human health by increasing the likelihood of infection with Gram-negative bacteria.

Tulane expert available to talk about the exposure, negative effects of vaping

Vaping has become America’s latest epidemic, and the number of vaping-related illnesses continues to increase daily.

Effects of Chronic Inhalation of Electronic Cigarette Vapor Containing Nicotine on Neurotransmitters in the Frontal Cortex and Striatum of C57BL/6 Mice.

2019 Electronic (E)-cigarettes are the latest form of nicotine delivery device and are highly popular in the general population. It is currently unknown whether vaping E-cigarettes (E-CIGs) leads to nicotine addiction. Alterations in the levels of the neurotransmitters in the mesocorticolimbic areas have been reported to mediate the initiation and development of nicotine addiction. Therefore, to determine whether E-CIGs activate the same addiction pathways as conventional cigarettes, we investigated for the effects of daily inhalation of nicotine (24 mg/ml)-containing E-CIG vapor for 6 months on the concentrations of these neurotransmitters in the frontal cortex (FC) and striatum (STR) of male C57BL/6 mice as compared to control group that was exposed to air only. We reported here that 6-month E-CIG vapor containing nicotine inhalation decreased dopamine concentration only in the STR. There were no changes in serotonin concentrations in the FC or STR. Chronic E-CIG exposure also increased glutamate concentration in the STR alone, while glutamine concentrations were increased in both the FC and STR. We found that E-CIG exposure also decreased GABA concentration only in the FC. These data suggest that chronic E-CIG use alters homeostasis of several neurotransmitters in the mesocorticolimbic areas, which may result in the development of nicotine dependence in E-CIG users.

Use of Electronic Cigarettes with Conventional Tobacco Is Associated with Decreased Sleep Quality in Women.

Can We DAMPen the Cross-Talk between the Lung and Kidney in the ICU?

2008 To assess the association and combined effect on the risk of age-related macular degeneration (AMD) by the HtrA1 and complement factor H (CFH) polymorphisms, smoking, and serum cholesterol.