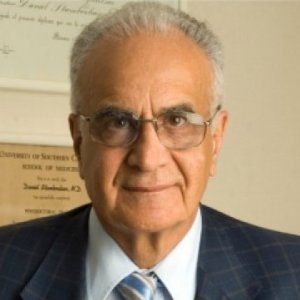 Dr. Stamboulian is the founder of the Pan-American Association of Infectious Diseases (API) and other non-profit organizations. 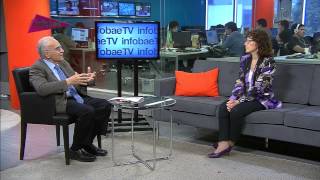 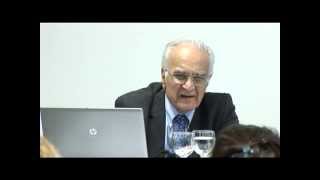 Professor Dr. Daniel Stamboulian graduated with honors from the University of Buenos Aires, Argentina, in 1962, and obtained his specialty degree in Pediatrics in 1965. After successfully completing a postdoctoral training in infectious diseases at the University of Southern California, in 1971 he returned to his country. He is the founder of the Pan-American Association of Infectious Diseases (API), where he served as President from 1985 to 1986. Prof. Dr. Stamboulian is also a co-founder of the Argentine Society of Infectious Diseases (SADI), and was the Society’s first President (1983-1986). In 2005, he was named Emeritus Professor of Infectious Diseases at Universidad de Ciencias Empresariales y Sociales (UCES, University of Social and Entrepreneurial Sciences) and in 2008 he was appointed the rank of Voluntary Professor of Medicine at the University of Miami. Since 2010, he holds the title of Honorary Professor at Instituto Universitario CEMIC. Prof. Dr. Daniel Stamboulian is the founder and Chairman of the non-profit organization FUNCEI (Fundación Centro de Estudios Infectológicos) in Argentina. In 2001, he founded FIDEC (Fighting Infectious Diseases in Emerging Countries), a non-profit organization based in the United States. Prof. Dr Stamboulian has received numerous awards throughout his career. In 2010 he was granted the “Bicentennial Medal” (2010), to a prominent member of the Armenian Community in Argentina and in recognition of his work as a medical consultant for the Ministry of Health of the City of Buenos Aires. In 2011, SADI paid tribute to Dr. Stamboulian’s career during its XI Annual Meeting; Asociación Médica Argentina (Argentine Medical Association) and the University of Valparaíso, Chile, awarded him the prize “Professor Carlos Reussi Master of the Andes” and Asociación de Dirigentes de Empresa (Entrepreneur Association) granted him the prize “Entrepreneur 2011 Award, Category Business and Community”. He was also pronounced “Prominent Figure of Science 2011” by the Legislature of the City of Buenos Aires.

Prevention and Management of Infectious Diseases

2014 This phase III study assessed the safety and immunogenicity of MenACWY-CRM, a quadrivalent meningococcal conjugate vaccine, administered with routine vaccines starting at 2 months of age.