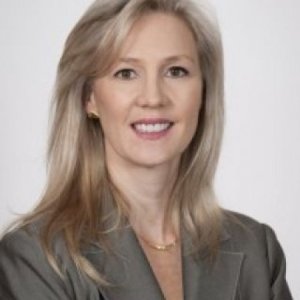 
Dr. Danielle Andrade is a neurologist specialized in the areas of epilepsy and genetics 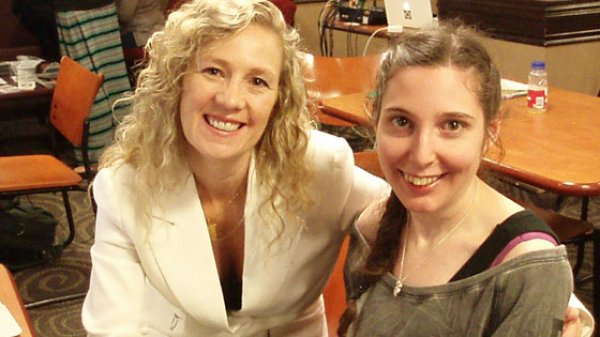 It's not surprising that the Clozza family experienc​ed a magical moment on a recent trip to Disney World. But the reason ​went beyond daughter Daniela meeting an enchanted princess or two.

"It was very special for us because it was the first time we were able to travel as a family," said Guida Clozza, Daniela's mother. "I never thought we would be able to do something like this."

Gene May Boost Death Risk for People With Mild Epilepsy

The researchers studied a four-generation family with nine members who had epilepsy caused by a mutation of the DEPDC5 gene.

A new genetic discovery has opened the door for potential ways of screening patients for the risk of sudden unexpected death in epilepsy (SUDEP).

Published in the journal Neurology: Genetics, the study from Toronto’s Krembil Neuroscience Centre has discovered a gene mutation that increases the risk of SUDEP in patients with mild forms of the disease.

How this epilepsy toolkit could help Canadian workplaces

TORONTO – National statistics on epilepsy suggest that about 0.6 per cent of the population has the condition. About 15,500 people per year are diagnosed – they could be your family, friends and coworkers.

But do you understand the mechanics behind epilepsy? Canadian experts created a new toolkit to shed light on the disorder for employers, human resources managers and colleagues. Their hope is their tools will remove the stigma behind a disorder that’s easily manageable.

5 Things You Need To Know About Epilepsy

It's easy to take for granted that the whole of our consciousness is rooted in nothing more than the complex activity of our brain cells. It's only when activity goes awry that the importance of our immaculately-tuned brain activity becomes obvious.

Lamotrigine (LTG) has an established place in our armamentarium of antiepileptic drugs (AEDs). As a broad spectrum AED, it is often used in patients with severe epilepsy, especially those with both focal and generalized onset seizures. Patients with Dravet syndrome would appear to be good candidates for treatment with LTG, since they have severe epilepsy and several types of seizures (including those with focal and generalized onset). However, some reports have shown that the majority of patients with Dravet syndrome have an increase in seizure frequency and/or severity when taking LTG.

22q11.2 Deletion syndrome (22q11.2DS) is the most common microdeletion syndrome in humans, estimated to affect up to 1 in 2,000 live births. Major features of this multisystem condition include congenital anomalies, developmental delay, and an array of early- and later-onset medical and psychiatric disorders. Advances in pediatric care ensure a growing population of adults with 22q11.2DS. Informed by an international panel of multidisciplinary experts and a comprehensive review of the existing literature concerning adults, we present the first set of guidelines focused on managing the neuropsychiatric, endocrine, cardiovascular, reproductive, psychosocial, genetic counseling, and other issues that are the focus of attention in adults with 22q11.2DS. We propose practical strategies for the recognition, evaluation, surveillance, and management of the associated morbidities.

Delineating the 15q13.3 microdeletion phenotype: a case series and comprehensive review of the literature nature.com

Dendritic spines represent the major site of neuronal activity in the brain; they serve as the receiving point for neurotransmitters and undergo rapid activity-dependent morphological changes that correlate with learning and memory. Using a combination of homozygosity mapping and next-generation sequencing in two consanguineous families affected by nonsyndromic autosomal-recessive intellectual disability, we identified truncating mutations in formin 2 (FMN2), encoding a protein that belongs to the formin family of actin cytoskeleton nucleation factors and is highly expressed in the maturing brain. We found that FMN2 localizes to punctae along dendrites and that germline inactivation of mouse Fmn2 resulted in animals with decreased spine density; such mice were previously demonstrated to have a conditioned fear-learning defect. Furthermore, patient neural cells derived from induced pluripotent stem cells showed correlated decreased synaptic density. Thus, FMN2 mutations link intellectual disability either directly or indirectly to the regulation of actin-mediated synaptic spine density.

November 2014
Given verapamil's property as a glycoprotein inhibitor, this drug could increase the effective concentration of antiepileptic drugs (AEDs) in the epileptic foci, reducing the number of seizures. This pilot study was designed to evaluate the safety and efficacy of verapamil as adjunct therapy in pharmacoresistant patients with focal onset seizures.