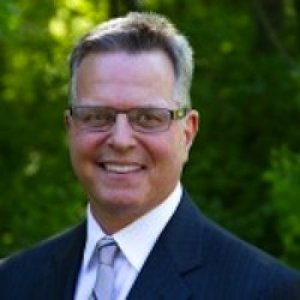 
David turns the little wins into life changing habits that pave the way for sustained success that can be enjoyed every day.

Dr. David Kaplowitz, Life Coach, knows how to make a comeback; he has done it many times. In fact, his recent actualization as a life and business coach is the culmination of his latest comeback efforts, which has enabled him to realize his true calling: improving the lives of others around him. David’s determination coupled with his intuition and innate ability to connect with people allows him to show others that their obstacles are actually stepping stones to opportunity.

A graduate of Palmer College of Chiropractic in 1977, David opened his Chiropractic Center in June of 1979 and was the first doctor in the state of CT to advertise. Hosting a weekly call-in radio show for years, he promoted his practice to an astonishing pace of 100 patients a day. As he honed his public speaking skills, David began to share his success with fellow doctors by lecturing internationally, for Chiropractic management groups.

In the early 1990s, life changed for David. The introduction of the managed care insurance programs cut his practice volume in half. After reassessing the healthcare landscape, David switched gears and began to build a large distribution channel for a vitamin supplement company. In a short time, his organization stretched around the world, where he lectured and held workshops that helped motivate and organize thousands of distributors. In just 18 months, he replaced his chiropractic income and retired from private practice, finally ending his frustration in dealing with newly formed HMO’s and PPO’s.

All of this has led David to a career in Coaching. While helping his clients realize they already know the answers to their limiting beliefs, David works with each individual to develop the leadership skills, habits, and behaviors that make living a sustained life at the top possible.

Kaplowitz Chiropractic Center located in Stamford Ct. treated on average 100 patients a day to relieve back and related musculo-skeletal injuries. David hosted his own call in radio show on WSTC and was among the first Drs in Connecticut to use advertising to attract new patients.

Lectured internationally for a practice management group that focused on educating individuals about wellness care through video presentation.

Lectured internationally for a practice management group to help Chiropractic Physicians develop strategies to run their practices with efficiency and integrity while maintaining high profitability.

Distribution of vitamins and natural health related products. Lectured extensively throughout the USA building and managing large organizations and educating members about the benefits of the products represented

President and Head Coach of The Future You (professional)

a coaching company that works with executives, business owners and entrepreneurs gain clarity and focus making decisions and remove blocks that hold them back so they can achieve extraordinary results.

additional certification in Energy Leadership; assessing individuals attitudinal energy profile for the purpose in helping people increase their influence with the people they interact with on a daily basis.

“I run a large distribution company for healthcare products. David spoke at our national convention. His insights, humor and story telling style captivated and energized the entire audience. It was a most memorable event thanks to his participation” -Stan Cherlstein President, Waiora International

Your Leadership Style will determine your success!

Learn the difference between Anabolic building energy and Catabolic destructive energy and how your effectiveness as a leader depends on your ability to access to the energy that will serve you best.

Break all records in sales by learning how to gain influence and engage your customers.

Your health is a matter of Leadership

Your leadership style determines the healthcare choices you make every day. This incredibly logical way of choosing what's best for you is in your total control. Learn why.