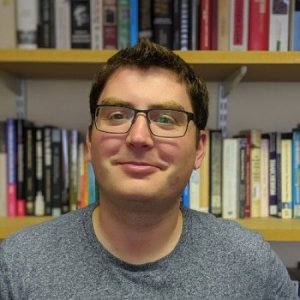 A historian of 20th century and contemporary British politics, economics and society

Dr James Freeman is Lecturer is based in the Department of History where his research interests span the histories of important British political speeches and the power of oratory, spin and rhetoric, as well as the promises that politicians make and why/how these are frequently not delivered. He is also interested in the history of media research and polling in British politics.

Dr Freeman's previous projects include studying the evolution of national pensions policy as rooted in the Thatcher government’s pension reforms of the 1980s, the evolution of ‘neoliberalism’ and its influence on British politics, the Conservative party’s history, and the rhetoric of freedom and liberty from 1900 to the present day. He also uses a variety of digital techniques to explore political history. He has been interviewed for NBS, Elle magazine and for a series of BBC radio broadcasts about his views on political speeches and the history of issues in contemporary politics, such as Brexit.

Yes to Europe! The 1975 Referendum and Seventies Britain

2019 British politics seems reluctant to let go of the 1970s. Rehashed by successive generations as a story of origins, cautionary tales, parallels and betrayals, it has always been difficult to read the decade by its own lights.

2019 It is often assumed that ‘Hayekian’ or ‘neoliberal’ influences lay behind Conservative attacks on socialism in 1945 and subsequent calls to ‘set the people free’ in 1950 and 1951. This assumption has had consequences for our understanding of late-1940s Conservatism and for wider interpretations of post-war politics.

'Everyman A Capitalist' or 'Free To Choose'? Exploring The Tensions Within Thatcherite Individualism

2018 It is widely recognized that ‘the individual’ was prioritized by the Thatcher governments. However, there has been little analysis by historians of exactly how the Thatcher government conceptualized ‘the individual’. In this article, we attempt to remedy this deficiency by undertaking a case-study of a key Thatcherite social policy reform: the introduction of ‘personal pensions’.

Renewal: a Journal of Labour Politics

2018 In February and March this year, strike action hit sixty-five universities across the UK as members of the University and College Union (UCU) went on strike in defence of their pension scheme–the Universities Superannuation Scheme (USS), which covers employees at pre-1992 universities (and some other smaller organisations). Fourteen days of teaching were lost

2014 This 3-year AHRC-funded project began work in September. It will explore reforms to Britain’s pension system implemented by the Conservatives in the 1980s and consider their longer-term consequences, not least the way in which they continue to shape present day problems and constrain options for change.