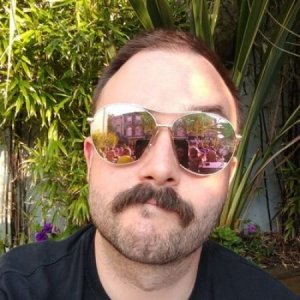 Lecturer in Anthropology | University of Bristol

Dr Jamie Lawson is based in Bristol’s Department of Anthropology and Archaeology in the School of Arts. A queer anthropologist, his research is focused on sex and sexuality, with a particular focus on LGBTQ+ culture and history. He has recently published work on the 'puppy play' community, and has many years experience engaging with the media (written articles, radio and TV) on the topic of sexuality and queer identities. His recent book, 'Rainbow Revolutions: Power, Pride and Protest' in the Fight for Queer Rights (published by Hachette), is a richly illustrated history of the LGBTQ+ rights movement written for children.

Dr Lawson has delivered various public-facing talks about sex, sexuality, queer history and equality and was the Executive Director of Durham Pride for the city's first Pride celebration in 2015. 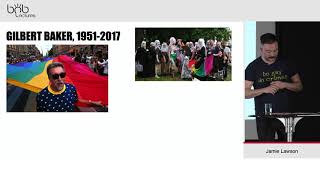 Anthropologist Dr. Jamie Lawson, who focuses on sex and sexuality over at the University of Bristol, headed over to his local Sainsbury’s supermarket to grab some condoms and lube when he noticed that the section was labeled “family planning.” He quickly turned to Twitter, arguing that the sign is “unfit for purpose and excluding.”

Condoms are still in the “family planning” aisle at the drugstore. Experts say that’s a problem

In mid-June, Jamie Lawson swung by his local Sainsbury’s (a U.K. supermarket franchise) to pick up a few things — eggs, milk, fruit, condoms — and found himself fuming in front of the store’s “family planning” section. Although far from the first time he had seen the label in his life, this particular instance was the last straw.

Dr Jamie Lawson, who works at the University of Bristol, wrote a guest post on sex writer Girl on the Net's blog explaining why his latest project is tackling high street shops that use the signs. The anthropologist and queer activist was recently on a mish to buy some condoms when he first noticed the ludicrous signs hovering above what is essentially the sex accessories aisle. Naturally, he was outraged at how exclusionary the signage is.

2020 In this article we explore the history, culture and practice of the phenomenon known as ‘puppy play’. Puppy play is a practice in which people take on the persona of a dog (or handler), with participants often wearing specialist gear to further enhance the experience of being a puppy.

The psychology of puppy play: a phenomenological investigation

2019 This article presents a phenomenological investigation into the experience of engaging in a sexual practice known as “puppy play,” where participants role-play being puppies or handlers (those that look after or own puppies), often within a dominance/submission sexual context. Only one previous study has been conducted on this phenomenon, and the present study sought to provide new knowledge about the meaning of this practice for participants.

Art as a pathway to impact: Understanding the affective experience of public engagement with film

2019 The need for social as well as academic impact in social science research is now well established. Art is increasingly being explored as a means of generating social impact, most commonly as a way to engage publics with research findings, but to date with little exploration of the process of engagement itself.

Anthropologists in Films: “The Horror! The Horror!”

2015 Drawing upon 53 films featuring fictional representations of anthropologists, we explore in this article the popular depiction and perception of anthropology by examining portrayals of the discipline in film. Finding that 26 of the 53 can be categorized as horror films, we examine the role of anthropologists in these films as experts and mediators for seemingly alien “others” and how this lends itself to frequently heroic depictions.

2018 A common criticism of phenomenological methods has been that there is a singular focus on individual experience at the cost of broader group level phenomena. In contrast, psychoanalytically informed psychosocial methods have continued to develop novel ways of exploring group level material.