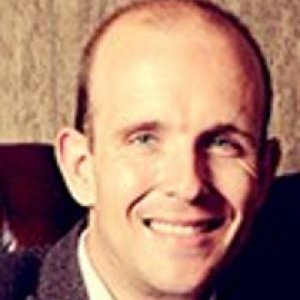 Dr. Bahadur Lamb regularly consults with both the military and police on issues concerning terrorism and counter terrorism.

John has been a member of staff at Birmingham City University since 2010, first in a part time capacity and then full time from January 2013. In 2014, he was nominated for Extra Mile awards at Birmingham City University for his teaching in the categories 'Engaging and Inspiring Tutor of the Year' and 'Personal Tutor of the Year'. He made it into the final nine individuals for the second nomination.

Institute of Leadership and Management

Dr John Bahadur Lamb, lecturer in Criminology and Security Studies at Birmingham City University, said today’s cashless society makes it harder for criminals to get hold of useable hard currency. He said: “One of the biggest problems ATM robbers face is disposing of the machine itself and that’s why they will often use a fork-lift truck and use its forks to pierce the ATM in situ rather than having to take it away with them. “The simple fact is that the chances are high they will have made a lot of noise and mess and in the process left a lot of forensic evidence.”

Dr John Bahadur Lamb, Lecturer in Criminology and Security Studies at Birmingham City University, added: “Such an oversight is a glaring error and will inevitably lead to a wholesale review of the processes in place." “The removal of these profiles significantly weakens the UK’s security as it stops the police being able to quickly compare evidence against known individuals.

The Dangers of Shooting to Wound

This is the sort of scenario that might not surprise police chiefs in Europe and North America, who generally view shooting to wound as a dangerous practice. “Shooting to wound is 100% discouraged or is not how (British) armed officers are trained, which is to shoot to stop (and) to aim at the torso, the center of mass,” John Bahadur Lamb, a doctor in criminology and security studies at Birmingham City University, told The Media Line. Aiming for an arm or a leg is not particularly easy as they are far smaller and faster moving targets than a person’s torso, increasing the chance of a miss-shot, Lamb explained, adding that adrenaline and physical exertion in the shooter would further decrease accuracy. Missing the target not only risks killing the suspect when the intention is only to wound, but also risks striking other people who are in the vicinity.

2018 Immediately after the 9/11 attacks America readied itself to strike back against those it knew to be responsible. After failed diplomatic attempts to get the fundamentalist Taliban government of Mullah Omar to hand over bin Laden, a joint UK/USA invasion of Afghanistan was launched. However, unlike previous invasions, this campaign would not use large-scale deployments of troops but instead would make use of approximately 300 Special Forces operatives supporting intelligence agency staff. This paper argues that conducting an invasion in this way matches the theory of cyberwar proposed by Arquilla and Rondfelt (1993).

2014 In July 2006, the UK Government published its counter-terrorism strategy known as CONTEST, with the aim to reduce the risk to the UK and its interests overseas from terrorism. The document has evolved through two updated versions [Home Office. (2009). Pursue, prevent, protect, prepare: The United Kingdom's strategy for countering terrorism. London: HMSO; Home Office. (2011). CONTEST: The United Kingdom's strategy for countering terrorism. London: Home Office] and outlines four work streams or strands, in which each outlines a specific element of counter-terrorism policy in the UK. These work streams are: PURSUE, which seeks to catch terrorists; PREPARE, which builds resilience to attacks; PROTECT, which hardens potential targets and PREVENT, which seeks to stop people becoming or supporting terrorists. This paper focuses on the PREVENT stream and explores the possible gendering of the role undertaken by police officers tasked with implementing PREVENT in the West Midlands. As part of this exploration, findings are presented, which enable the article to argue that the skill set PREVENT policing requires the officers tasked with its use to have and encourages the officers to assign a ‘gender’ to the role. Exactly how this ‘gender’ is assigned, what the ‘gender’ of PREVENT is thought to be by the officers and how these impacts on the implementation of PREVENT are then discussed.

Light and dark: the contrasting approaches of British counter terrorism