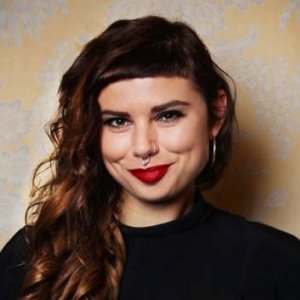 Lecturer in Law | University of Bristol

Dr Katie Bales is a Lecturer in Law at the University of Bristol. She specialises in forced migration, work and the welfare state. She has been exploring the issues that impact the lives of asylum-seekers and refugees in the UK – including their working rights, access to employment and how the law regards immigrants. Dr Bales has also examined low wages paid to detainees in immigration centres and access to education for asylum-seekers. She is currently working on a new study of international perspectives on detention centres.

Dr Bales has undertaken research for the Equality and Human Rights Commission and the Scottish Human Rights Commission, examining the State's compliance with human rights obligations (with a particular focus on welfare reform and the immigration detention of children). In addition to her research and teaching, Dr Bales is co-editor for the Futures of Work blogsite with Bristol University Press. She is also a trustee for the Bristol City of Sanctuary Charity and a founding member of the Sanctuary Scholarships working group which helped to establish a scholarship scheme for asylum seekers and refugees seeking access to Higher Education.

The UK's new right-to-study rules are another manifestation of its ‘hostile environment’ for immigrants, say Katie Bales and Bridget Anderson.

Britain's labour laws are in desperate need of reform. Working people are increasingly engaged in work that pays poorly, is insecure and contains few avenues of redress if they are treated unfairly by their employers.

Language barriers are making asylum seekers suffer all over again

"I believe education is one of the greatest ways to allow the asylum seekers to integrate into the country," says Katie Bales, a lecturer in Bristol University and a pioneer in the campaign for Sanctuary Scholarship. "They should be given the opportunity. They have come to this country and they deserve everything that we have."

'Nobody move, this is a raid': Byron Burger staff 'were rounded up for a meeting about "how to cook burgers" by managers before immigration officers pounced in organised sting'

Journal of Law and Society

2019 The rise in foodbank usage, homelessness, and poverty in the United Kingdom indicates that the state's welfare benefits system is failing - an inevitable consequence of an austerity regime which ensures that the poor pay for the mistakes of the rich.

‘Voice’ and ‘Choice’ in Modern Working Practices: Problems with the Taylor Review

2018 In July 2017, the Taylor Review on ‘Modern Working Practices’ was published. Led by Matthew Taylor, the Review aimed to consider the implications of new emerging business models for both worker rights and employer obligations. Its recommendations seem ill-informed, methodologically unsound and, ultimately, unlikely to address the widespread deprivation of workers’ rights within the ‘gig’ economy and contemporary workplace.

‘To be a productive worker is not luck but misfortune’

2018 Is the society of work in crisis? It is certainly dogged by job insecurity and growing precariousness. Long past are the days of the late nineties and early noughties that saw, in the UK at least, New Labour contrive a response to this crisis via a bold appeal to the apparently fulfilling forms of work afforded by the creative economy.

The 'future' of work? A call for the recognition of continuities in challenges for conceptualising work and its regulation

School of Law, University of Bristol

2018 Discussion of a world without work usually comes accompanied by either fear or fantasy of a workerless world. A hashtag search on twitter for #futureofwork yields many photos of robots, yet very little insight into how such a world will emerge and its relation to the one in which we currently carry out our working lives.

Unfree labour in immigration detention: exploitation and coercion of a captive immigrant workforce

2018 This paper focuses on labour within immigration detention in the United Kingdom, offering an original national case study as well as a new conceptual framework for analysing such practices. It does so through an innovative engagement with recent literatures on forced labour, unfreedom and hyper-precarity, particularly amongst irregular migrants. We advance two key arguments in this paper.