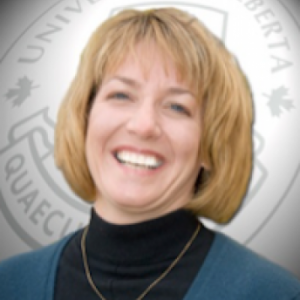 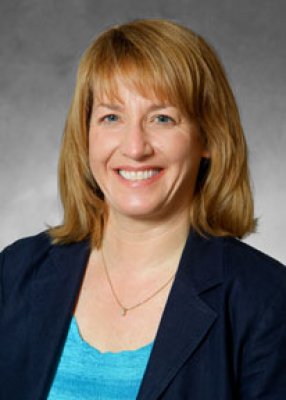 Dr Beaupre is a Professor in Physical Therapy with an adjunct appointment in the Division of Orthopaedic Surgery at the University of Alberta in Edmonton, Canada. Her primary area of research evaluates methods of improving the care and recovery of frail seniors who have experienced a hip fracture, including those who reside in nursing homes or have cognitive impairment. She is the Hip Fracture Director for Bone and Joint Canada, a Knowledge to Action organization that promotes dissemination of best practices across the country to clinicians, decision- and policy-makers.

Dr Lauren Beaupre was honoured with the Institute for Musculoskeletal Health and Arthritis Knowledge Translation Prize in 2013.

National Quality Indicators To Improve The Care Of Patients With Hip Fracture: The Next Phase Of Collaborative Work

Liberal or Restrictive Transfusion in High-Risk Patients after Hip Surgery

2011 BACKGROUND The hemoglobin threshold at which postoperative red-cell transfusion is warranted is controversial. We conducted a randomized trial to determine whether a higher threshold for blood transfusion would improve recovery in patients who had undergone surgery for hip fracture. METHODS We enrolled 2016 patients who were 50 years of age or older, who had either a history of or risk factors for cardiovascular disease, and whose hemoglobin level was below 10 g per deciliter after hip-fracture surgery. We randomly assigned patients to a liberal transfusion strategy (a hemoglobin threshold of 10 g per deciliter) or a restrictive transfusion strategy (symptoms of anemia or at physician discretion for a hemoglobin level of

Use of a Case Manager to Improve Osteoporosis Treatment After Hip Fracture: Results of a Randomized Controlled Trial

4 November 2005 OBJECTIVES To determine evidence-based best practices for elderly hip fracture patients from the time of hospital admission to 6 months postfracture. DATA SOURCES MEDLINE, Cochrane Library, CINAHL, Embase, PEDro, Ageline, NARIC, and CIRRIE databases were searched for potentially eligible articles published between 1985 and 2004. REVIEW METHODS Two independent reviewers determined studies appropriate for inclusion using standardized selection criteria, extracted data, evaluated internal validity, and then rated studies according to levels of evidence. Only Level 1 or 2 evidence was included in our summary of clinical recommendations. RESULTS Spinal anesthesia, pressure-relieving mattresses, perioperative antibiotics, and deep vein thromboses prophylaxes had consistent evidence of benefit. Routine preoperative traction was not associated with any benefits and should be abandoned. Types of surgical management, postoperative wound drainage, and even “multidisciplinary” care, lacked sufficient evidence to determine either benefit or harm. There was little evidence to either determine best subacute rehabilitation practices or to direct ongoing medical issues (e.g., nutrition). Studies conducted during the subacute recovery period were heterogeneous in terms of treatment settings, interventions, and outcomes studied and had no clear evidence for best treatment practices. CONCLUSIONS The evidence for perioperative practices is relatively robust and evidence-based perioperative treatment guidelines can be easily established. Conversely, more evidence is required to better guide the care of elderly patients with hip fracture during the subacute recovery period and convalescence.

August 2002 OBJECTIVES To determine the association between time to definitive surgical management and the rates of nonunion and infection in open fractures resulting from blunt trauma. To determine the association of other clinical determinants with these same adverse events. DESIGN Retrospective review of a consecutive series of open long bone fractures. SETTING Referral trauma center with transport times often extending beyond eight hours from the time of injury. PATIENTS A total of 227 skeletally mature patients with 241 open long bone fractures were treated between January 1996 and December 1998; 215 fractures were available for review at a minimum of twelve months postinjury. INTERVENTION Medical charts of all patients were reviewed using a standardized data collection form. All available records and radiograph reports were inspected. All cases were followed to clinical and radiographic union of the fracture or until a definitive procedure for nonunion or deep infection was carried out. MAIN OUTCOME MEASURES Occurrence of deep infections or nonunions after fracture treatment. RESULTS The mean time to definitive treatment was eight hours and twenty-five minutes (range 1 hour 35 minutes to 30 hours 40 minutes). Forty patients went on to nonunion, and twenty developed a deep infection. In the final multivariate regression model, time was not a significant factor in predicting either nonunion or infection (p > 0.05). The strongest determinants for nonunion were found to be presence of infection and grade of injury (p < 0.05). The strongest predictors for the development of a deep infection were fracture grade and a lower extremity fracture (p < 0.05). CONCLUSIONS The risk of developing an adverse outcome was not increased by aggressive debridement/lavage and definitive fixation up to thirteen hours from the time of injury when early prophylactic antibiotic administration and open fracture first aid were instituted.