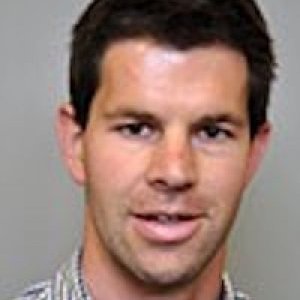 Dr. Matt Cole is an expert in the influence of nutritional interventions on gross efficiency during cycling.

As a registered sport and exercise nutritionist, Matt has provided nutrition support to a variety of elite athletes and teams, as well as being part of the anti-doping team at the 2012 London Olympic Games.

Matt has significant experience of teaching and leadership in the higher education sector, and has taught across a range of sports-related degree programmes at both undergraduate and postgraduate level. He has also presented at international sports science conferences and published research in a number of peer-reviewed journals.

His main interests lie in endurance sport - whether it is undertaking research on distance cyclists, providing nutrition support to local athletes or running marathons.

2015 Currently it is unclear whether blood flow (BF) or muscle oxidative capacity best governs performance during intermittent contractions to failure. The aim of this study was to determine oxygenation kinetics and BF responses during intermittent (10 s contraction: 3 s release) contractions at 40% of MVC in rock climbers of different ability (N=38). Total forearm BF, as well as de-oxygenation and re-oxygenation of the flexor digitorum profundus (FDP) and the flexor carpi radialis (FCR) were assessed. Compared to the control, intermediate and advanced groups, the elite climbers had a significantly (p

2014 To assess the effect of dietary manipulation on gross efficiency (GE), 15 trained male cyclists completed 3×2 h tests at submaximal exercise intensity (60% Maximal Minute Power). Using a randomized, crossover design participants consumed an isoenergetic diet (~4 000 kcal.day-1) in the 3 days preceding each test, that was either high in carbohydrate (HighCHO, [70% of the total energy derived from carbohydrate, 20% fat, 10% protein]), low in carbohydrate (LowCHO, [70% fat, 20% carbohydrate, 10% protein]) or contained a moderate amount of carbohydrate (ModCHO, [45% carbohydrate, 45% fat, 10% protein]). GE along with blood lactate and glucose were assessed every 30 min, and heart rate was measured at 5 s intervals throughout. Mean GE was significantly greater following the HighCHO than the ModCHO diet (HighCHO=20.4%±0.1%, ModCHO=19.6±0.2%; P0.05). This study suggests that before the measurement of gross efficiency, participants' diet should be controlled and monitored to ensure the validity of the results obtained.

Journal of Science and Cycling

2014 Professional cyclists have been shown to have a mechanical efficiency that is 11% higher compared to amateur cyclists (Coyle et al. 1991: Med Sci Sports Exerc, 23 (1), 93-107). The variations in power between professional and amateur cyclists are associated with a greater torque development at the first phase of the pedal revolution (Coyle et al. 1991). It has also been shown in cyclists that a relationship exists between vertical leg stiffness and the peak power output (PPO) (r = 0.75, p < 0.01) achieved during a 30 s Wingate test (Pitchers et al. 2013: The relationship of vertical leg stiffness, peak power output and V̇O2max in recreationally active cyclists: identification of the interface between human and bike. 9th Annual Conference of the United Kingdom Strength & Conditioning Association, Nottingham, UK). Vertical leg stiffness may be important to cycling performance as the majority of the force produced is vertical and optimisation of the stretch shortening cycle may limit energy wastage during the propulsive phase (So et al. 2005: Phys Ther Sports, 6, 89-96; Fonda & Sarabon 2010: Sport Sci Rev, 19 (1), 187-210). The relationship between vertical leg stiffness and mechanical efficiency during cycling has yet to be examined.

2010 The aim of this study was to investigate the influence of mouth rinsing a CHO-electrolyte (CHO-E) solution on 1-h running performance. A second study determined whether mouth rinsing a CHO-E solution altered the blood glucose and plasma insulin concentrations at rest.