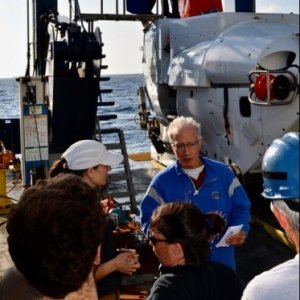 Michael Perfit’s research has focused on the petrogenesis of mid-ocean ridge basalts, island arc lavas, magma genesis and oceanic spreading centers. He has taken more than 35 dives to depths up to 12,000 feet in the deep-sea submersible ALVIN during his research. Michael has participated on over 20 oceanographic research cruises and served as co-chief scientist on several more, and he has authored or co-authored more than 100 peer-reviewed technical papers and articles in professional scientific publications.

Staring up into the night sky as a kid and wondering what was out there started my journey to a career that involves diving in a cramped submersible vessel into the darkness of the deep sea to see what’s there.

A UF distinguished professor of Geology is one of the few geologists who work and study volcanoes on mid-ocean ridges. In total, Michael Perfit has spent nearly 10 days on the bottom of the ocean as an “aquanaut.”

Michael Perfit, a professor at the University of Florida who also studies undersea eruptions, said the study "tells a remarkable story." But, he said, the authors may have overstated the relative role of tectonic stress versus magma pressure. "I think it's really got to be both," he said. He cited a 2014 geochemical study he coauthored suggesting that the magma was replenished with new material from below about 6 weeks before the eruption. This suggests pressure could have played a more substantial role, he said.

Karson wrote the book with Deborah Kelley, professor of oceanography at the University of Washington; Daniel Fornari, a marine geologist and senior scientist at the Woods Hole Oceanographic Institution (WHOI); Michael Perfit, professor of geological sciences at the University of Florida; and Timothy Shank, an associate scientist in biology at WHOI.

An article published in Nature Geoscience reports the team found that unusual lavas resulting from relatively recent volcanic activity had occurred in the region of the same fault system that caused the January 2010 earthquake in Haiti. The existence of this volcanic activity, which probably occurred less than 1 million years ago, is unexpected as it postdates the previously known active volcanism in this part of the Caribbean by at least 40 million years, said Michael R. Perfit, a professor and chairman of UF's department of geological sciences.

Lavas that have erupted at near-axis seamounts provide windows into mid-ocean ridge mantle heterogeneity and melting systematics which are not easily observed on-axis at fast-spreading centers. Beneath ridges, most heterogeneity is obscured as magmas aggregate toward the ridge, where they efficiently mix and homogenize during transit and within shallow magma chambers prior to eruption.

Models for mid-ocean ridge (MOR) mantle composition and melting systematics predominantly arise from decades of research on axial MOR basalts. The MOR axis is where melts from the mantle focus and are known to homogenize to various extents in shallow magma chambers before eruption. The resulting re-equilibration and mixing of magmas prior to erupting biases interpretations of upper mantle source compositions and melting systematics beneath MORs.

Basalts from the East Pacific Rise (EPR), Siqueiros transform zone and Mid-Atlantic Ridge (MAR) area have been analyzed for the platinum-group elements (PGE) and a wide range of incompatible elements. The low PGE content of the most primitive mid-ocean ridge basalts (MORB) suggests that they leave the mantle sulfide-saturated but become sulfide under-saturated, as a consequence of decompression, during their ascent from the mantle to the MOR magma chamber.

Every Andesite Tells a Story: From Maps to Microprobes, the Origin of Andesites on Axial Volcano, Juan de Fuca Ridge

Andesitic hummocky flows, some over 200 m high form a northeasterly trending ~ 11km long ridge ~3 km east of Axial's North Rift neovolcanic zone (NRZ). The ridge is morphologically similar to numerous ridges up to 15 km long and 150 m high that parallel the modern NRZ and likely reflect past diking events. Meter-scale AUV mapping was completed along the andesite ridge and detailed observations and sampling were done with MBARI's ROV Doc Ricketts on the southernmost 4 km.

Geochemical analyses of samples at off-axis seamounts has long revealed compositional variability in the near-mid-ocean ridge (MOR) mantle. However, sampling has been scattered across a large region, resulting in uncertainties related to melt storage and mixing processes, and thus our understanding of mantle heterogeneity and melting systematics remains ambiguous. In 2016 and 2018, the 8˚20' N seamount chain was mapped using AUV Sentry and sampled via HOV Alvin and dredging. 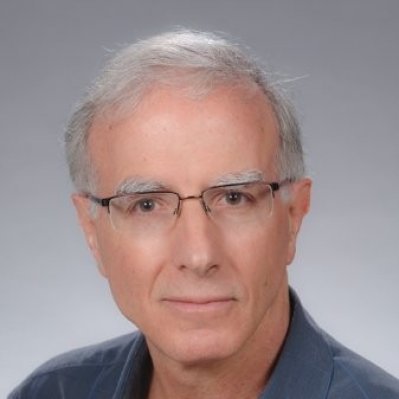 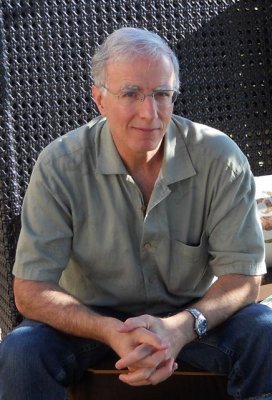 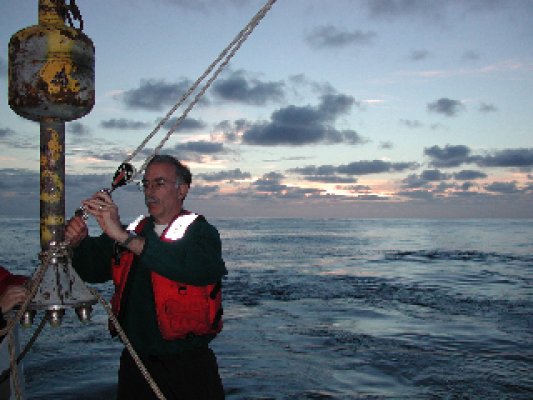 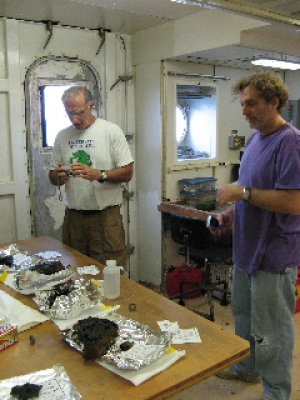 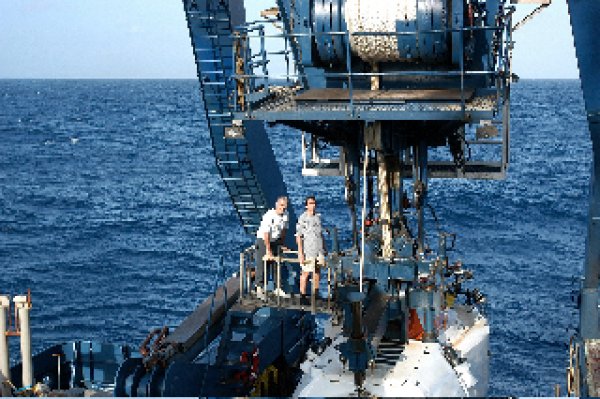 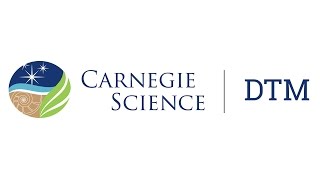