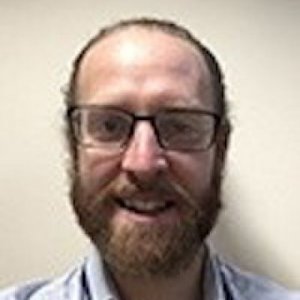 Dr. Ryan Scoats is an expert in the areas of masculinities, sports cultures, sexualities, identity, and consensual non-monogamy.

Ryan Scoats gained his BA (Hons) and Masters of Research from the University of Bath, and his PhD from the University of Winchester, studying under Professor Eric Anderson. He has previously been a lecturer in Sports Sociology at both Wolverhampton and Winchester Universities, and is currently a researcher at Birmingham City University in the faculty of Health, Education and Life Sciences. Much of his work focuses on people’s experiences of multi-sex threesomes and has been featured in a variety of media outlets including: The Independent, The Metro, and the Mail Online. Some of his other research interests include masculinities, sports cultures, sexualities, identity, and consensual non-monogamy.

There is an actual real life doctor of threesomes. His name is Dr Ryan Scoats, and he did an actual real life PhD in threesomes. So, how did that come about? Dr Ryan told Metro.co.uk: ‘After having had threesomes myself, I wondered how other people experienced them. ‘So, I went to look at the literature and there wasn’t really anything out there, and what there was was lumped in with polyamory and swinging. ‘There was nothing out there about people who only have threesomes. I felt that given a PhD is meant to expand human knowledge and fill gaps in that knowledge, that it would be suitable and good avenue to pursue...

This Man Got a PhD in Threesomes

Social scientists have a way of digging into just about every corner of social and sexual life. And Ryan Scoats, a researcher at Birmingham City University, has a very specific niche. Years ago, Scoats and his then-girlfriend developed a friends-with-benefits-type relationship with another woman. Curious, Scoats went looking for academic studies about him and his ex-partner's new relationship coupling. He didn't find much, and what research did exist about threesomes often lumped them in with polyamory and swinging. But this didn't reflect his own experiences—he wasn't in an open relationship and didn't consider himself a swinger.

A Guy With A Ph.D. In Threesomes Explains How To Have Them Ethically

Science has studied all kinds things sex-related, from orgasms to sexuality to fetishes, but surprisingly there hasn't been much research into the topic of threesomes. So, Ryan Scoats, a researcher at Birmingham City University, thought he'd change that and do his Ph.D. research on threesomes...

2017 When Eric Anderson published inclusive masculinity theory (IMT), it was largely situated in relationships he observed with first-year undergraduate students. Here, he noticed a striking difference in behaviours and attitudes between the adolescent heterosexual men in the United States, compared to those in the UK. Since IMT’s inception, there has been a great deal of further enquiry into the social lives of young heterosexual men in both of these nations. What is undertheorized, however, is whether the intense emotional and physical tactility of homosocial relationships described in this literature will occur with current and future generations. Nor do we know if men described as exhibiting inclusive masculinities at university continue to do so – and to what degree – as they enter the workplace and develop family ties. This research utilizes 10 semi-structured interviews with the same participants from Anderson’s initial studies, showing that they continue to strive for the same emotional intimacy with male friends that they achieved during their time at university. Half also carried this behaviour into the friendships developed with other men since graduating from university. Thus, this research contributes to IMT as it offers preliminary analysis into the friendships of inclusive men, after their time at university.

2015 Central to debates about the construction of masculinity in sociology is the influence of culture and what constitutes acceptable displays of masculinity. This article adopts a novel approach in examining this question. It adopts a summative content analysis, combined with a semiotic analysis, of 1,100 Facebook photographs, in order to explore the underlying meanings within the photos and the performances of masculinity. Facebook photographs from 44, straight, White, male, early emerging adults attending the same university are used as a representation of an individual’s ideal self. These are then analyzed in order to determine the behaviors endorsed by peer culture. It was found that the sample overwhelmingly adopted inclusive behaviors (including homosocial tactility, dancing, and kissing each other), and inclusive masculinity theory was utilized to contextualize participants’ constructions of masculinity. Thus, this research shows that emerging adult males at this university construct their masculine identities away from previous orthodox archetypes. It is argued that the reducing importance of gendered behavior patterns may represent an adoption of what are perceived as wider cultural norms and act as a symbol of adulthood to these early emerging adults.