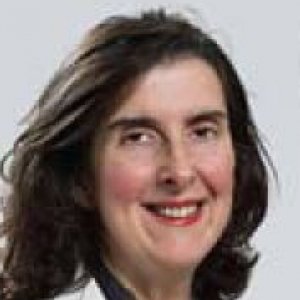 Dr. Karadeniz has been involved in medical and scientific programs in the field of diabetes for the past 25 years. 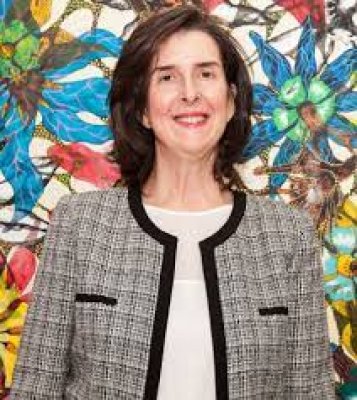 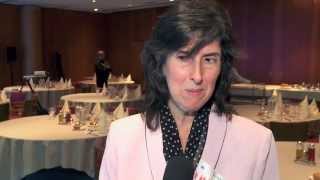 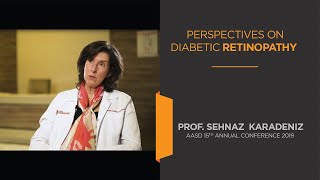 Dr. Karadeniz, an ophthalmologist, has been actively involved in a series of medical, scientific and social projects / programs both at national and international levels in the field of diabetes for the past 25 years.

She is a passionate advocate for diabetes, as diabetes-related human, social and economic burden is avoidable by primary / secondary / tertiary prevention. She believes in horizontal and vertical communication at all levels to align people’s and system (including decisionmakers) needs and / or expectations for effective planning of projects / programs / strategies, their implementation, and monitoring - be this at the local / regional / national / international level. Therefore she believes in the power of NGOs in serving the communities in an organized and coordinated way in order to contribute for a positive change.
All these guide her activities and commitments throughout the years at national and international levels.

She is the Founding Member, and Member of the Board of the Trustees of the Turkish Diabetes Foundation (TURKDIAB). Some of her ongoing commitments are:
-Coordinator for the international relations of the Foundation,
-Coordinator of the DIABLIVA project, an initiative that provides support for Turkish speaking people with diabetes living abroad,
-Member of the Executive Committee and Coordinator for International Relations for “Diabetes 2020: Vision and Targets for Turkey”, a nationwide project to contribute for the development of national diabetes plan and its monitoring,
-Member of the Coordinating Board of the Law Office of the Turkish Diabetes Foundation,
-Member of the Scientific Committee of the yearly published diabetes guideline by the National Diabetes Consensus Group.

Dr. Karadeniz joined the board of International Diabetes Federation European Region (IDF Europe) in 2007, and served as the Chair of IDF Europe from Dec 2015 to Dec 2019.

Currently, she is a Teaching Faculty at the Ophthalmology Dept. of Faculty of Medicine, Demiroglu Bilim University and also working as an ophthalmologist at the Ophthalmology Dept. of Istanbul Florence Nightingale Hospital. She also serves as the President of the Living with Diabetes Association, a nationwide patients’ organisation and as a Board Member of the Turkish Diabetes Foundation.

Prof Dr Sehnaz Karadeniz, IDF Europe Chair, commenting on the project, said: “IDF Europe is hugely excited to be participating in ISLET, which we believe has the potential to pave the way for a Type 1 Diabetes cure in the future. The funding allocated to this project will have a huge effect on our ability to effectively represent the voice of, and improve the lives of people living with diabetes and connect all relevant stakeholders to ensure that knowledge is shared as broadly and rapidly as possible for maximum impact.”

“There’s an urgent need to diagnose and treat patients in an early stage of the disease,” says Professor Sehnaz Karadeniz, M.D., ophthalmologist and Regional Chair of International Diabetes Federation European Region. Diabetic eye disease is currently one of the leading causes of preventable blindness in the working population worldwide. “Unfortunately, the number of people with diabetes globally is still growing exponentially. Knowing that many patients still remain undiagnosed, it’s very obvious that the problem is huge,” explains Prof. Karadeniz.

Diabetes and blindness in people with diabetes in Hungary

2018 The IDF European (EU) Region is a wonderful example of unity in diversity – different cultures, healthcare systems, different levels of resources. There are a multitude of unique experiences from country to country where we can learn from each other and adapt to our own culture where appropriate. However, the increasing numbers show that the EU is facing a diabetes pandemic similar to the rest of the world, despite the favourable outcomes of scientific studies to prevent diabetes and its burden.

Integrating Diabetes Evidence Into Practice: Challenges and Opportunities To Bridge The Gaps

2017 This report, “Integrating diabetes evidence into practice: challenges and opportunities to bridge the gaps”, identifies the local and European-wide challenges of implementing diabetes evidence into practice and makes recommendations based on the findings. Diabetes presents a significant health and economic burden across Europe, affecting 58 million people and costing 145 billion euros per annum. There is an urgent need to identify ways in which implementation of evidence can be improved.

Diabetic retinopathy: From evidence and promise to real life observations

2017 Diabetic retinopathy is one of the most feared complications of diabetes and one of the leading causes of preventable blindness in the working age population in developed countries.

Recommendations for Management of Diabetes During Ramadan

2015 Since the first ADA working group report on the recommendations for management of diabetes during Ramadan in 2005 and our update in 2010, we received many inquiries asking for regular updates on information regarding education, nutritional habits and new oral and injectable agents that may be useful for the management of patients with diabetes during Ramadan. Patients can be stratified into their risk of hypoglycemia and/or complications prior to the start of the fasting period of Ramadan. Those at high risk of hypoglycemia and with multiple diabetic complications should be advised against prolonged fasting. Even in the lower hypoglycemia risk group, adverse effects may still occur. In order to minimize adverse side effects during fasting in patients with diabetes and improve or maintain glucose control, education and discussion of glucose monitoring and treatment regimens should occur several weeks prior to Ramadan. Agents such as metformin, thiazolidinediones and dipeptidyl peptidase-4 inhibitors appear to be safe and do not need dose adjustment. Most sulfonylureas may not be used safely during Ramadan except with extreme caution; besides, older agents, such as chlorpropamide or glyburide, should not be used. Reduction of the dosage of sulfonylurea is needed depending on the degree of control prior to fasting. Misconceptions and local habits should be addressed and dealt with in any educational intervention and therapeutic planning with patients with diabetes. In this regard, efforts are still needed for controlled prospective studies in the field of efficacy and safety of the different interventions during the Ramadan Fast.