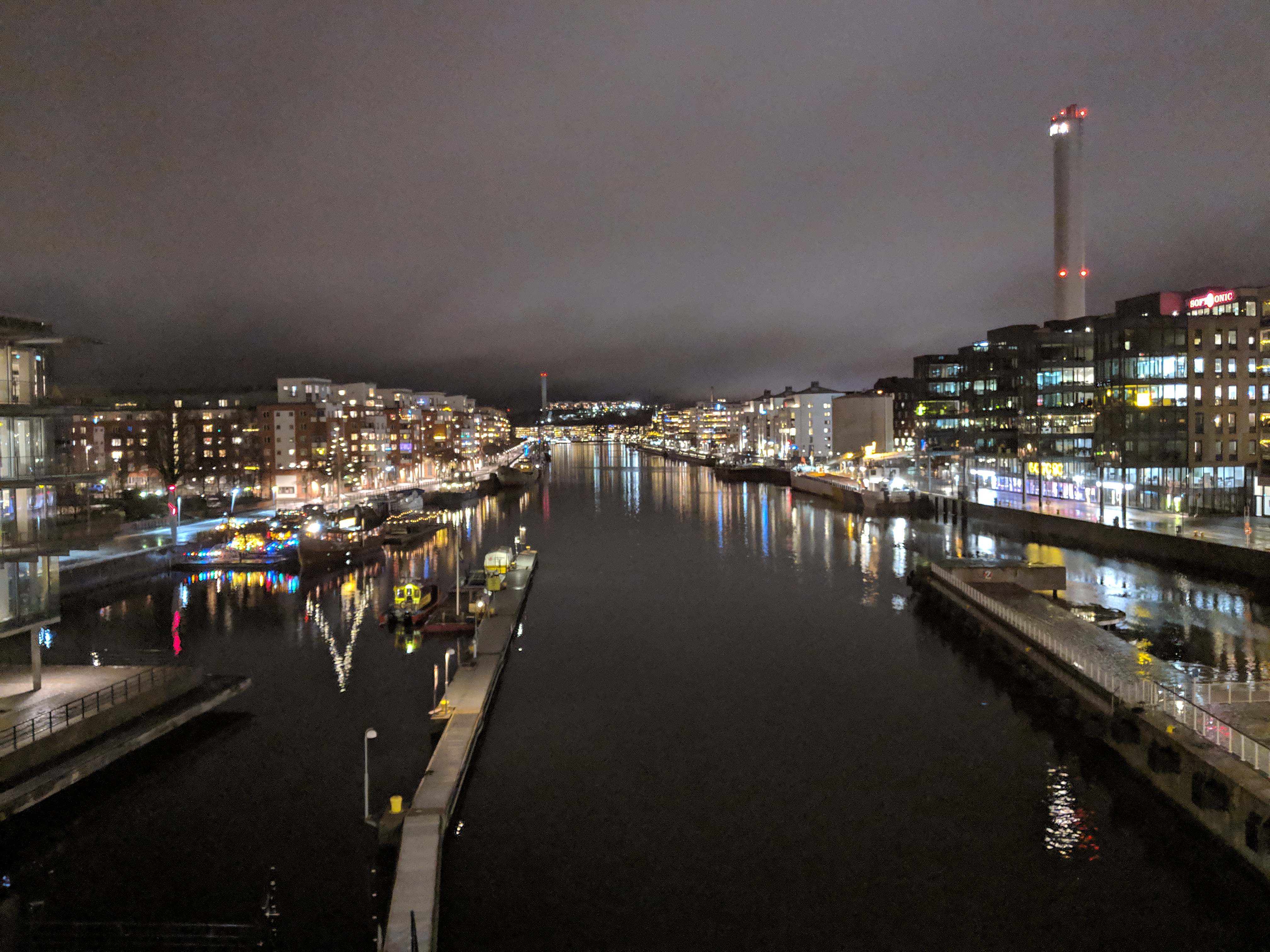 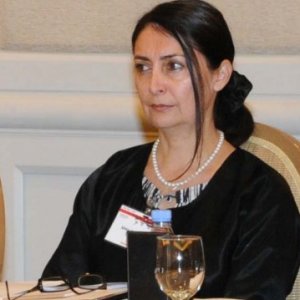 
Avid supporter of the scientific discoveries and advanced technologies that lead to great products and services. 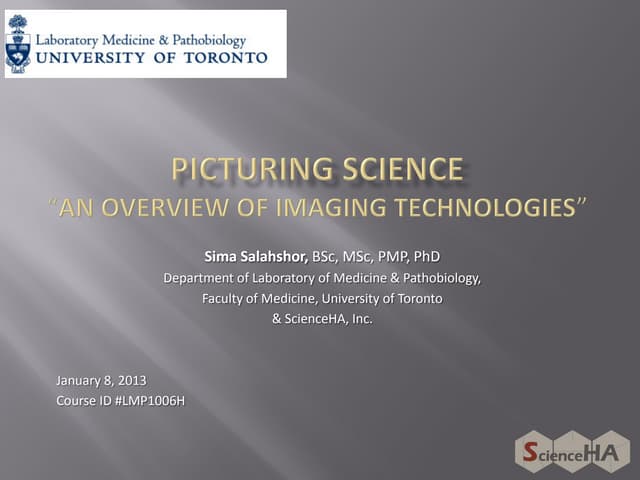 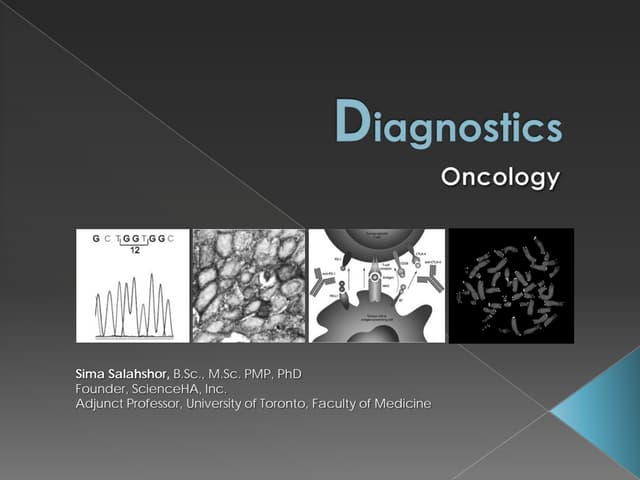 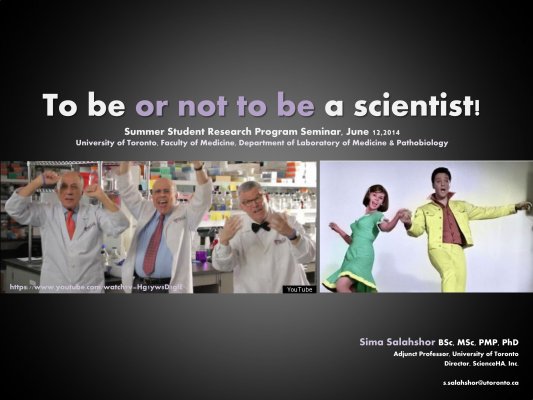 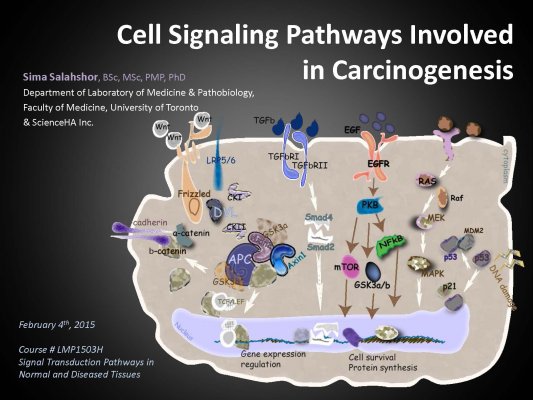 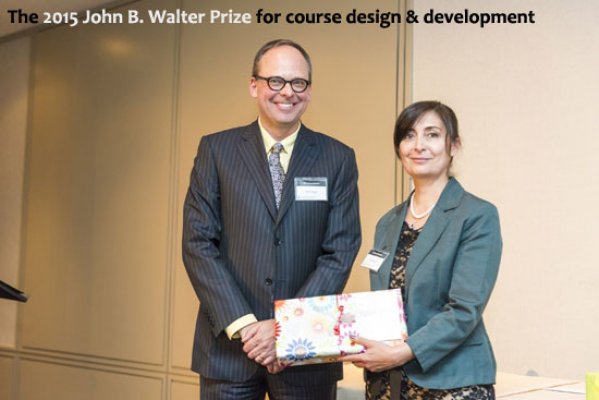 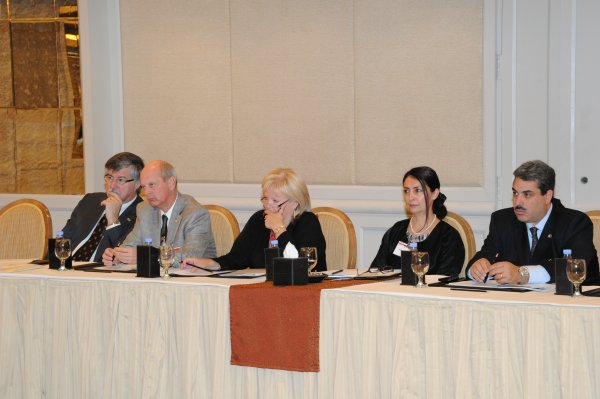 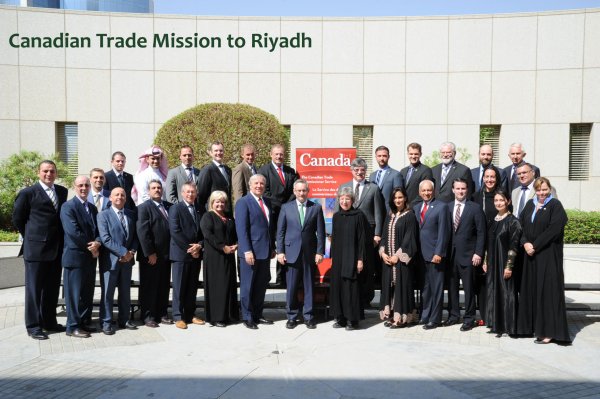 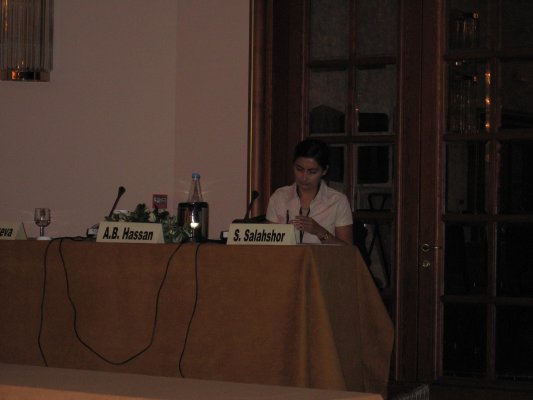 Dr. Sima Salahshor is the Founder of ScienceHA, Inc., a scientific advisory and project management firm with focus on life sciences and healthcare related projects and programs. She has worked extensively with early-stage as well as larger corporate companies, and has a background in genetics, diagnostics, commercialization, product evaluation and marketing, and industry partnership development. She has over 20 years experience in oncology and clinical research and has published numerous peer-reviewed articles in the areas of cancer research, biomarker discovery and development and diagnostics.


Dr. Salahshor holds a Bachelor degree in Clinical Chemistry, a Master in Molecular Biology and a PhD in Medical Genetics from Karolinska Institute, Sweden, and is a certified Project Management Professional (PMP) with the Project Management Institute (PMI). Currently, she is an adjunct professor at the University of Toronto, Faculty of Medicine, where she designs and coordinates new courses and teaches graduate level students. During her carrier, she has been active serving on a number of boards of director, advisory committees and mentorship programs.

Communication of science to the general public is increasingly recognized as one of the responsibilities of scientists and health care professionals. In this session, principles of genetic inheritance, cancer risk factors, diagnostic and prognostic test methodologies and some of the latest treatment options are reviewed. The goal is to communicate scientific information and developments in the field of cancer genetics to promote better understanding of challenges & opportunities in personalized medicine among both professionals and the general public.

To be or not to be a scientist!

Various career paths available to students in science degree programs are reviewed. We also discuss what skills and qualifications are required to succeed in a graduate or postgraduate program and ultimately thrive as a good scientist. This talk was originally prepared for the "Summer Student Research Program" at the Department of Laboratory of Medicine and Pathobiology, Faculty of Medicine, University of Toronto.

Cell signaling pathways in normal and cancer cells will be discussed. We also review recent advancement in cancer treatment, novel drugs and their mechanism of action. This lecture is part of a graduate course that is offered at the University of Toronto, Faculty of Medicine.

Why some people respond to a treatment while others don’t? What are the mechanisms of drug resistance? How genetic makeup or dynamic genetic changes in cells contribute to drug resistance? Why a person develops tolerance to a drug? How biomarkers can help predict drug response? These are some of the questions that will be discussed in this session.

This course explores the powerful intersection of Physics, Biological science, and Imaging technologies. Some of the lectures will be complemented by laboratory sessions demonstrating these systems. As a result, students will have the opportunity for hands-on experience with state-of-the-art optical, electronic, and digital imaging equipment guided by an experienced staff from the University, hospitals, research facilities, government agencies as well as the industry. This course will focus on the theory, application and implementation of different imaging techniques, and more importantly, on application of biological experimentation relevant to modern biological research or clinical biochemical studies and the common real-life research goal in the industry, hospitals and research laboratories.

Signalling Pathways in Cancer: Signal transduction mechanisms will be described and illustrated by defects in specific human disease states.

E-cadherin in solid pseudopapillary tumors of the pancreas. Human Pathology

Comment on: E-cadherin/catenin complex status in solid pseudopapillary tumor of the pancreas.

Esophageal squamous cell carcinoma is frequently associated with poor prognosis, as a result of high levels of lymph node metastasis. So far, very few genetic abnormalities have been associated with this disease, and its molecular etiology remains largely unknown.

Nuclear expression of E-cadherin in solid pseudopapillary tumors of the pancreas. Journal of the Pancreas

This study is the first demonstration of aberrant nuclear localization of E-cadherin protein in solid pseudopapillary tumors of the pancreas. Whilst the exact mechanism is not know and nuclear E-cadherin is not related to tumor aggression, this staining pattern may be of diagnostic value in concert with beta-catenin staining.

Abrogation of the Wnt-signaling pathway is implicated in the carcinogenesis of several malignancies, especially colorectal cancer where up to 90% of cases are thought to have impaired Wnt signaling. It is less frequently involved in conventional ductal pancreatic adenocarcinoma.

To elucidate the biological dysregulation underlying adenoma formation we examined global gene expression profiles of adenomas and corresponding normal mucosa from an FAP patient. Differential expression of the most significant gene identified in this study was further validated by mRNA in situ hybridization, reverse transcriptase PCR and Northern blotting in different sets of adenomas, tumours and cancer cell lines.

The links between axin and carcinogenesis Journal of Clinical Pathology

The products of the two mammalian Axin genes (Axin1 and its homologue Axin2) are essential for the degradation of beta catenin, a component of Wnt signalling that is frequently dysregulated in cancer cells.

Intraductal papillary mucinous neoplasm of the pancreas in a patient with attenuated familial adenomatous polyposis. Journal of Clinical Pathology

A 67 year old man with a clinical diagnosis of attenuated familial adenomatous polyposis (AFAP) and a past history of synchronous colon cancers in the transverse colon was also found to have an intraductal papillary mucinous neoplasm (IPMN) of the pancreas.

Mutations and diminished expression of the E-cadherin gene (CDH1) have been identified in a number of epithelial malignancies. Although somatic CDH1 mutations were detected in lobular breast cancer with a frequency ranging from 10-56%, CDH1 alterations in more frequent ductal tumors appear to be rare.

We previously reported that the alpha-1 chain of type 11 collagen (COL11A1), not normally expressed in the colon, was up-regulated in stromal fibroblasts in most sporadic colorectal carcinomas. Patients with germline mutations in the APC gene show, besides colonic polyposis, symptoms of stromal fibroblast involvement, which could be related to COL11A1 expression.

A germline E-cadherin mutation in a family with gastric and colon cancer. Journal of Molecular Medicine

Inactivating mutations have been found in the cell-cell adhesion molecule E-cadherin (CDH1), which acts as a tumor suppressor gene in different kinds of cancers, e.g. primarily diffuse gastric cancer and lobular breast cancer.

Endometrial cancer is the most commonly diagnosed cancer of the female reproductive tract in the United States and other western countries. Although several genes may be altered in these cancers, the molecular events in the development of endometrial carcinoma remain poorly defined.

In order to explore the possible role of E-cadherin in familial cancer, 19 familial breast cancer patients, whose tumours demonstrated loss of heterozygosity (LOH) at the E-cadherin locus, were screened for germline mutations.

Microsatellite instability in sporadic colorectal cancer is not an independent prognostic factor. British Journal of Cancer