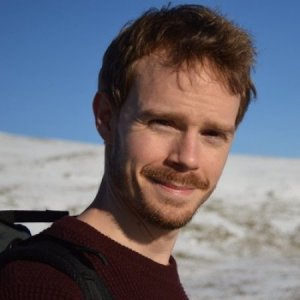 Examining the interplay between humans and forests

Dr Tommaso Jucker is a NERC Independent Research Fellow and Lecturer in the School of Biological Sciences, where he leads the Selva Lab. His research explores the processes that shape the structure, diversity and function of the world’s forests, with a view of predicting how these will respond to rapid environmental change and how this in turn will impact society. To tackle these questions, Dr Jucker and his team at Selva Lab use a range of approaches, including manipulative experiments, long-term field observations, and cutting-edge remote sensing and modelling.

Dr Jucker's core projects include exploring how logging and forest degradation associated with oil palm expansion impact the resilience of Borneo’s tropical forests to drought, investigating how forest dynamics shape the 3D structure of the world’s forest canopies, and mapping the distribution of old-growth woodlands in Australia’s iconic Great Western Woodlands to guide their conservation and restoration.

Dr Jucker has published over 50 papers in peer-reviewed journals, including ones in Science, Nature, PNAS, Ecology Letters and Global Change Biology. In 2020 he was awarded the British Ecological Society’s Founders’ Prize which commemorates the enthusiasm and vision of the Society's founders and is awarded each year to an outstanding early-career ecologist who is starting to make a significant contribution to their field. His research is currently funded by NERC, The Royal Society and The Leverhulme Trust. 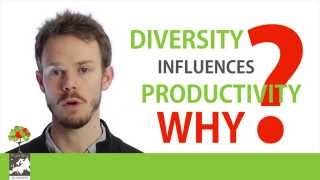 Inside the Weird Little World of Microclimates

Tommaso Jucker is an environmental scientist at the University of Bristol. In an email, Jucker says he'd define the term microclimate as "the suite of climatic conditions (temperature, rainfall, humidity, solar radiation) measured in localized areas, typically near the ground and at spatial scales that are directly relevant to ecological processes."

2020 Long‐term grassland biodiversity experiments have shown that diversity effects on productivity tend to strengthen through time, as complementarity among coexisting species increases. But it remains less clear whether this pattern also holds for other ecosystems such as forests, and if so why.

2020 Invasive alien plants pose a growing threat to native biodiversity and are a burden to local livelihoods through their impacts on cultural values, agriculture, farming and tourism. A prime example of this is stinking passionflower (Passiflora foetida), a herbaceous vine that has invaded across the global tropics, including vast tracts of remote northern Australia.

2020 The Asian house gecko (Hemidactylus frenatus) shows the largest non-native distribution of any gekkonid and has been introduced to numerous oceanic islands around the world. Since 1990, it has been naturalised at Ashmore Reef, a small group of islands, cays and reef flats in the Timor Sea within the maritime borders of Australia.

2020 Logging, pervasive across the lowland tropics, affects millions of hectares of forest, yet its influence on nutrient cycling remains poorly understood. One hypothesis is that logging influences phosphorus (P) cycling, because this scarce nutrient is removed in extracted timber and eroded soil, leading to shifts in ecosystem functioning and community composition.