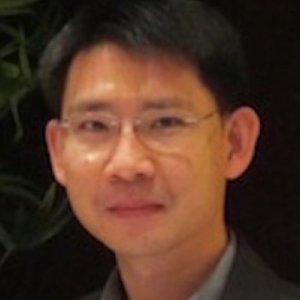 Dr Tam Yat-hung obtained his medical degree at the Chinese University of Hong Kong, and his master degrees in public health at HKU and in infectious diseases at the London School of Hygiene and Tropical Medicine. He is fellows of the Hong Kong Academy of Medicine in the specialty of community medicine and of the Faculty of Public Health of the Royal Colleges of Physicians of UK. Before joining the School of Public Health, he worked in different services of the Centre for Health Protection and the Primary Care Office of the Department of Health, the Government of the HKSAR. His practice mainly focused on communicable disease surveillance, epidemiological investigation of disease outbreak and implementation of control and preventive measures, with special interest in field epidemiology. He is currently involved in the public health education for undergraduate and postgraduate students and training of public health specialists. His main research interests include vaccine immunogenicity, efficacy and effectiveness; vaccination strategies; infectious disease surveillance and epidemiology.

2016 Patient blood management was developed to reduce allogeneic blood exposure and enhance patient outcomes. If transfusion is required in stable and non-bleeding hospitalized patients, prescribing one unit of red blood cells (RBC) followed by reassessment of clinical condition is recommended. Double-unit RBC transfusion, the routine practice in the past, is still widely practiced despite the advocate of restrictive transfusion strategy. One of the reasons could be a lack of evidence to support the optimal number of RBC units per transfusion. Blood transfusion is often performed to alleviate anemic symptoms. However, patient-reported outcomes were seldom measured to evaluate transfusion requirements.

Increases in absenteeism among health care workers in Hong Kong during influenza epidemics, 2004–2009

2015 Acute respiratory infections (ARI) are a major cause of sickness absenteeism among health care workers (HCWs) and contribute significantly to overall productivity loss particularly during influenza epidemics. The purpose of this study is to quantify the increases in absenteeism during epidemics including the 2009 influenza A(H1N1)pdm09 pandemic.

2015 Foodborne outbreaks caused by a mixed infection of Vibrio parahaemolyticus and norovirus have rarely been described. We reported a mixed outbreak of Vibrio parahaemolyticus and norovirus causing acute gastroenteritis in 99 staff members of a company in Guangdong, China, in May 2013, following consumption of roasted duck, an uncommon non-seafood vehicle for such mixed infection, in one meal served in the company's catering service. Epidemiological and laboratory findings indicated that a single asymptomatic food handler was the source of both pathogens, and the high rate of infection of both pathogens was exacerbated by the setting’s suboptimal food hygiene practice.