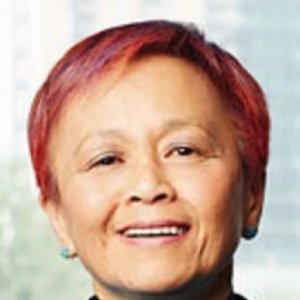 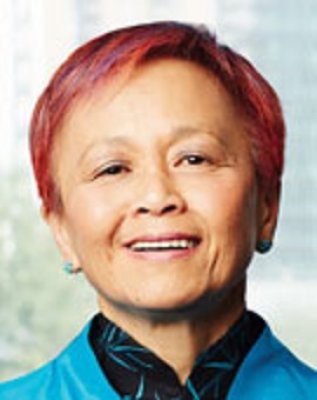 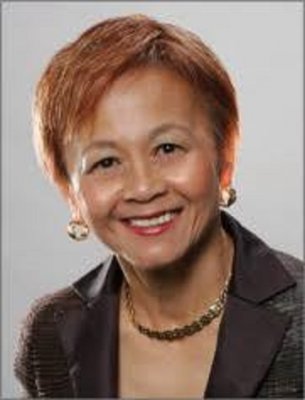 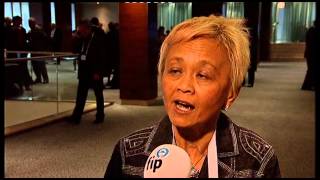 Durhane Wong-Rieger has served on numerous health policy advisory committees and panels and is a member of the Advisory Board for the Canadian Institutes of Health Research Institute of Genetics and the Patient Liaison Forum for the Canadian Drugs and Technologies in Health. Durhane is immediate Past-Chair of the International Alliance of Patient Organizations, and Board Member representing patient interests at DIA International Association. She has a PhD in psychology from McGill University.

"[The CDR] also really disregards the fact that this is the only therapy available for a patient population that has a very debilitating condition, and without any other kinds of treatment available," said Durhane Wong-Rieger, president of the Canadian Organization for Rare Disorders...

Durhane Wong-Rieger, the president and chief executive officer of the Canadian Organization for Rare Disorders, agreed, saying that a slow and patient-centred approach would help to get the most out of biosimilars. Certain patients will be more open to trying other treatments than others, depending on the disease they suffer from, as well as individual differences, she explained. And there are risks if cost becomes the only factor driving the use of biosimilars, according to Wong-Rieger ...

Durhane Wong-Rieger, president and CEO of the Canadian Organization for Rare Disorders, said the decision “certainly seems to be the kiss of death” for the orphan drug framework ...

2013 Considerable variety in how patients respond to treatments, driven by differences in their geno- and/ or phenotypes, calls for a more tailored approach. This is already happening, and will accelerate with developments in personalized medicine. However, its promise has not always translated into improvements in patient care due to the complexities involved. There are also concerns that advice for tests has been reversed, current tests can be costly, there is fragmentation of funding of care, and companies may seek high prices for new targeted drugs. There is a need to integrate current knowledge from a payer’s perspective to provide future guidance. Multiple findings including general considerations; influence of pharmacogenomics on response and toxicity of drug therapies; value of biomarker tests; limitations and costs of tests; and potentially high acquisition costs of new targeted therapies help to give guidance on potential ways forward for all stakeholder groups. Overall, personalized medicine has the potential to revolutionize care. However, current challenges and concerns need to be addressed to enhance its uptake and funding to benefit patients.

2013 To explore parental perceptions and experiences regarding the return of genomic incidental research findings in children with rare diseases.

Comparative Acculturation of Southeast Asian and Hispanic Immigrants and Sojourners

1987 The research compared the acculturation of two ethnic groups residing in Oklahoma as a function of their cultural background, permanent status, and other pre-and postmigratory factors. Four groups, Southeast Asian refugees, Hispanic immigrants, Southeast Asian sojourners, and Hispanic sojourners were administered the Multicultural Acculturation Scale. The Hispanic immigrants tended to be more assimilated than the Southeast Asian immigrants, who tended to maintain a strong ethnic orientation. Both Hispanic and Southeast Asian sojourners were biculturally oriented. All groups were more assimilated in their work and place of residence than in their friendships, daily activities, and self-identification. Ethnic networks seemed to play an important role in reducing assimilation. Hispanic sojourners seemed to be most satisfactorily adapted, and Southeast Asian immigrants, least so. For all groups, biculturalism appeared to be the most satisfactory form of acculturation, followed by assimilation and then separation.

Testing a model of emotional and coping responses to problems in adaptation: Foreign students at a Canadian university

1984 The purpose of this research was to develop and test a model of cross-cultural adaptation which proposes that adaptation to movement across cultures involves three processes: learning new social norms, matching behavior to these norms, and matching one's self-concept to the newly acquired behaviors and social norms. According to this model, adaptation problems arise when the foreigner fails in one or more of these processes so as to create various types of mismatches between the components of norms, behavior, and self-concept. Each type of mismatch was hypothesized to lead to a particular affective response and to be most effectively resolved by unique coping strategies which would restore balance among these three components. Successful adaptation, then, occurs when the foreigner uses the coping strategy which is appropriate to the type of mismatch problem encountered in the acculturation situation.

1981 This study addressed the fundamental paradox of how an individual achieves a unitary self-identity despite membership in many different groups. The investigation of this issue was conceptualized in the form of three strategies for resolution, and samples of Anglophone and Francophone adults were compared. In Part I, subjects' perceptions of their relationships with various groups were measured to determine which groups contribute to self-identity. In Part II, the interrelatedness of the groups was measured in two ways, in terms of commonality in members and in terms of commonality in values; these were analyzed by means of multidimensional scaling analyses. The results showed that subjects belonged to a fairly large number of significant groups and that the most important were personal groups rather than broad social categories. Francophone and Anglophone subjects differed in three respects: Francophones placed greater emphasis on their cultural group; their personal groups had highly similar values orientations relative to the Anglophones'; and the Francophones' own values were group-oriented and similar to those of all their groups, whereas Anglophones' own values were individualistic and less similar to their groups' values.