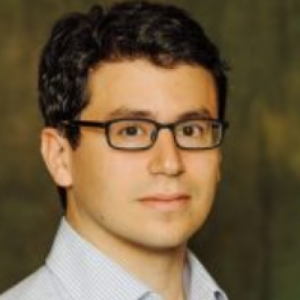 Dustin Sebell studies and teaches the history of political philosophy, especially classical political philosophy. Previously, he was Postdoctoral Fellow in the Department of Government at Harvard University. His first book, The Socratic Turn: Knowledge of Good and Evil in an Age of Science, was published in 2016 by the University of Pennsylvania Press, and won the Delba Winthrop Award for Excellence in Political Science. His writing on Aristotle has appeared in the American Journal of Political Science.

The Problem of Political Science: Political Relevance and Scientific Rigor in Aristotle's “Philosophy of Human Affairs”

2016 Treatments of Aristotle's moral‐political science have largely disregarded the methodological statements that he delivers as he embarks on his “philosophy of human affairs” in book I of the Nicomachean Ethics. A consideration of these statements, however, lends critical support to the view that Aristotle sought to give the sharpest possible expression to ordinary moral‐political opinion. Moreover, apart from revealing the by‐no‐means ordinary reasons that induced Aristotle to do so (and to do so in contrast to Plato), such a consideration sheds light on the source of the vagueness or ambiguity that defines moral‐political opinion as such...

The Socratic Turn: Knowledge of Good and Evil in an Age of Science

2016 The Socratic Turn addresses the question of whether we can acquire genuine knowledge of good and evil, right and wrong. Reputedly, Socrates was the first philosopher to make the attempt. But Socrates was a materialistic natural scientist in his youth, and it was only much later in life—after he had rejected materialistic natural science—that he finally turned, around the age of forty, to the examination of ordinary moral and political opinions, or to moral-political philosophy so understood...