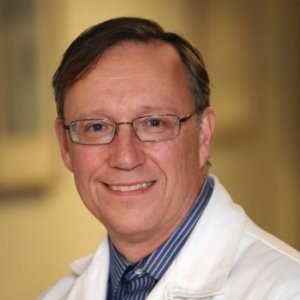 Dr. Edward Ewen is Director of Clinical Data and Analytics for ChristianaCare. He leads his organization’s enterprise information management program and is responsible for coordinating and setting strategy for its data warehousing, data governance, and business analytics activities. He has over 25 years’ experience in health care data warehousing and analytics. He is board certified in both Clinical Informatics and Internal Medicine with over 30 years of clinical practice in both primary care and hospitalist medicine.

2020 Objectives: The objective was to evaluate the use of a payer-based electronic health record (P-EHR), which is a clinical summary of a patient's medical and pharmacy claims history, in an emergency department (ED) on length of stay (LOS) and plan payments. Methods: A large urban ED partnered with the dominant health plan in the region and implemented P-EHR technology in September 2005 for widespread use for health plan members presenting to the ED. A retrospective observational study design was used to evaluate this previously implemented P-EHR. Health plan and electronic hospital data were used to identify 2,288 ED encounters. Encounters with P-EHR use (n = 779) were identified between September 1, 2005, and February 17, 2006; encounters from the same health plan (n = 1,509) between November 1, 2004, and March 31, 2005, were compared. Outcomes were ED LOS and plan payment for the ED encounter. Analyses evaluated the effect of using the P-EHR in the ED setting on study outcomes using multivariate regressions and the nonparametric bootstrap.

2015 Objectives: Little is known about the contribution of telephone-based prescribing on overall antibiotic utilization. The objective of this study was to determine the extent and characteristics of telephone-based antibiotic prescribing in teaching and non-teaching primary care practices. Methods: This retrospective cohort study included all patients (n = 114 610) cared for by teaching and non-teaching internal medicine, pediatrics, family practice, and obstetrics/gynecology practices (n = 19) affiliated with a large US healthcare system during 2006-2010 and using a common electronic medical record. Rates and types of antibiotics prescribed by teaching and non-teaching practices via telephone contact and office visit were compared among the overall cohort. All telephone-related prescriptions during 2008 underwent chart review to determine indications for antibiotic prescribing.

Using the AUDIT-PC to predict alcohol withdrawal in hospitalized patients

Journal of the American College of Cardiology