Record-setting astronaut, corporate leader and dynamic speaker that features leadership strengths and adventures of our drive into space 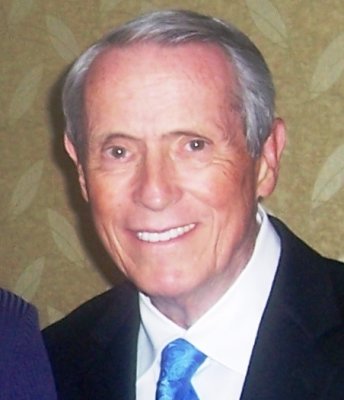 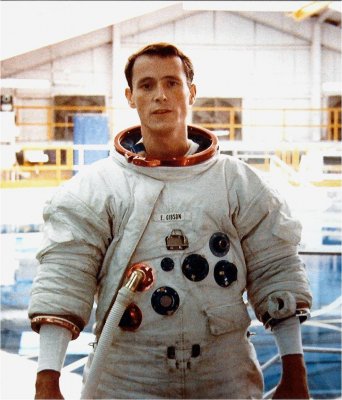 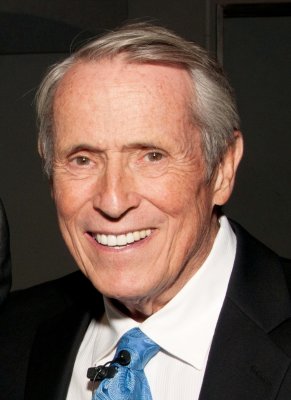 Whether addressing 80,000 cheering football fans during a San Francisco 49ers' halftime show, delivering a speech to a standing room only audience of 3,000 in Rochester, NY's Eastman Theater, leading a discussion with 1,100 members of the Explorers Club in New York City or motivating 2,500 University of Texas Medical College graduates during a commencement address, Ed has enthralled hundreds of diverse audiences.

For 21 years, Ed held the American record for time in space of 84 days set while aboard America’s first space station, Skylab. During that 1974 mission, he worked outside the space station for more than 15 hours during three different space walks.

During his 14-year career with NASA, Ed served on the support crew of the Apollo 12 mission and was the ground communicator with the flight crew as they explored the moon. He earned Air Force wings and logged over 2,200 hours in high-performance aircraft and 100 hours in helicopters.

Ed earned his bachelor’s degree in engineering from the University of Rochester and a master’s degree and doctorate in Engineering and Physics from the California Institute of Technology. After one year in industry, he was selected as one of six members of the first group of Scientist-Astronauts, edging out 2,000 other applicants.

After his NASA career, Ed excelled in program management and marketing with Booz, Allen, and Hamilton and TRW. He later served as the president of the Oregon Museum of Science and Industry and his own consulting company, Gibson International. He is recently retired as Senior Vice President and Contract Manager with Science Applications International Corporation.

The Heart of Leadership

Selected as one of six of NASA's first Scientist Astronauts from a field of 2000 applicants. Held the American Record for time in space of 84 days that lasted 21 years. Managed large technical programs and facilities. Accomplished public speaker in areas of motivation, leadership and human spaceflight.

California Institute of Technology: MS and , Engineering and Physics 1964

When John F. Kennedy declared, "I believe we should go to the moon before this decade is out," thousands of American workers attacked this seemingly insurmountable task. As was true when President Kennedy issued this challenge, current managers have acceptable levels of administrative ability but the qualities that distinguish true leaders are much less common. Ed weaves absorbing descriptions of space flight with identification of leadership qualities of the early pioneers who set the stage and spearheaded rocketry development, JFK who inspired a nation, an astronaut manager who demanded an altruistic mission focus and dynamic heroes who impelled success from engineering development and mission control. He shows how these leaders, driven by vision and courage, earned respect and trust yet tempered their strong drives with an empathy that added a touch of humanity to their greatness. The great leaders of tomorrow are developing these qualities today. They can be taught!

The Heart of Leadership

When John F. Kennedy declared, "I believe we should go to the moon before this decade is out," thousands of American workers attacked this seemingly insurmountable task. As was true when President Kennedy issued this challenge, current managers have acceptable levels of administrative ability but the qualities that distinguish true leaders are much less common. Ed weaves absorbing accounts of space flight with identification of leadership qualities of early pioneers who set the stage and spearhe

The Adventure of Spaceflight

Just as explorers, and later settlers, sailed the seas and spread across our continent, humans now leave our planet and venture into space. From liftoff and space walks to re-entry into Earth's atmosphere, Ed's audiences become entranced by a world that only a handful of humans have experienced. Gliding over Earth at a serene five miles per second, living months without gravity, and watching Earth's features become as familiar as the face of an old friend were commonplace experiences.

It Doesn't Take a Rocket Scientist to be a Great Leader

Humankind's most ambitious and exciting venture - human flight to the moon - succeeded beyond all expectations. Adherence to the basic principles of good management guided by great leaders and common sense led the way. As Ed describes the triumphs of America's lunar program, he identifies seven basic principles of good management that led to success - principles that apply to any endeavor, public, private, or non-profit.