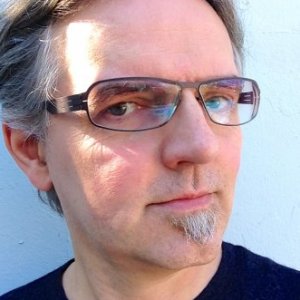 Born in Germany, Edgar Rothermich studied music and sound engineering at the prestigious Tonmeister program at the Berlin Institute of Technology (TU) and the University of Arts (UdK) in Berlin where he earned a Master’s Degree. He worked as a composer and music producer in Berlin, and moved to Los Angeles in 1991 where he continued his work on numerous projects in the music and film industry (“The Celestine Prophecy,” “Outer Limits,” “Babylon 5,” “What the Bleep Do We Know,” “Fuel,” “Big Money Rustlas”).

For over 20 years, Rothermich has had a successful musical partnership with the electronic music pioneer Christopher Franke, founding member of the band Tangerine Dream. Rothermich has also collaborated with other artists and produced solo work.

In 2010 he began to release his solo records in the “Why Not ...” series with different styles and genres. Current releases include “Why Not Solo Piano,” ”Why Not Electronica,” “Why Not Electronica Again,” and “Why Not 90s Electronica.” This previously unreleased album was produced in 1991-92 by Christopher Franke. All albums are available on Amazon and iTunes, including the 2012 release, the re-recording of the “Blade Runner” Soundtrack.

In addition to composing music, Rothermich also writes technical manuals that employ rich graphics and diagrams to explain concepts and functionality of software applications under his popular GEM series (Graphically Enhanced Manuals). His best-selling titles are available in print on Amazon, as multi-touch eBooks on Apple's iBooks store, and as PDF downloads from his website.

University of the Arts in Berlin/Germany: Tonmeister (Master's Degree), Music and Sound Engineering 1989