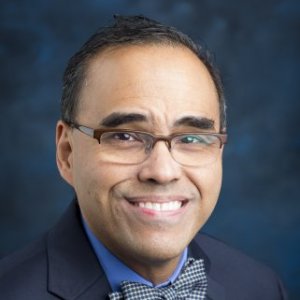 Edmundo Litton is a Professor of Urban Education at Loyola Marymount University. Since August 2020 he has served as chair of the department of teaching and learning at the School of Education.

Georgetown University: MAT., Teaching English to Speakers of Other Languages

This essay presents the stories of gay and lesbian Catholic elementary school teachers. Through interviews and dialogues, these teachers shared their fears, hopes, and the strategies they used in order to survive in the context of the Catholic elementary school. Results indicated that the teachers had come to accept the oppression, and they were working with the system, as opposed to against the system, to create a more inclusive school environment that truly echoed the gospel message of loving one another. Participants acknowledged that they continually experienced a conflict between their religion and their sexual identity. They did not feel safe to come out to their students, though they acknowledged there would be some benefits in doing so. They believed that they had to work harder than their heterosexual colleagues so it would be more difficult for the administration to dismiss them.

The Promise of Catholic Schools for Educating the Future of Los Angeles.

Journal of Inquiry and Practice

This study examined the impact of Catholic education on elementary and secondary students in Los Angeles. The study focused on the continuation and graduation rates of ethnic minority students who received special funding from the Catholic Education Foundation (CEF). Using qualitative and quantitative measures, the study revealed that students from ethnic minority and low-income communities enrolled in Catholic schools are graduating from secondary schools at a higher rate than their peers who are enrolled in public schools. Furthermore, survey data was collected from principals and parents of these students enrolled in Catholic schools. The study shows that a Catholic education has a major impact on the lives of these students, their parents, and their communities. (Contains 5 tables.)