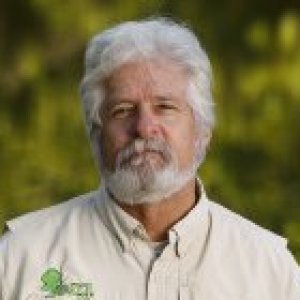 
Edwin Everham is an expert in ecological modeling and restoration ecology. 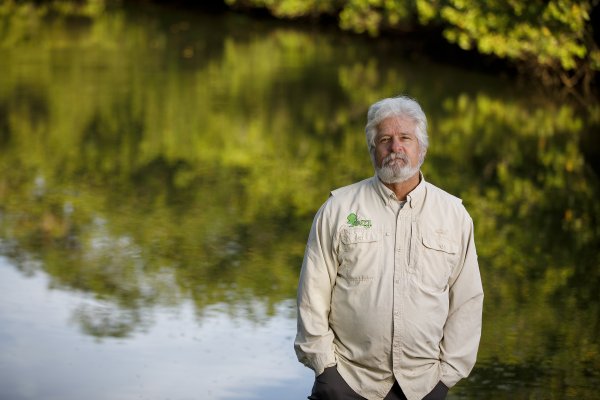 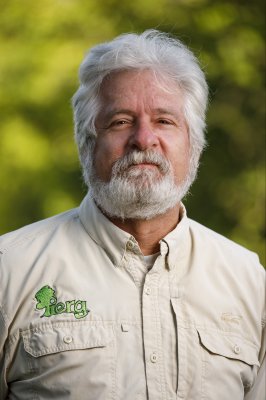 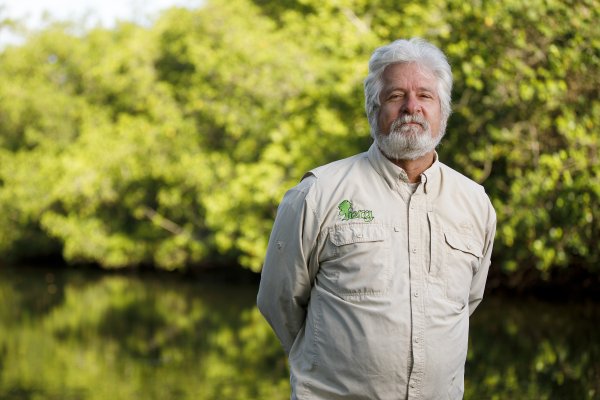 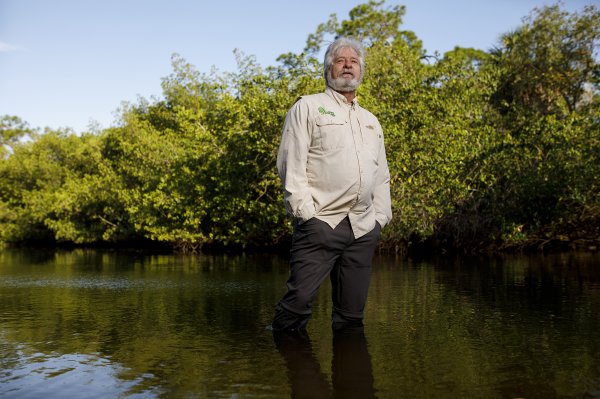 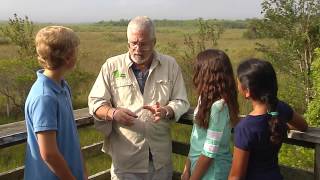 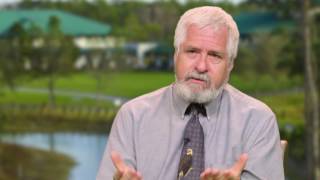 Edwin "Win" Everham researches how ecosystems respond to disturbance events. These events include natural events like hurricanes, and ones caused by humans such as climate change and the introduction of invasive species. His work focuses on Southwest Florida, but encompasses a broad range of ecosystems.

He is currently exploring patterns of anuran communities through time in Southwest Florida as indicators of environmental change, monitoring interactions of the invasive Burmese python with the native eastern indigo snake, tracking the vectors of change in Lake Trafford following restoration dredging, analyzing the impact of mosquito control on non-target organisms, continuing work on the restoration of submerged aquatic vegetation in the Caloosahatchee River, and tracking long-term growth in multiple forest plots including mangroves in the region toward quantifying carbon dynamics.

Frog calls tell researchers about the health of wetlands

Can an entire town run on solar?

Win Everham shows NBC2 through a melaleuca forest on the university campus.

Win Everham describes his study of sabal palms during Hurricane Charley in 2004.

Win Everham appears in a documentary about the history of the Estero Bay Aquatic Reserve.

Factors affecting the restoration of (Vallisneria americana) in the Caloosahatchee River

The impact of Hurricane Hugo on the Luquillo Experimental Forest

Everham's research focuses on examining the impacts of disturbance, including exotic invasions and anthropogenic activities, on the structure of ecosystems, measuring and monitoring change in and restoration of these ecosystems. He is interested in the technological interface between simulation modeling and geographical information systems and their applications toward understanding the impact of and recovery from disturbance and land use changes. Most recently his research includes exploring effective communication of environmental issues and solutions to a larger audience.

Bioavailability and sources of nutrients

2018 There is an increasing need for effective biomonitoring tools that quantify patterns of habitat occupancy by reptile species. Environmental DNA (eDNA) has been regarded as an emerging tool to detect specific target species; however, the dynamics of accumulation and degradation of eDNA in terrestrial environments are poorly understood. This study determines the time required for terrestrial snakes to leave enough eDNA behind to become detectable (accumulation time) as well as its persistence (degradation time). By targeting mitochondrial cytochrome oxidase subunit I and 12S rRNA genes of Red Cornsnakes (Pantherophis guttatus) in a controlled laboratory setting, we found that eDNA can be detected 3.5 h after the snakes had contact with soil and for up to 6 d after their removal. Estimated accumulation rate of Pantherophis guttatus eDNA per gram of snake biomass per hour was 12.6 μg. We also evaluated the applicability of eDNA detection under field conditions by targeting the mitochondrial cytochrome b gene of a cryptic invasive species in South Florida, Burmese Pythons (Python bivittatus). Soil samples were derived from two groups of field sites: telemetry-monitored refugia (i.e., radiotelemetry evidence of python presence) and telemetry-absent refugia (i.e., no telemetry evidence, but monitored with a burrow camera at time of sample collection). We were able to detect the presence of python eDNA in 66.7% of the telemetry-monitored sites that fit within our laboratory-defined residence and degradation time window. Additionally, at the telemetry-absent sites, no eDNA from Burmese Pythons was detected and burrow cameras did not detect their presence. We concluded that eDNA technology using soil can be an effective detection tool for terrestrial snakes, particularly when used with other traditional tracking and sampling methods.

2013 The Southwest Florida Frog Monitoring Network was established in 2000 to collect long-term data on frog communities of the region. Routes of 10-12 stops were monitored monthly during the rainy season (June–September). Data on all frog calls during a three minute period were recorded using a three-level intensity code. We report results from the first ten years of monitoring to examine broad trends in the frog populations of southwest Florida. We explored the abundance of all frog species, as reflected by calling intensity, to elucidate potential factors that may influence long-term changes in frog populations and communities. These factors may include: natural variations of frog populations, disappearing and altered habitats through local and global human actions, landscape context, and the impacts of invasive species. At a regional scale, it appears that most frog species are maintaining natural variations in calling levels among years, suggesting that frogs are responding to annual variation and not regional or global changes. Use of behavioral indicators, such as calling intensity of frogs, may provide understanding of the environmental implications of altered hydroperiods and other landscape perturbations in our watershed and possibly some positive responses to restoration efforts.

2002 Interdisciplinary teaching, research experience, and active, collaborative strategies have all been identified as practices highly favorable to the learning process. By using the university campus as the focus for the study of the entire watershed within which it is situated, the Campus Ecosystem Model presents a context for incorporating these pedagogical elements into a useful framework for undergraduate science education.

Hurricanes, crown fires, and volcanoes: a comparison among large-scale disturbances

1997 T he importance of natural disturbances in shaping landscapes and influencing ecosystems is now well recognized in ecology (e.g., Pickett and White 1985, Turner 1987, White 1979). Disturbance can be defined generally as any relatively discrete event in time that disrupts ecosystem, community, or population structure and changes resource or substrate availability or the physical environment (White and Pickett 1985). In recent years, ecologists have learned a great deal about the dynamics and effects of relatively small, frequent disturbances.

1996 The literature on the effects of catastrophic wind disturbance (windstorms, gales, cyclones, hurricanes, tornadoes) on forest vegetation is reviewed to examine factors controlling the severity of damage and the dynamics of recovery. Wind damage has been quantified in a variety of ways that lead to differing conclusions regarding severity of disturbance. Measuring damage as structural loss (percent stems damaged) and as compositional loss (percent stems dead) is suggested as a standard for quantifying severity. Catastrophic wind produces a range of gaps from the size caused by individual treefalls to much larger areas. The spatial pattern of damage is influenced by both biotic and abiotic factors. Biotic factors that influence severity of damage include stem size, species, stand conditions (canopy structure, density), and the presence of pathogens. Abiotic factors that influence severity of damage include the intensity of the wind, previous disturbance, topography, and soil characteristics. Recovery from catastrophic wind disturbance follows one of four paths: regrowth, recruitment, release, or repression. The path of recovery for a given site is controlled both by the severity of disturbance and by environmental gradients of resources. Recovery is influenced also by frequency of wind disturbance, which varies across geographical regions. To develop robust theories regarding catastrophic wind disturbance, the relative roles of different abiotic and biotic factors in controlling the patterns of severity of damage must be determined. These patterns of severity and environmental gradients must then be tied to long-term dynamics of recovery.