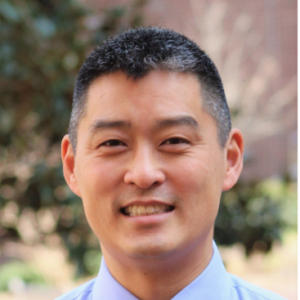 
Dr. Kim is a clinical professor with a special interest in food allergy and the use of immunotherapy in the treatment of food allergy. 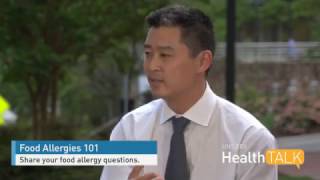 Dr. Edwin Kim is specifically interested in the use of immunotherapy in the treatment of food allergy. Multiple studies have demonstrated successful desensitization using oral immunotherapy (OIT) and his research on sublingual immunotherapy (SLIT) for peanut allergy has demonstrated potential for this modality as well. Most recently, epicutaneous immunotherapy (EPIT) has emerged as a viable modality as well. As part of the UNC Food Allergy initiative, his research group is focused on multiple aspects of food immunotherapy including the safety and tolerability of immunotherapy, varying levels of clinical desensitization, lasting benefits of treatment termed sustained unresponsiveness, and importantly the immune mechanisms involved in successful treatment. Through his work at UNC, as well as through collaborations with the Consortium of Food Allergy Research (CoFAR), the Immune Tolerance Network (ITN), and Food Allergy Research and Education (FARE), he hopes that an effective treatment can be found soon.

Abstract Background: Mechanisms underlying oral immunotherapy (OIT) are unclear and the effects on immune cells at varying maintenance doses are unknown. Objective: We aimed to determine the immunologic changes caused by peanut OIT in preschool aged children and determine the effect on these immune responses in groups ingesting low or high dose peanut OIT (300 mg or 3000 mg, respectively) as maintenance therapy. Methods: Blood was drawn at several time points throughout the OIT protocol and PBMCs isolated and cultured with peanut antigens. Secreted cytokines were quantified via multiplex assay, whereas Treg and peanut-responsive CD4 T cells were studied with flow cytometry. Basophil activation assays were also conducted. Results: Th2-, Th1-, Th9-, and Tr1-type cytokines decreased over the course of OIT in groups on high and low dose OIT. There were no significant differences detected in cytokine changes between the high and low dose groups. The initial increase in both the number of peanut-responsive CD4 T cells and the number of Tregs was transient and no significant differences were found between groups. Basophil activation following peanut stimulation was decreased over the course of OIT and associated with increased peanut-IgG4/IgE ratios. No differences were found between high and low dose groups in basophil activation at the time of desensitization or sustained unresponsiveness oral food challenges. Conclusions and clinical relevance: Peanut OIT leads to decreases in pro-allergic cytokines, including IL-5, IL-13, and IL-9, and decreased basophil activation. No differences in T cell or basophil responses were found between subjects on low or high dose maintenance OIT, which has implications for clinical dosing strategies. This article is protected by copyright. All rights reserved.

Clinical Problem: Peanut Allergy The prevalence of peanut allergy has steadily increased during the past 10 years, especially in children. A 2009 to 2010 survey of more than 40,000 children (aged 0–17 years) in the United States found that peanut allergy was the most common food allergy, affecting 2% (1.5 million) of children nationwide.1 Data from a 2014 meta-analysis of 29 studies from multiple European countries using various reporting methods estimated the occurrence of peanut allergy to be 0.3% (by positive food challenge result) to 4.1% (by peanut specific IgE positivity) in children aged 2 to 5 years and 0.4% (by self-reporting) to 9.8% (by peanut specific IgE positivity) in children aged 6 to 17 years.2 The burden of peanut allergy has a significant effect on the daily lives of patients, parents, and other caregivers. Allergic reactions to peanut vary and are unpredictable, ranging from skin manifestations to life-threatening systemic reactions.3 In certain regional and national data, peanut allergy has been reported to be a leading attributed cause of food allergy–related emergency department visits and cases of anaphylaxis in children4; it is also a common cause of fatal food allergic reactions in assembled reports of known fatalities.5 As a consequence of their allergies, patients, their families, and other caregivers can experience psychosocial issues and anxiety, including the fear of ingesting even trace amounts of peanut. The variability of allergic reactions and uncertainty regarding the risk of future reactions are major contributors to patient and caregiver fear.6 The unpredictable nature of reactions is noted in a Canadian study of 252 children 4 years or older who were diagnosed with peanut allergy and observed for 244 patient-years. During that time, the annual incidence of unintentional peanut exposure was 14.3%, and the severity of the initial reactions did not predict the severity of reactions to subsequent unintentional exposures.7

Publication Preview Impact of Microwaving on the Protein Content and Microbial Levels of Whole Wheat Flour for Use in Oral Immunotherapy, February 2017

The Journal of Allergy and Clinical Immunology, February 2017

The Journal of Allergy and Clinical Immunology, February 2016