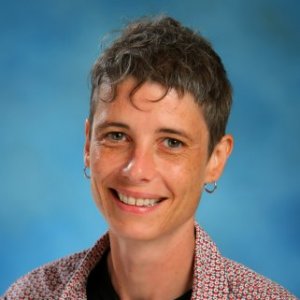 Elaine Craig is an associate professor at Schulich School of Law, Dalhousie University. She teaches and researches in the areas of sexual assault law, constitutional law, criminal law ethics, law and sexuality, feminist legal theory and queer legal theory. She received her doctorate in law from Dalhousie University in October, 2010. Her doctoral research focussed on legal conceptions of sexuality, and the role of sexual integrity in law. She also holds a master’s degree in law from Yale University, a bachelor’s degree in law from Dalhousie Law School and a bachelor’s degree in criminology from the University of Alberta. She has published articles on sexual assault law, constitutional law, criminal law ethics, the criminal regulation of sex work, censorship, sexual minority equality, feminist legal theory and queer legal theory. Her first book, entitled Troubling Sex, was published in 2012 by UBC Press. She has a forthcoming book, Sexual Assault Lawyering on Trial, which will be published in the coming year.

Legal experts are criticizing a decision by Supreme Court of Canada nominee Malcolm Rowe to deny a new trial to a sexual assault complainant who was subjected to “gratuitous humiliation and denigration” in court. The decision, which is being appealed by the Crown to the Supreme Court on the grounds that Rowe made several legal errors and failed to remedy an egregious breach of the rape shield law, has come under fresh scrutiny following the announcement of Rowe’s appointment to the top court earlier this week.

The trouble with sex assault trials

One aspect legal academics and those in the courts agree on in these cases is that Canada has progressive sexual assault laws. “The laws are not the problem,” says Elaine Craig, a professor at Schulich School of Law at Dalhousie University in Halifax, who has written extensively on the treatment of complainants in sexual assault trials. The problem, she suggests, is that the laws are not strictly applied during what are often wide-ranging cross-examinations designed to intimidate complainants rather than test evidence that relates to the alleged incident before the court. “The subtext is still stereotypes about women,” says Craig. Judges, Crown attorneys, and defence lawyers all have an obligation not to cross the line with questions that are irrelevant and aimed only to denigrate an alleged sexual assault victim.

Whacking the complainant: A real and current systemic problem

Sexual assault trials, even when conducted ethically and within the bounds of law, harm complainants. This is the harsh reality of an adversarial and constitutionalized justice system that requires a rigorous testing of the evidence before depriving a person of their liberty.

Inspired by the treatment of Jian Ghomeshi's victims on the stand, The Current convened an on-air panel discussion to continue the conversation about the tactics used by criminal defence lawyers in sexual assault trials, including the controversial strategy known as "whacking."

Elaine Craig, an assistant professor at Dalhousie’s Schulich School of Law in Halifax, said that another problem for women alleging sexual assault is that judges and defence lawyers often expect “an unrealistic level of consistency” from complainants, picking up on “minute inconsistencies” between what they told the nurse, the police, the Crown and so on. “Of course there are going to be inconsistencies between whether they had three beer or five beer,” she said. Prof. Craig recently completed a study on attitudes towards sexual-assault cases among criminal lawyers. She said that the profession is split, and that indeed many lawyers themselves are torn, on a subject that often forces them to choose between professional obligation and human compassion for someone claiming a traumatic experience.

Dalhousie University law professor Elaine Craig says it’s a “very common” strategy used by defence lawyers in sexual assault case is to point out conflicting statements made by the complainant to police, media or pre-trial hearing. “What is potentially unique here is in addition to the statement or statements to the police or examined by the crown you also have statements made to the CBC and the Star that obviously creates the potential for further inconsistencies,” Craig said. “Understandably, any of us giving multiple accounts of the same incident or incidents over time there is going to be some variance in the detail.”

‘Women will be watching’: The wider relevance of Jian Ghomeshi’s sexual assault trial

“I think we are seeing a new phenomenon,” said Elaine Craig, assistant professor of law at Dalhousie University and an expert on sex assault law. “My sense is that there is a heightened public scrutiny now.” In Canada, this disconnect is especially peculiar, as the notion of affirmative consent has been formalized in law and legislation since the 1990s — when “no means no” was replaced, roughly, with “only yes means yes.” “We have these really progressive laws, but the application of them continues to reflect some of the same kinds of sexist stereotypes that have been around all along,” said Craig. She noted, for example, the case of Robin Camp, an Alberta judge whose outrageous comments to a rape complainant — “why couldn’t you just keep your knees together?” — led to a formal complaint by Craig and others.

“I think her decision is a positive development because it will make the process more efficient,” says Elaine Craig, an assistant law professor at Dalhousie University and one of four law professors who filed the initial complaint to the CJC after reading Camp’s ruling in R. v. Wagar. She says she was pleased to hear Ganley’s decision to step up the inquiry because of the potential harm to public perception of the judicial system. “I think it’s warranted under the circumstances,” says Craig.

Myths and stereotypes: Some judges still don’t get it

Elaine Craig is an assistant professor at the Schulich School of Law, Dalhousie University. Alice Woolley is a professor of law in the Faculty of Law, University of Calgary. --------------------------- Those who doubt that discriminatory stereotypes and myths about sexual violence continue to inform some sexual-assault trials should read a recent Alberta Court of Appeal decision that overturned the acquittal of a man accused of sexually assaulting a 19-year-old woman. Last month, the appeal court sent the case back for a new trial because the trial judge did not understand the law of consent and had relied on “stereotypical myths” in finding the accused not guilty.

Panelist, “How Do Criminal Lawyers Understand Their Professional Responsibilities?”

2016 Despite the vintage of Canada’s rape shield provisions (which in their current manifestation have been in force since 1992), some trial judges continue to misinterpret and/or misapply the Criminal Code provisions limiting the use of evidence of a sexual assault complainant’s other sexual activity. These errors seem to flow from a combination of factors including a general misunderstanding on the part of some trial judges as to what section 276 requires and a failure on the part of some trial judges to properly identify, and fully remove, problematic assumptions about sex and gender from their analytical approach to the use of this type of evidence. A lack of clarity as to how section 276 works, and the ongoing reliance on outdated stereotypes about sexual assault to interpret the provisions, are particularly problematic because trial judges continue to face applications to adduce evidence of a complainant’s sexuality activity which are inflammatory, discriminatory, and clearly excluded by section 276 of the Criminal Code. The reality that some defence counsel continue to ignore, or attempt to undermine, the legal rules dictated by section 276 heightens the need for competence, rigor, and accuracy among trial judges tasked with the adjudication of these applications. Following a brief explanation of how Canada’s rape shield regime works, four types of problems with the interpretation and application of section 276 are identified using examples from recent cases.

2015 Who speaks and with what authority, who is believed, what evidence is introduced, and how it is presented, is informed not only by the substantive law and the rules of evidence but also by the rituals of the trial. It is from this legal process as a whole that a judge or jury determines the (legal) ‘truth’ about a woman’s allegation of rape. A sexual assault complainant’s capacity to be believed in court, to share in the production of meaning about an incidence of what she alleges was unwanted sexual contact, requires her to play a part in certain rituals of the trial. Many of these rituals are hierarchical, requiring complainants to perform subordinate roles that mirror the gender, race, and socio-economic status based societal hierarchies in which the problem of sexual violence is rooted. Relying on the work of Robert Cover and interdisciplinary work on ritual for its conceptual framework, this article pursues two objectives. First, it attempts to depict, through the use of trial transcripts, the brutality of the process faced by sexual assault complainants. Second, it exposes some of the institutionalized practices, as manifested through courtroom rituals, that contribute to the inhospitable conditions faced by those that participate in the criminal justice response to sexualized violence.

Personal Stare Decisis, HIV Non-Disclosure, and the Decision in Mabior

2015 This article discusses the concept of personal stare decisis and the issue of horizontal precedent through examination of Canada's jurisprudence on the (over) criminalization of HIV non-disclosure. The Court's reasoning in R v Cuerrier and R v Mabior, as well as the trial decisions decided since Mabior are examined. The point is not to suggest that Justice McLachlin’s approach in Cuerrier offered the perfect solution to this issue. Indeed, as Isabel Grant argues, a better approach would remove non-disclosure of HIV status from the sexual assault criminal law regime and in its stead reintroduce the use of offences such as nuisance and criminal negligence. Rather, the point is to suggest that what Chief Justice McLachlin did in Mabior was to uphold a deeply problematic legal regime and in the process overturn herself, without explanation, on nearly every single principled objection to this regime that she had previously made.

2015 Online advertising has become a primary source of information about legal services. This trend towards web-based marketing of legal services poses new challenges to the regulation of the legal profession. Challenges which, to date, have not been fully met. It also creates a new source of data for researchers studying aspects of the legal profession such as legal ethics, lawyers’ perspectives and strategies, and legal discourse. The objective of this study is to examine the most prominent websites in Canada that advertise legal representation for individuals accused of sexual offences. The study of these websites yielded two types of observations regarding the commercial expression engaged in by this subset of the criminal defence bar. The first pertains to the parameters of ethical advertising by criminal defence lawyers who practice sexual assault law. A significant subset of lawyers who advertise legal representation services to individuals accused of sexual offences engage in commercial expression that may be inconsistent with the limits and guidelines specified in their professional codes of conduct. The study produced a second observation. Examination of these websites offers a window into the narratives about sexual assault that some defence lawyers construct for their clients or the public, and perhaps also the perspectives about sexual assault held by some defence lawyers themselves.