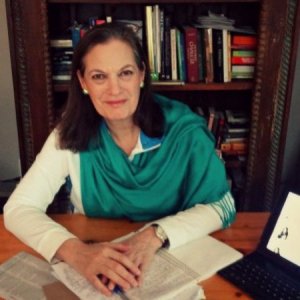 
Elaine Dewar aspires to be a happy warrior for the public good. 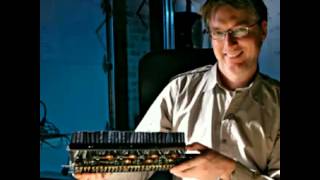 Elaine Dewar– author, journalist, television story editor—has been propelled since childhood by insatiable curiosity and the joy of storytelling. Her journalism has been honored by nine National Magazine awards, including the prestigious President’s Medal, and the White Award. Her first book, Cloak of Green, delved into the dark side of environmental politics and became an underground classic. Bones:Discovering the First Americans, an investigation of the science and politics regarding the peopling of the Americas, was a national bestseller and earned a special commendation from the Canadian Archaeological Association. The Second Tree: of Clones, Chimeras, and Quests for Immortality won Canada’s premier literary nonfiction prize from the Writers’ Trust. Dewar has been called “one of Canada’s best muckrakers and “Canada’s Rachel Carson.” She aspires to be a happy warrior for the public good.

The search for intelligent plant life

The University of British Columbia  online

Last summer, Murch and UBC hosted the global society’s annual conference in Vancouver where more than 40 countries were represented. Academics from the Universities of Florence and Bonn and institutions in Japan and Australia shared their theories, promoting peer-reviewed findings on plant behaviour. The event in Vancouver drew serious – and unexpected – attention. Michael Pollan, the prominent U.S. author on food and agriculture best known for his book In Defense of Food– attended as did Canadian science writer Elaine Dewar, whose book, Smarts, will be released next year...

Strong worked toward achieving this goal by creating the IPCC and other organizations that supposedly demonstrated CO2 from human industrial activity is causing runaway global warming. Strong admitted he couldn’t implement his plan as a politician, so, according to author Elaine Dewar (Cloak of Green), “Strong was using the U.N. as a platform to sell a global environment crisis and the Global Governance Agenda.”...

Shh... the plants are thinking

Political revolutions come and go with the seasons, but in science, they take longer. In the long march to establish that plants are intelligent, it has been eight years and counting. “You have to wait for the old generation to die,” says Frantisek Baluska, a plant biologist at University of Bonn, with a grim jocularity...

Unafraid of controversy, her Maclean’s article “Confessions of a Canadian Chauvinist Pig,” referred to her “desire to toss a hand grenade into every American camper I pass” and a withering critique of the Royal Ontario Museum in Toronto Life caused the chattering classes to choke on their cocktails. “Heather was a Canadian nationalist and a feminist,” says her friend and fellow writer, Elaine Dewar. “Her voice was clear, honest and rigorous in a way that was uncommon at the time.”...