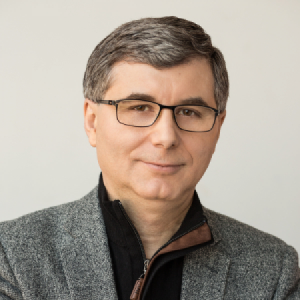 Nuclear fission is the world’s main source of electricity with near-zero greenhouse-effect-inducing carbon dioxide emissions. The more than 440 commercial nuclear power plants operating in 31 countries provide over 11 per cent of the world’s electricity as continuous and reliable base-load power. Another 60 reactors are under construction. Durham Region is home to two nuclear power plants, both within a 30 km radius of the University of Ontario Institute of Technology (UOIT).

To remain an important contributor to Ontario’s energy supply, CANDU reactors must satisfy ever-increasing economic and safety demands. In particular, increasingly detailed and accurate simulation models are required for the safety analysis of existing and future CANDU reactors. To that end, Eleodor Nichita, PhD, Associate Professor in the Faculty of Energy Systems and Nuclear Science, is primarily focused on computational reactor and radiation physics to ensure the long-term safety of these and other nuclear power plants. In collaboration with the University Network of Excellence in Nuclear Engineering and Ontario Power Generation, Dr. Nichita’s latest research focuses on modelling the static and dynamic behaviour of CANDU reactors and on developing CANDU computational benchmarks to be used to evaluate existing and emerging reactor-physics computational tools.

His other research investigates the dynamic characteristics of Pressure-Tube Supercritical-Water-Cooled Reactors (which contribute to the design of the control and safety systems of the Canadian Generation IV advanced reactor concept); computational radiation dosimetry studies for the protection of radiation workers; and medical radionuclide production methods.

Dr. Nichita’s motivation to confront two of the world’s most critical issues – energy and health, spurred his educational path. He earned a Bachelor of Science in Engineering Physics from the University of Bucharest in Romania, a Master of Science in Medical Physics from McMaster University in Hamilton, Ontario, and both a Master of Health Physics and a Doctorate in Nuclear Engineering from the Georgia Institute of Technology in Atlanta, Georgia. He then moved back to Canada and spent his first six years in industry as a reactor core physicist for Atomic Energy of Canada Limited, before joining UOIT in 2004 as an assistant professor. A former President of the Canadian Nuclear Society, Dr. Nichita has earned several awards for his work.

Appointed to this role, the Canadian Nuclear Society promotes the exchange of information on all aspects of nuclear science and technology and its applications.

PHYSOR 2014 International Conference on the Role of Reactor Physics Toward a Sustainable Future  Kyoto, Japan

For CANDU reactors to continue to be an important contributor to the Ontario energy supply they have to satisfy ever-increasing economic and safety demands. The broad objective of this work is twofold: to develop a new, more accurate, method for calculating the neutron power distribution in a nuclear reactor by using advanced homogenization methods, and to develop detailed CANDU-specific benchmark problems to test the newly developed method, as well as other methods and codes in current use in the Canadian nuclear industry.

Study of Kinetics Characteristics of a Pressure-Tube Supercritical Water Reactor

In order to analyze the safety attributes of the Pressure-Tube, Supercritical Water-Cooled Reactor, and design its control and safety systems, its kinetic characteristics must be assessed. This project is studying the four aspects related to the kinetics of PT-SWCR and aims to contribute to the design and analysis of the PT-SCWR Generation IV advanced reactor concept in Canada.

Introduction to Nuclear Concepts for Engineers and Scientists

Modern analysis of nuclear reactor transients uses space-time reactor kinetics methods. In the Canadian nuclear industry, safety analysis calculations use almost exclusively the improved quasi-static (IQS) flux factorization method. The IQS method, like all methods based on flux factorization, relies on calculating effective point-kinetics parameters, which dominate the time behavior of the flux, using adjoint-weighted integrals. The accuracy of the adjoint representation influences the accuracy of the effective kinetics parameters. Routine full-core calculations are not performed using detailed models and transport theory, but rather using a cell-homogenized model and two-group diffusion theory. This work evaluates the effect of homogenization and group condensation on the calculated effective kinetics parameters of an equilibrium CANDU core.