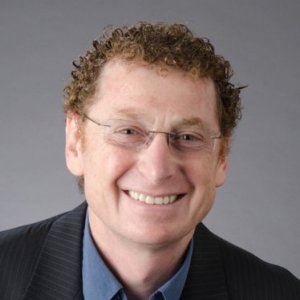 
Eli Berman is known for applying rational choice analysis to the behavior of radical religious groups. 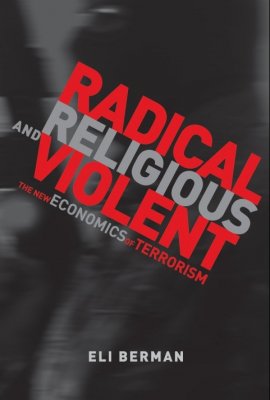 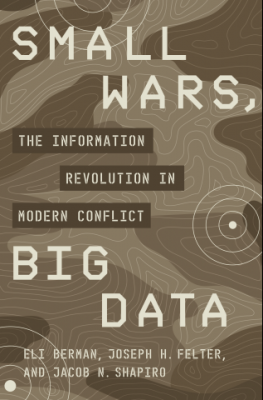 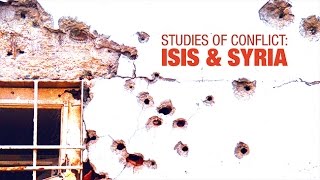 Eli Berman is professor of economics at UC San Diego and research director for international security studies at the Institute on Global Conflict and Cooperation. He co- directs the Economics of National Security group at the National Bureau of Economic Research and helps lead the Empirical Studies of Conflict Project and the Economics of National Security Association. Publications include “Small Wars, Big Data: The Information Revolution in Modern Conflict” (with Jacob N. Shapiro and Joseph H. Felter, 2018) and “Radical, Religious and Violent: The New Economics of Terrorism” (2009). Recent grants supporting his research have come from the Minerva Research Initiative and the National Science Foundation. Berman received his doctorate in economics from Harvard University.

Economics of Religion and Demography

An estimated 7,000 fighters are in Yemen. NBC 7's Liberty Zabala talks to some local experts...

Eli Berman, a UC San Diego economics professor, said he thinks “rebalancing” is too strong a term for the jihadist group’s foothold in Asia. ISIS isn’t on the verge of controlling territory anywhere in the Pacific Rim, said Berman, who is a research director at the university’s Institute on Global Conflict and Cooperation...

UC San Diego economics professor Eli Berman, author of "Radical, Religious and Violent: The New Economics of Terrorism," said Obama faces a challenge. “He had to, on one hand, reassure people,” Berman told KPBS Midday Edition on Monday. “On the other hand, he had to recognize there is an urgent threat. I think he tried to find that balance. I think he could’ve been clearer of what the nature of the threat is to Americans.”...

A Discussion On The Motivations Behind The Paris Terror Attacks

Eli Berman, a UCSD economics professor and author of "Radical, Religious and Violent: The New Economics of Terrorism," said the Kouachis looked "like a well-trained pair of assassins." "I think the experts are surprised — not so much by the fact that there were attacks by these somewhat unaffiliated terrorists," Berman told KPBS Midday Edition on Monday. "What is new is the level of professionalism. The attackers managed to hit a hard target in the middle of Paris."...

Panelists talked about the changing face of terrorism and the ability of U.S. government and law enforcement agencies to thwart attacks. Topics included threats to power grids, the threat of a nuclear Iran or North Korea, and information on the Internet. They also spoke about the Boston Marathon bombing case. This was part of an event marking the 10th anniversary of the Center for Risk and Economic Analysis of Terrorism Events (CREATE) at the University of Southern California in Los Angeles. The center was the first university research center funded by the Homeland Security Department.

Eli Berman, an economist at UC-San Diego, who Lemann notes “has done field work among ultra-orthodox religious groups in Israel,” writes in a new book that terrorist sympathizers are attracted to religiously fanatically groups primarily because of the social services they provide. Terrorist groups “appeal to recruits in part because they are able to offer very high levels of benefits—not just spiritual ones but real services,” Lemann writes.

2018 Total fertility in the Catholic countries of Southern Europe has dropped to remarkably low rates (=1.4) despite continuing low rates female labor force participation and high historic fertility. We model three ways in which religion affects the demand for children – through norms, market wages, and childrearing costs. We estimate these effects using new panel data on church attendance and clergy employment for 13 European countries from 1960 to 2000, spanning the Second Vatican Council (1962–65). Using nuns per capita as a proxy for service provision, we estimate fertility effects on the order of 300 to 400 children per nun. Moreover, nuns outperform priests as a predictor of fertility, suggesting that changes in childrearing costs dominate changes in theology and norms. Reduced church attendance also predicts fertility decline, but only for Catholics, not for Protestants. Service provision and attendance complement each other, a finding consistent with club models of religion.

2015 Research on insurgency has been invigorated during this past decade by better data, improved methods, and the urgency of understanding active engagements in Iraq and Afghanistan. This “empiricists' insurgency” reinforces a classic literature on the essential role of civilians while challenging older theories about how they affect conflict outcomes. It provides a general framework describing “irregular” insurgencies (where government capacity exceeds rebel capacity), which is analytically cohesive and empirically tested using subnational data from multiple conflicts. The new research provides guidance on intervention design, including governance improvement, development programs, and rules of engagement. The design of interventions matters: Some key evidence comes from measuring the effects of misguided policies. The framework may enable better conceived and implemented interventions, including foreign engagements with and without troop deployment, depending on the type of insurgency and mindful of political limitations. We position these findings in the literature and highlight directions for future research, including legal aspects of countering insurgency.

2013 Most interpretations of prevalent counterinsurgency theory imply that increasing government services reduces rebel violence. Empirically, however, development programs and economic activity sometimes increase violence. Using new panel data on development spending in Iraq, we show that violence-reducing effects of development assistance are greater when: (i) projects are small; (ii) troop strength is high; and (iii) professional development expertise is available. These findings are consistent with an information-centric ("hearts and minds") model, which implies that violence-reduction is greatest when projects are secure, valued by community members, and services derived are conditional on government control of the territory.

Can Hearts and Minds Be Bought? The Economics of Counterinsurgency in Iraq

2011 We develop and test an economic theory of insurgency motivated by the informal literature and by recent military doctrine. We model a three-way contest between violent rebels, a government seeking to minimize violence by mixing service provision and coercion, and civilians deciding whether to share information about insurgents. We test the model using panel data from Iraq on violence against Coalition and Iraqi forces, reconstruction spending, and community characteristics (sectarian status, socioeconomic grievances, and natural resource endowments). Our results support the theory’s predictions: improved service provision reduces insurgent violence, particularly for smaller projects and since the “surge” began in 2007.

Do Working Men Rebel? Insurgency and Unemployment in Afghanistan, Iraq, and the Philippines

2011 Most aid spending by governments seeking to rebuild social and political order is based on an opportunity-cost theory of distracting potential recruits. The logic is that gainfully employed young men are less likely to participate in political violence, implying a positive correlation between unemployment and violence in locations with active insurgencies. The authors test that prediction in Afghanistan, Iraq, and the Philippines, using survey data on unemployment and two newly available measures of insurgency: (1) attacks against government and allied forces and (2) violence that kill civilians. Contrary to the opportunity-cost theory, the data emphatically reject a positive correlation between unemployment and attacks against government and allied forces (p < .05 percent). There is no significant relationship between unemployment and the rate of insurgent attacks that kill civilians. The authors identify several potential explanations, introducing the notion of insurgent precision to adjudicate between the possibilities that predation on one hand, and security measures and information costs on the other, account for the negative correlation between unemployment and violence in these three conflicts.