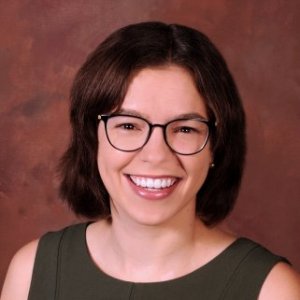 
My research program concentrates on how identity processes affect health, especially during the transition to adulthood.

My research interests focus on the intersection of social psychology and medical sociology. My research explores a range of outcomes including mental health during the transition to adulthood, barriers to accessing medical services following sexual victimization, and the impact of contact with the criminal justice system on mental health. My current teaching focus is on the Sociology of Health and Illness, the Sociology of Health Care, and Introduction to Sociology and I have previously taught courses on Sociological Theory, Gender and Work, Social Psychology, and the Life Course.

My recent research examines health and identity during the transition to adulthood. In my dissertation, I explored how views of one’s self as an adult and perceptions of how others view one’s progress toward adulthood affect health risk behaviors and mental health. I explored the cultural understandings of adulthood as they relate to participation in health risk behaviors and mental health outcomes. The dissertation builds upon themes introduced in my previous research. In an article published in the Journal of Health and Social Behavior, I analyzed how romantic relationship quality and stability affect mental and physical health. In an article published in the Journal of Interpersonal Violence, I examined the role of depressive symptoms and alcohol use in sexual revictimization. In my current work, I am identifying barriers to accessing both physical and mental health services following sexual victimization both on and off college campuses using an original diverse sample of young adult women. I am also working with The National Longitudinal Study of Adolescent to Adult Health dataset to understand the impact of contact with the criminal justice system on mental health and attitude trajectories in early adulthood.

My teaching experience at Augusta University has focused on two Medical Sociology Courses as well as Introduction to Sociology. At the University of Georgia, I taught the department's required undergraduate Sociological Theory course, a course on Gender and Work, Introduction to Sociology and a class about The Life Course. Through four years of teaching, I have consistently received outstanding student evaluations for my effectiveness, preparation, and ability to guide classroom discussions.

Identity Processes in Transition to Adulthood

Sociology of health and illness

2017 Research has shown that victims of sexual assault are at a significant risk of revictimization. We use routine activity theory to predict how sexual victimization in adolescence relates to depression, substance use, and ultimately revictimization as a young adult.

Romantic relationships and health among African American young adults: Linking patterns of relationship quality over time to changes in physical and mental health

Journal of Health and Social Behavior

2013 With trends in delayed marriage, scholars have begun to explore how a wide range of romantic relationships contribute to health. Although a welcome shift, this largely cross-sectional work ignores potential (in)stability in relationship supports and stressors thought to affect health.

2013 The purpose of this research is to discover how the number and quality of role-identities affect the relationship between perceived distributive injustice and psychological distress. In order to examine the relationship between under-reward in the workplace and symptoms of psychological distress, I conduct several Ordinary Least Squared regressions using data from the Household, Income and Labour Dynamics in Australia (HILDA) Survey to determine if a count of up to 8 roles moderates this association.

“I’m an adult now”: Health risk behaviors and identifying as an adult

Is identifying as an adult associated with lower rates of participation in risky behaviors? This study focuses on how identity affects health behaviors for young adults. We use an original sample of over 500 18- to 29-year-olds in the United States to explore how self-identification as an adult is associated with three clusters of health risk behaviors: substance use, risky sexual behavior, and risky driving behavior. Consistent with our predictions, we find that viewing oneself as an adult is associated with lower levels of participation in each of the health risk behavior outcomes.

Microaggressions and Mental Health at the Intersections of Race, Gender, and Sexual Orientation in Graduate and Law School

Journal of Women and Gender in Higher Education

There is a proliferation of research on the effects of microaggressions among undergraduate students and in the workplace. However, scholars have not focused on biased interactions among graduate and law students, their capacity to create or exacerbate health inequities, and the types of support that might mitigate these effects. In two studies, we center minoritized graduate and law students—those who identify as women, LGBQ+, and/or people of color.