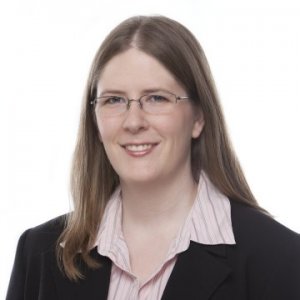 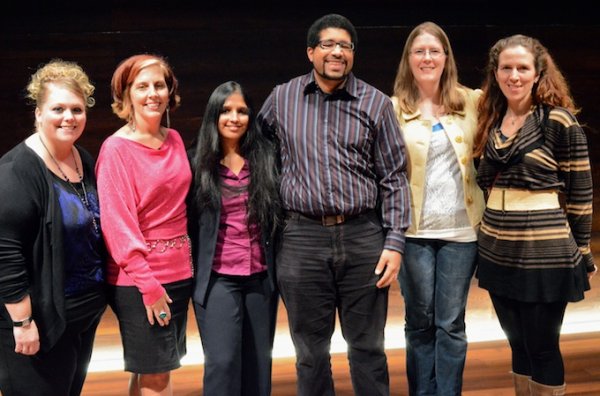 Elizabeth Monier-Williams is director, marketing and communications, for Synaptive Medical, Inc., a medical device and technology company based in Toronto. She was co-director of the WaveCheck crowdfunding campaign on Indiegogo, which was twice named to the Globe and Mail’s Top 10 Canadian crowdfunding campaigns list, and digital strategy lead for the Linkitz campaign, which raised over $100,000 on Kickstarter. Additional past positions include director, marketing and communications for MaRS Innovation, research communications officer at York University and media relations officer (health faculties) at the University of Toronto.

In 2012, Elizabeth delivered a Tedx talk on why we need new stories about women, superheroes and power, and published a chapter on the mechanics of viral digital marketing in Scott Stratten's The Book of Business Awesome (Wiley, 2012). She holds a Honours Bachelor of Arts from the University of Waterloo and a Master of Arts from the University of Guelph, both in English literature.

As campaign co-director, I led marketing and communications activities for WaveCheck's Indiegogo crowdfunding campaign, which raised $53,390 for the technology, secured national media coverage and helped to secure a follow-on donation of $100,000 to launch the first U.S.-based clinical trial site for the ultrasound technology. WaveCheck helps people with breast cancer and their doctors to know whether their tumor is responding to a given chemotherapy treatment.

I directed the communications materials (four reports, five PowerPoint presentation decks and two videos) for MaRS Innovation's successful application to be extended by the Federal Government's Networks of Centres of Excellence (NCE), which secured $15 million for MI over three years.

I'm participated as a speaker in the first TedxWaterlooWomen event on December 1, 2012. http://tedxwaterloo.com/tedxwaterloowomen/

Blog post republished in The Business Book of Awesome (professional)

The Book of Business Awesome, by Scott Stratten, explores the relationship between business and social media through case studies. Stratten requested permission to republish my blog post, "5 Viral Takeaways from Nightmares Fear Factory" as a chapter (#35: Nightmares).

Elizabeth is a highly skilled communicator and speaker. She is able to efficiently convey strategic advice on how to reach key audiences with limited resources, and is highly knowledgeable of SEO and Social Media tactics. I have had the pleasure of hearing her share her expertise with fellow communicators associated with the Networks of Centres of Excellence.

Why it’s Time to Rewrite the Female Superhero

In this feature for Boston Innovation's Arts & Entertainment section, Rebecca Strong examines the arguments presented in Elizabeth Monier-Wiliams' 2012 Tedx talk, "Having it all: Why we need new stories about female superheroes" and the evolving landscape for stories about women and power (fictional or otherwise).

Reflections on healthcare crowdfunding: Does a project have to get fully funded to be a ‘success?’

MaRS Innovation’s Dr. Fazila Seker and Elizabeth Monier-Williams spoke with Deanna Pogorelc of MedCity News about how to define success for campaigns crowdfunding for technologies and research related to the medical field. The article, in MedCity News‘ Hot Topics section, questions whether a crowdfunding campaign needs to reach its funding goal to be deemed successful. Seker and Monier-Williams completed an Indiegogo crowdfunding campaign in December for WaveCheck, a clinical technique developed to let women and men know if their breast cancer chemotherapy is working within weeks of beginning treatment instead of months later when treatment has already ended.

CBC's The World This Weekend  radio

MaRS Innovation staff and WaveCheck Campaign Co-directors Dr. Fazila Seker and Elizabeth Monier-Williams spoke with the CBC’s Colleen Ross about the process of crowdfunding WaveCheck’s partner-based clinical studies on “The World This Weekend.” The radio segment, called “Crowdfunding Science,” aired on January 25, 2014 and discussed the lack of funding researchers have access to for commercialization, making it harder to advance research that could be helping people in a variety of industries.

Elizabeth Monier-Williams spoke to the Huffington Post about changing jobs near the end of her second maternity leave to take a more senior position with MaRS Innovation.

Crowdfunding and campaigns for social change

Learning from the WaveCheck crowdfunding campaign

Be Good or Be Social Non-Profit Networking Conference  Toronto

Knowledge Mobilization and Communiations (KM In the AM series)  Toronto, ON

Lean Marketing and Communications: Making the most of what you've got

Having it all: Why we need better female superhero stories

Creating Compelling Video Without Tearing Your Hair Out