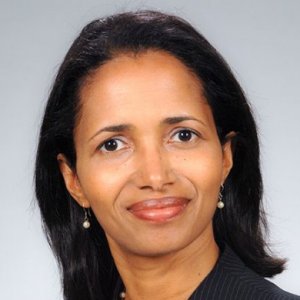 
Elizabeth A. Rowe is an internationally recognized expert on Trade Secret Law.

Elizabeth A. Rowe is an internationally recognized expert on trade secret law. Much of her research addresses the intersection of trade secrets with employment law and/or technology, as well as the interplay between intellectual property, government policy and innovation. Elizabeth is te Irving Cypen professor of law, a distinguished teaching scholar and director of the Program in the Intellectual Property Law at the Levin College of Law.

“The culture of academia has in part always been about openness and sharing, and reward for publishing,” Rowe said. “Academia, for better or worse, has woken up to the realization of the monetization of their assets and their IP.”

As Congress considers possible federal regulation of facial recognition technology in the U.S., it is important to understand the way in which this technology is utilized, especially in the private sector, as well as the benefits to and concerns of the various stakeholders. The absence of federal regulation in this space has created much uncertainty for companies and consumers alike. Accordingly, as we stand at the crossroads of this highly significant decision, to regulate or not to regulate, this article endeavors to identify common interests and common areas of concern among the various stakeholders, including developers of the technologies, business users, and consumers (broadly conceptualized as private individuals, business to business, and government users).

This Article presents the first qualitative empirical review of permanent injunctions in trade secret cases. In addition, it explores the extent to which the Supreme Court’s patent decision in eBay v. MercExchange has influenced the analysis of equitable principles in federal trade secret litigation.

Elizabeth A. Rowe and Giulia Farrior

As we enter the second year post enactment of the federal Defend Trade Secrets Act, this paper presents a snapshot of developments to assess whether there appear to be any significant doctrinal changes afoot in trade secret litigation, both civil and criminal, during the past year.