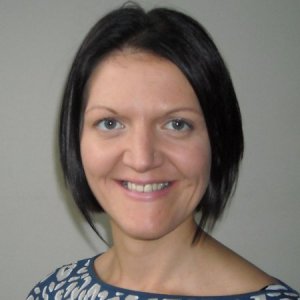 Elizabeth Yardley is passionate about criminological research that is exciting, needs-led and meaningful.

Elizabeth joined Birmingham City University in September 2010 from the private sector, where she had worked as a social research consultant. During her time at BCU, she has helped further develop the long-established Centre for Applied Criminology and led the Centre through the Research Excellence Framework 2014. Elizabeth took up her role as Centre Director in September 2013 and was conferred the title of Reader / Associate Professor in March 2014.

She is passionate about criminological research that is exciting, needs-led and meaningful both within and beyond the university. Her research is interdisciplinary and encompasses several other areas of the social sciences, notably media and communication studies and sociology.

Her most successful research paper, Making Sense of “Facebook Murder”, co-authored with Professor David Wilson, is an example of this approach. Upon publication, the research was reported across the world and is currently in the top 5% of articles tracked by Altmetric for the quality and quantity of online attention it received.

As well as teaching on undergraduate and postgraduate Criminology programmes, Elizabeth is supervising 5 PhD students who are researching homicide and violent crime. In the BCU Extra Mile Awards 2014 she received the award for Academic of the Year.

Elizabeth is a regular contributor to news and entertainment media, drawing on the cutting edge research conducted in the Centre for Applied Criminology to enhance public understanding of crime and criminal justice.

Professor Elizabeth Yardley, a Professor of Criminology and Director of the Centre for Applied Criminology at Birmingham City University, says this was not a "random" incident where Campbell "snapped". Speaking to Mirror Online, she said Alesha's murder was "one of the most awful cases I've come across". "If you look at the extent of violence that was used, she had 117 injuries, this was not the case of a normal, healthy individual one day turned into a homicidal child-killer the next," she explains.

No Body No Parole: Murderers who won't reveal where victims are 'should NEVER get parole'

Prof Yardley, of Birmingham University, said: “We believe no murderer should even have the possibility of parole whilst ­withholding ­information as to the ­whereabouts of their victim. “Helen’s family deserve the opportunity to give her a funeral and final resting place. A final resting place of their choosing, not Simms’.”

This is why are we all so obsessed with serial killers

“Serial killers are for adults what monster films are for children,” says criminologist Elizabeth Yardley of Birmingham City University. “It’s this scary fun. It’s something that’s grisly and horrible and engenders fear in you, but you can observe it from a safe distance.”

In Search of the 'Angels of Death': Conceptualising the Contemporary Nurse Healthcare Serial Killer

2016 Focusing specifically upon nurses who commit serial murder within a hospital setting, this paper aims to establish insights into this particular subcategory of healthcare serial killer. In addition, the paper aims to test the usefulness of an existing checklist of behaviours among this group of serial murderers. Drawing upon existing lists of healthcare serial killers produced by other scholars as well as legal records and an online news archive, we identified and researched healthcare serial killer nurses, collating socio demographic and criminological data and applying the aforementioned checklist to each case. Our findings suggest that to date, the label 'healthcare serial killer' has been applied in too loose a manner, making the understanding of this phenomenon problematic. In further refining the definition and identifying the socio-demographic and criminological characteristics of the victims, perpetrators and crimes, we have developed more specific and therefore useful insights for practitioners and identified a potentially useful checklist which, with revisions, could contribute towards preventative strategies and interventions.

Serial Killers and the Phenomenon of Serial Murder: A Student Textbook

2015 A superbly targeted resource for those learning about serial killings. Serial Killers and the Phenomenon of Serial Murder examines and analyses some of the best known (as well as lesser) cases from English criminal history, ancient and modern. It looks at the lifestyles, backgrounds and activities of those who become serial killers and identifies clear categories of individuals into which most serial killers fall. Led by Professor David Wilson the authors are all experts and teachers concerning the ever-intriguing subject of serial killing: why, when and how it happens and whether it can be predicted. Taking some of the leading cases from English law and abroad they demonstrate the patterns that emerge in the lives and backgrounds of those who kill a number of times over a period. The book is designed for those studying the topic at advanced level, whether as an academic discipline on one of the many courses now run by universities and colleges or as a private quest for understanding. It contains notes on key terms and explanations of topics such as co-activation, Munchausen syndrome, cooling-off period, psychopathy checklist, social construction, case linkage, family annihilation, activity space, rational choice theory, medicalisation and rendezvous discipline. As the first textbook of its kind it will be an invaluable resource for teachers and students of serious crime.

2015 This article sets out to establish whether, and to what extent, homicides involving social networking sites (SNSs) are unique and to identify the ways in which perpetrators of homicide have used SNSs in their crimes. It does so by identifying and analysing relevant cases of homicide from around the world and comparing the characteristics of these cases with the general literature on homicide. We argue that the cases in our sample are largely typical of homicide in general and identify six ways in which homicide perpetrators have used SNSs - as reactors, informers, antagonists, predators, fantasists and imposters.