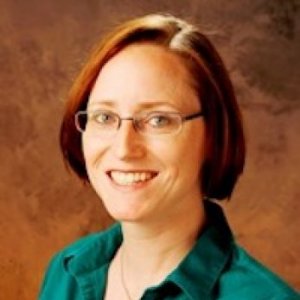 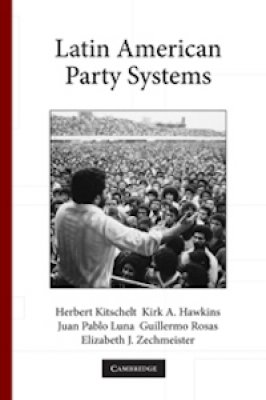 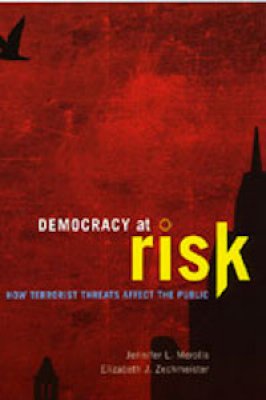 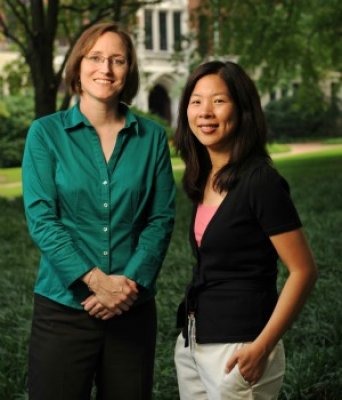 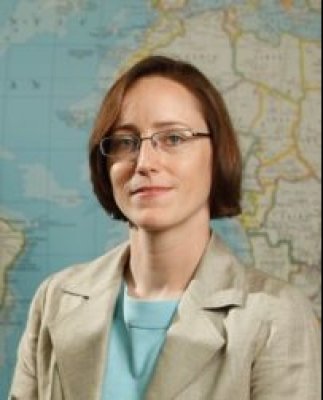 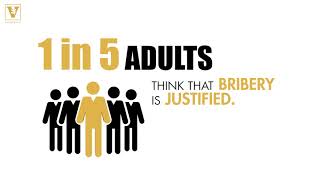 Zechmeister received her Ph.D. from Duke University in 2003. Her research focuses on comparative political behavior and public opinion, in particular in Latin America. Her work includes studies of voting, ideology, political parties, representation, charisma, and crisis. Zechmeister has received support from the National Science Foundation for investigations into the public opinion consequences of terrorist threat and natural disaster, respectively. She has published articles in the American Journal of Political Science, the Journal of Politics, Comparative Political Studies, and Political Behavior, among other outlets. She is co-author of Democracy at Risk: How Terrorist Threats Affect the Public (University of Chicago Press, 2009) and Latin American Party Systems (Cambridge University Press, 2010). She is co-editor of The Latin American Voter: Pursuing Representation and Accountability in Challenging Contexts (University of Michigan Press, 2015). In 2012, she was the recipient of the Vanderbilt A&S Jeffrey Nordhaus Award for Excellence in Undergraduate Teaching and in 2015 she received the Vanderbilt Award for Excellence in Graduate Teaching. Her courses focus on Latin American politics, Mexican politics, research design, and comparative political behavior and public opinion.

Behind Latin America’s protests, a fading faith in democracy

“Democracy has been failing to deliver on its promise,” says Elizabeth Zechmiester, who directs the Latin American Public Opinion Project (LAPOP) at Vanderbilt University, which has tracked trends in democracy and public satisfaction in the region since 2004. “People feel less safe, more economically vulnerable, and that governments aren’t doing enough to respond to their basic needs.”

The Key Factors for Protests Around the World

We are seeing increasing civil unrest around the world, with protests in Ecuador, Peru, Barcelona, Hong Kong, Chile, Lebanon, and Haiti, among others. While these countries have different forms of government and different circumstances, at the heart of many of these protests are the increasing level of inequality and distrust, and disgust, with the inner workings of government. Are these mass movements a tipping point?

Latin America awash in troubles amid protests, uprisings and a distracted Washington

“Peru and Ecuador are really interesting studies in contrast,” said Elizabeth Zechmeister, a political science professor at Vanderbilt and the director of the survey, known as LAPOP. “They are both experiencing instability but for very different reasons,” she said. In Peru, crime and corruption are dominant themes “and growing irritants in the daily lives of Peruvians,” she said. “At the same time, the ruling class is seen as corrupt and unresponsive.”

Facebook is offering up its data up as a gold mine for academic research with the help of Social Science One, an independent commission of experts that includes two Vanderbilt political science professors, Dr. Elizabeth Zechmeister and Dr. Noam Lupu.

Did Maduro's party really dominate Sunday's election in Venezuela? These polls should make you skeptical.

Venezuelans went to the polls Sunday to elect 23 new state governors. According to the polling, opposition candidates aligned with the Democratic Unity Roundtable (MUD) stood to win 13 to 16 of those states. That didn’t happen.

Following the deadly terrorist attacks in Lebanon and Paris last week, international terrorism has again taken center stage. The Islamic State has claimed responsibility for both attacks, and has called them “the first of the storm.” In a new video released Monday, the group has threatened similar attacks on those conducting airstrikes in Syria, singling out Washington, D.C.

“The public right now is coping with a host of negative emotions,” said Elizabeth Zechmeister, a Vanderbilt University professor who has studied the link between terrorist threats and public opinion. “Fear, anger, general anxiety: (Trump) gives a certain credibility to these feelings,” she said.

Poll: Most Americans back torture of 'terror' suspects

"The public right now is coping with a host of negative emotions," said Elizabeth Zechmeister, a Vanderbilt University professor who has studied the link between attack threats and public opinion. "Fear, anger, general anxiety: [Trump] gives a certain credibility to these feelings," she said.

Centre for the Study of Democratic Citizenship  McGill University

How Does Terrorism Affect the Way We Think About Politics?

2018 Using an original database of legislative and presidential electoral results from the democratic transitions of the 1970s and 1980s to the present day, we provide a new assessment of electoral volatility in Latin America. Following a model established in studies of other regions, we decompose volatility into two subtypes: party replacement and stable party volatility.

2018 Despite the best intentions, only a small proportion of social science research findings are input into dialogue, policy, or other actions that improve human welfare.

Threat and Information Acquisition: Evidence from an Eight Country Study

Can experience overcome stereotypes in times of terror threat?

2017 Research on evaluations of leaders has frequently found that female leaders receive lower ratings in times of national security crisis. However, less is known about countervailing factors. We contend that partisanship and leadership experience in relevant domains are two factors that can counteract the negative effects of terrorist threat on evaluations of female political leaders.

2017 Representation is greater when legislators and voters agree on the national agenda. Under what conditions are higher degrees of “issue priority representation” more likely? Our answer focuses on economic conditions and party branding dynamics, and the case of Latin America. With mass and elite survey data we show that economic hard times and left-leaning preferences increase the prioritization of economic issues.