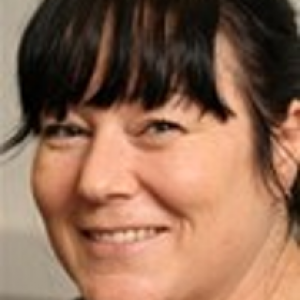 Elle Boag's research has an attachment-related basis, and covers topics that extend her PhD research on prejudice and discrimination. 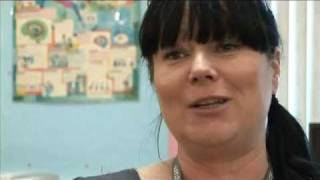 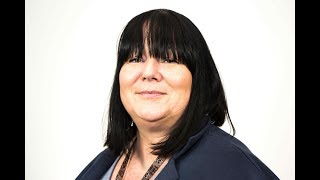 Although beginning her academic career as a mature student, Elle’s history at the University of Southampton spans seven years. After completing her BSc in psychology in 2006 at the University of Southampton, she was awarded both the school of psychology prize and the BPS prize for best dissertation in the Wessex region. Subsequently, she continued onto an MSc in research methods in psychology which she completed in 2007. Elle was awarded school funding to complete a PhD examining the role of empathy in explaining the relation between attachment patterns and prejudice. She was awarded her PhD in March 2011.

In the latter stages of writing up her PhD thesis she was offered a one year post as a part-time lecturer within the School of Social Sciences at the University of Southampton. During this time she taught psychology to undergraduates studying a BSc in Applied Social Sciences, along various pathways including criminology, sociology, anthropology, and criminology/psychology. Having taught both A Level and undergraduate students during her time as a student Elle was able to take on this lectureship with confidence. Prior to her contract ending at the University of Southampton, she was offered the permanent position of lecturer in social psychology at Birmingham City University in September 2011.

Throughout her academic career Elle has attended numerous symposiums and conferences, allowing her to disseminate her research to professionals and other research students both nationally and internationally. Additionally, being offered the opportunity to attend school symposiums and seminars provided Elle with the opportunity to forge professional relationships with world-renowned psychologists. She has published her research in peer reviewed journals, and begun to build a profile as a scientist as well as an academic.

Although traditionally, the pathway to a permanent lectureship involves a period as a post-doctoral fellow of teaching and/or research, Elle was fortunate enough to attend a University that provided consistently high quality training and research opportunities. Taking advantage of such opportunities has undoubtedly served to springboard her career at a much faster rate.

Behind A-list catwalk shows and photo shoots lies world awash with financial abuse and sexual violence — will #MeToo change that?

According to psychologist Elle Boag from Birmingham City University, #MeToo has played a huge part in this. “This crucial feminist movement has emboldened women in many walks of life to speak out against abuse and exploitation,” she explains. “It’s no surprise #MeToo is having a significant impact on the modelling industry, where the lives of young, vulnerable people are in the hands of powerful men. For years they allegedly endured controversial and inappropriate behaviour from photographers such as Terry Richardson, and for so long models remained silent, as actresses did with [movie mogul Harvey] Weinstein, for fear of losing their livelihood. But #MeToo has given women the power to challenge men and refuse to be victims, which is so encouraging.”

What does the future hold for 'evil' Roxanne now?

Dr Elle Boag is a senior lecturer in social psychology at Birmingham City University and says the viewing public can be terribly unforgiving. "In a lot of cases there is no coming back from being judged as a liar. "People will always judge her through that lens and I don't mean the people who are casting for TV shows, I'm talking about the general public."

There is overwhelming evidence that our early years are crucial in shaping how we see the world and our place in it. From as early as 10 or 11, children already have strong ideas about their gender roles. According to Elle Boag, a social psychologist at Birmingham City University, children as young as seven may have ideas about the different types of job men and women should do. “We expect boys to be good at maths and PE, even though there’s no biological predisposition there, and girls to be more creative or caring,” said Boag.

Attachment and Prejudice: The Mediating Role of Empathy

Inside experience: Engagement empathy and prejudice towards prisoners

2014 Purpose – Research examining attitudes towards offenders assesses the attitudes of professionals working with offenders,rather than attitudes of those without any experience with offenders. The purpose of this paper is to examine whether prejudice towards offenders would decrease after engagement with incarcerated serious offenders, and whether any improvement would be explained by increased empathic responding. Design/methodology/approach – An experimental field study was conducted. A repeated measures questionnaire assessed empathy and prejudice at two time points: before and after engagement with serious offenders. Findings – As predicted experiencing actual engagement with convicted sex offenders and murderers within a prison environment did increase empathy and decrease prejudice towards ex-offenders. Research limitations/implications – All participants were applied criminology students and (prison visited) is not representative of prisons within HM Prison Service. It could be argued that responding was influenced by previous knowledge of criminal justice and penal systems. Future research should consider examining the impact of engagement on empathy and prejudice with a larger, naı¨ve sample and across different prisons. Originality/value – As the first (to the authors knowledge) to empirically examine attitude change of individuals with no personal experience of offenders this research has value to any person considering how social exclusion may be reduced at a societal level.

Does engaging with serious offenders change students' attitude and empathy toward offenders? A thematic analysis

Journal of Forensic Psychiatry and Psychology

2013 This article considers the role of engagement with prisoners on a one-day carceral tour (prison visit) as a function of reduced prejudice and increased empathy toward offenders. Eight reflexive accounts, completed by final year criminology students approximately two weeks after interacting with convicted serious offenders, prison staff and the prison environment were thematically analysed to locate indices of prejudice and empathy toward serious offenders. Reflexive accounts were examined for content reflective of three temporal points: (i) before the visit, (ii) during the visit and (iii) after the visit. Findings demonstrated that engagement appears to have a positive influence on increased tolerance and empathy toward offenders. However, the increased empathic responding only appeared to be indicative of perspective taking and not empathic concern. Possible explanations and future research directions are discussed as well as implications for training and policy context.