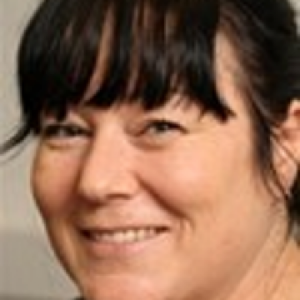 
Elle Boag's research has an attachment-related basis, and covers topics that extend her PhD research on prejudice and discrimination.

Dr Elle Boag is Associate Professor in Applied Social Psychology in the School of Social Sciences at Birmingham City University. Her research covers attachment theory, mental health and wellbeing, empathy, sexuality, diversity, inclusion, prejudice, discrimination, social exclusion and deviance. She has explored issues such as public attitudes towards ex-offenders, handling loss and isolation during lockdown, the impact parenting practices on child and adolescent behaviour, and Islamophobia.

Elle is an Associate Fellow of the British Psychological Society, a Senior Fellow of the Higher Education Authority, a Member of the Society for Personality and Social Psychology and a Member of the International Association for Relationship Research. She also plays a lead role in quality assurance and assessment in teaching and learning, inclusive practice and is a Faculty adviser on developing and supporting effective personal tuition practice.

When bosses know you’re at home with only Netflix as company there’s a greater expectation to be involved, says Elle Boag, associate professor in Applied Social Psychology at Birmingham City University. “Working from home has allowed people to gain access to you in a way they haven’t before,” she says. “When you're at the end of a FaceTime or Zoom meeting you can be contacted at the drop of a hat. People gain a sense of ownership, a belief that they have access to you all the time.”

Dr Elle Boag is an associate professor in applied social psychology at Birmingham City University. She explains: “Being slim has long been sold to us as the holy grail of the female body, and yet weight loss is not always treated with the positivity that might be expected.

‘Lockdown forces you to rethink the decisions you’ve made’: Why people are getting in touch with their exes in quarantine

This is not necessarily limited to people who are single, either. Dr Elle Boag, social psychologist at Birmingham City University, explains that being in lockdown with a partner who you don’t usually live with can bring to light numerous frustrations and anxieties about the relationship that leave you thinking about exes. “Spending so much time together can lead you to scrutinise your partner’s ‘annoying’ traits and compare them to past partners who might not have had such traits,” she says. But even this is fuelled by a false idealisation of your former relationships, whose even more annoying traits you might’ve forgotten. “There is a reason that you aren’t still together,” Dr Boag adds.

“It’s great that men and women are equals in the workplace, but what this means in reality is that women are effectively taking on twice the load,” says Dr Elle Boag, associate professor in social psychology at Birmingham City University. “Only too often we do the work, the domestic labour and the childcare (to be fair, sometimes these chores are shared). We’ve adopted this multitasking role and it’s become normative.” So, it’s no surprise that when we go to bed we find we can’t switch off.

Attachment and prejudice: The mediating role of empathy

Inside experience: Engagement empathy and prejudice towards prisoners

2014 Purpose – Research examining attitudes towards offenders assesses the attitudes of professionals working with offenders,rather than attitudes of those without any experience with offenders. The purpose of this paper is to examine whether prejudice towards offenders would decrease after engagement with incarcerated serious offenders, and whether any improvement would be explained by increased empathic responding. Design/methodology/approach – An experimental field study was conducted. A repeated measures questionnaire assessed empathy and prejudice at two time points: before and after engagement with serious offenders. Findings – As predicted experiencing actual engagement with convicted sex offenders and murderers within a prison environment did increase empathy and decrease prejudice towards ex-offenders. Research limitations/implications – All participants were applied criminology students and (prison visited) is not representative of prisons within HM Prison Service. It could be argued that responding was influenced by previous knowledge of criminal justice and penal systems. Future research should consider examining the impact of engagement on empathy and prejudice with a larger, naı¨ve sample and across different prisons. Originality/value – As the first (to the authors knowledge) to empirically examine attitude change of individuals with no personal experience of offenders this research has value to any person considering how social exclusion may be reduced at a societal level.

Does engaging with serious offenders change students' attitude and empathy toward offenders? A thematic analysis

Journal of Forensic Psychiatry and Psychology

2013 This article considers the role of engagement with prisoners on a one-day carceral tour (prison visit) as a function of reduced prejudice and increased empathy toward offenders. Eight reflexive accounts, completed by final year criminology students approximately two weeks after interacting with convicted serious offenders, prison staff and the prison environment were thematically analysed to locate indices of prejudice and empathy toward serious offenders. Reflexive accounts were examined for content reflective of three temporal points: (i) before the visit, (ii) during the visit and (iii) after the visit. Findings demonstrated that engagement appears to have a positive influence on increased tolerance and empathy toward offenders. However, the increased empathic responding only appeared to be indicative of perspective taking and not empathic concern. Possible explanations and future research directions are discussed as well as implications for training and policy context.