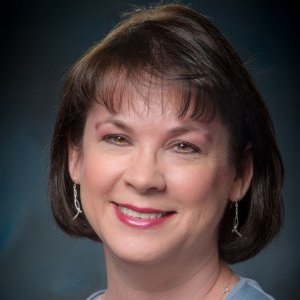 
Dr. Green is a nationally recognized expert in southern and women’s history. 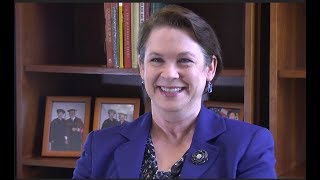 Dr. Elna Green, a nationally recognized expert in southern and women’s history, joined Augusta University in 2017 as dean of the Katherine Reese Pamplin College of Arts, Humanities, and Social Sciences.

Her goals include building new programs, integrating the humanities into other disciplines and making Pamplin a more visible presence on campus.

Dr. Elna Green, a nationally recognized expert in southern and women’s history, joined Augusta University on July 1 as the new dean of the Katherine Reese Pamplin College of Arts, Humanities, and Social Sciences...

After a national search for Pamplin Dean Charles Clark’s successor upon his retirement in June, the institution selected Dr. Elna C. Green, the associate vice president for Faculty Affairs at San José State University, for the position. She is scheduled to start July 1...

Relief from relief: The Tampa sewing-room strike of 1937 and the right to welfare Journal of American History

In July 1937 Mabel Hagan and her co-workers in a Tampa, Florida, sewing room went on strike. The sit-down was short-lived and unsuccessful. In a week's time, the workers were back at their machines, the leaders had been fired, and the entire event quickly disappeared from historical memory. In Tampa, a city with an impressive history of labor activism, strikes were common events, and this one seemed a minor skirmish. But the event was notable. The women involved were relief workers who made clothing and other items to be distributed to nonprofit organizations; their jobs had been created by the New Deal's Works Progress Administration (WPA). Although relief workers had staged other strikes across the country, very few had taken place in the South, and in 1937 Florida had yet to see one. Even rarer was a relief strike...

Protecting confederate soldiers and mothers: Pensions, gender, and the welfare state in the US south, a case study from Florida Journal of Social History

Southern states used their Confederate pension programs for several purposes. These state welfare programs served to bolster white supremacy, support Democratic party hegemony, and reinforce conservative gender roles. While male applicants for Confederate pensions were expected to demonstrate their continued loyalty to the "lost cause," female applicants were also examined for their sexual behavior. The Confederate welfare systems were thus heavily gendered. Although Southern whites embraced these welfare programs, they did not lead to Southern support for a federal welfare system...

There has been a great deal of recent literature about mothers' pensions, maternalist reformers, the Children's Bureau, race and social welfare, and gender and public policy. Michel synthesizes much of this wide-ranging scholarship and distills it into a tightly argued treatment of child-care policy in the twentieth-century United States. Like much work on American social welfare policy, this book explicitly asks why the United States has not adopted the same social policies as other "Western" "democratic" nations. That is, in this instance, why has the United States never instituted publicly funded child care as a fundamental right of all citizens much like public education?...