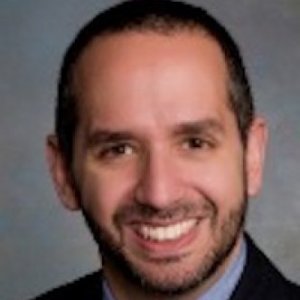 Misleading our children – is revisionist history harming the education of our nation’s students?

Historically inaccurate and biased social studies textbooks will likely end up in high school classrooms nationwide after they were adopted by the Texas State Board of Education in 2014. That’s the opinion of Emile Lester, associate professor of political science at the University of Mary Washington, an expert in church and state issues.

Dr. Lester, who reviewed the proposed textbooks at the request of a Texas watchdog agency, testified before the Texas Board of Education that the high school textbooks contained widespread errors and prejudices--including information that weakens the separation of church and state, minimizes how violence was used to spread Christianity and gives biased portrayals of Muslims and Islam. Despite his testimony, the Texas State Board of Education adopted the textbooks, a decision that could have national impact. Since Texas is a large purchaser of textbooks, these books will likely wind up in schools across the nation.

In other research Dr. Lester found that high school students who take a course in world religions are more tolerant of those who worship differently. A 2006 study, which he co-authored, considered the effects of the unique Modesto, Calif., public school requirement that all high school students take an extended course on world religions. His report, published by the First Amendment Center, finds support that this knowledge breeds support for the rights of others, provides a fuller appreciation for shared moral values among world religions, and does not encourage a change in the students’ own religious convictions. His findings received the attention of The New York Times, C-SPAN and USA Today, National Public Radio, and Voice of America.

Author of "Teaching About Religions: A Democratic Approach for Public Schools," Dr. Lester served on the Newseum panel, “Does GOD Make a Difference? Taking religion seriously in schools and universities” and was a featured panelist at the “God in American National Symposium on Religious Literary” hosted by PBS and the Pew Forum on Religion in Public Life. He also participated in a national symposium titled “Public Schools, Religion, and the First Amendment” in New York to promote conversation on how public schools, religion, and the First Amendment intersect.

Dr. Lester's new book, "Liberalism and Leadership," reevaluates the views of Arthur Schlesinger, the great liberal thinker, and the implications that President Obama's legacy has for Democrats, especially Joe Biden.

Liberalism and Leadership (With Good Reason)

Emile Lester says Schlesinger’s work can teach us a lot about what makes a successful liberal presidency.

After public outcry, Texas unlikely to ax references to ‘heroism’ of Alamo defenders from history curriculum

"I appreciate history is complicated," Emile Lester, a political science professor from the University of Mary Washington, told the board when he spoke in favor of removing the reference to Moses. "But sometimes right is right and wrong is wrong."

Texas Board Of Education To Vote On Social Studies Curriculum

Emile Lester explained “For example TEKS 1C of the high school government course asks students to view Moses as a major influence on our founding documents.

Take politics out of Texas classrooms

The ongoing textbook wars have embarrassed Texas for years.

"The quibble over wording here could not be more misleading," said Emile Lester, a report co-author and political science professor at the University of Mary Washington in Virginia.

University of Mary Washington Associate Professor of Political Science and International Affairs Emile Lester will be featured on the With Good Reason public radio program, March 28 to April 3. The show, “Secrecy in the ‘Sunshine Era,’” will include a segment regarding new history textbooks approved by the Board of Education in Texas that a commission of experts have claimed were pushing a specific ideology...

Learning about world religions in Modesto, California: The promise of teaching tolerance in public schools

After cultural and religious controversy in Modesto, Calif., community leaders attempted to increase tolerance and respect by requiring a unique world religions course for high school students. The first large-n empirical study of the effect of teaching about ...

How teaching world religions brought a truce to the culture wars in Modesto, California

Despite a growing consensus among scholars and activists about the importance of religion, proposals for teaching about it have often been a source of division rather than unity in American public school districts. Faced with familiar cultural conflicts, Modesto, California, ...

A More Neutral Liberal Education: Why Not Only Liberals, But Religious Conservatives Should Endorse Comparative Religious Education in Public Schools

If we value religious tolerance and autonomy, we must breach the silence about religion in public schools, and add a comparative religious education to the compulsory curriculum at the high school level. This education would expose students to a variety of ...

Many political scientists treat tolerance as a single, one- dimensional attitude and overlook that different areas of people's lives require different forms of tolerance. Their work assumes that religion is not essentially different from other ...

The Review of Politics

Political and comprehensive liberals are both pessimistic about finding a satisfactory way to resolve the debate over whether and how to expose students in public schools to religion. An examination of John Tomasi's Liberalism beyond Justice and ...

Texas students may soon be reading in their history textbooks that the American system of democracy was inspired by Moses, segregated schools weren’t all that bad and taxes imposed for programs like Social Security haven’t measurably improved society.